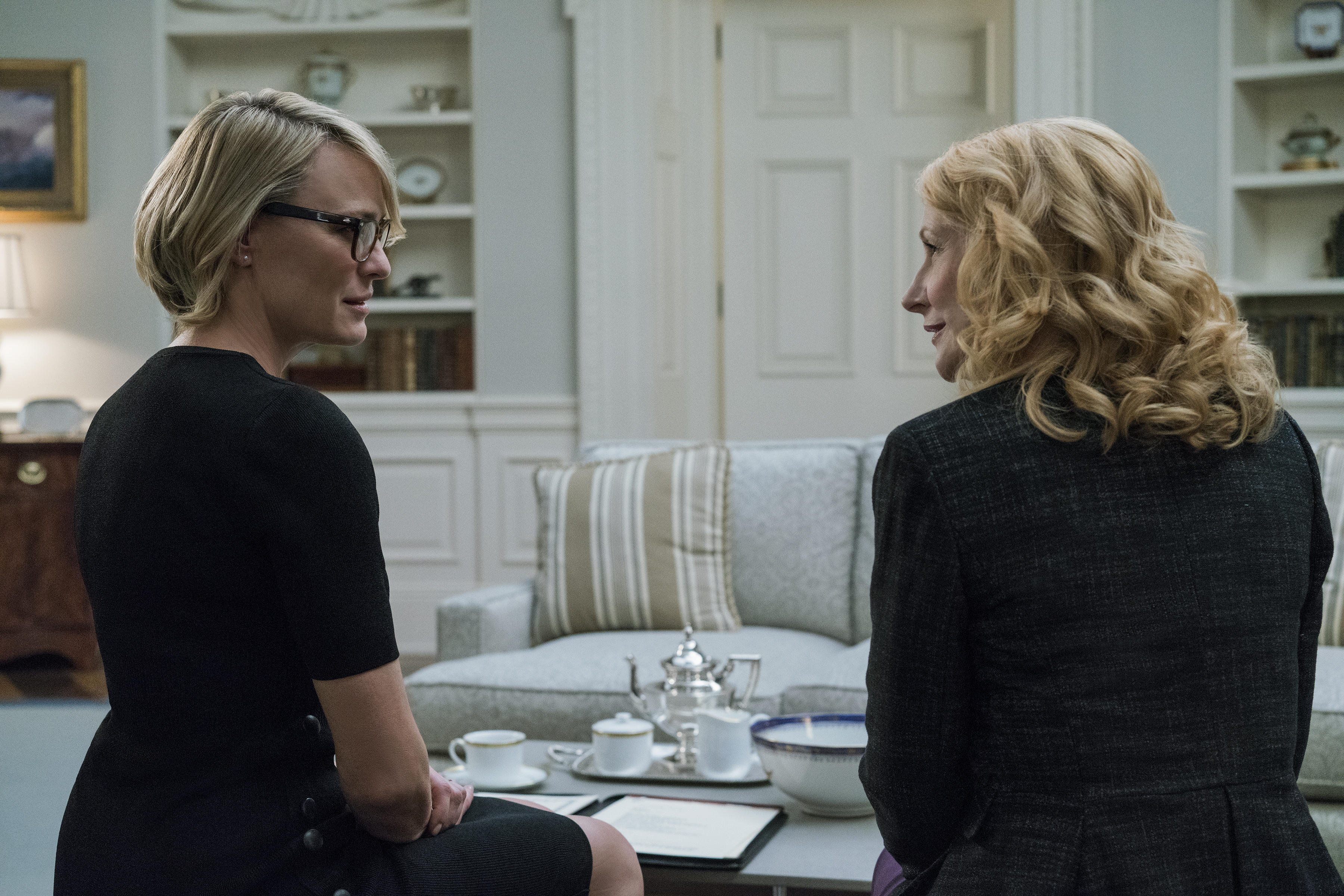 LOS ANGELES — "House of Cards" will return without its leading man. Netflix has announced that production will resume next year on the sixth and final season of the political drama.

Taping was halted in October amid sexual misconduct allegations against star Kevin Spacey. At the time, Netflix released a statement saying, "MRC and Netflix have decided to suspend production on 'House of Cards' season six, until further notice, to give us time to review the current situation and to address any concerns of our cast and crew."

In November, Netflix said it wouldn't be involved with the series if Spacey remained. Producer Media Rights Capital suspended him.

Netflix Chief Content Office Ted Sarandos told a conference Monday of the decision to move on with the show, Variety reported. The eight-episode season will focus on co-star Robin Wright instead of Spacey. No release date has been announced.

Netflix has said the decision to end the series was made before Spacey was accused of trying to seduce a teenager in 1986. He said he didn't recall it, but allegations by other men followed.

Spacey's rep has said he is seeking unspecified treatment.