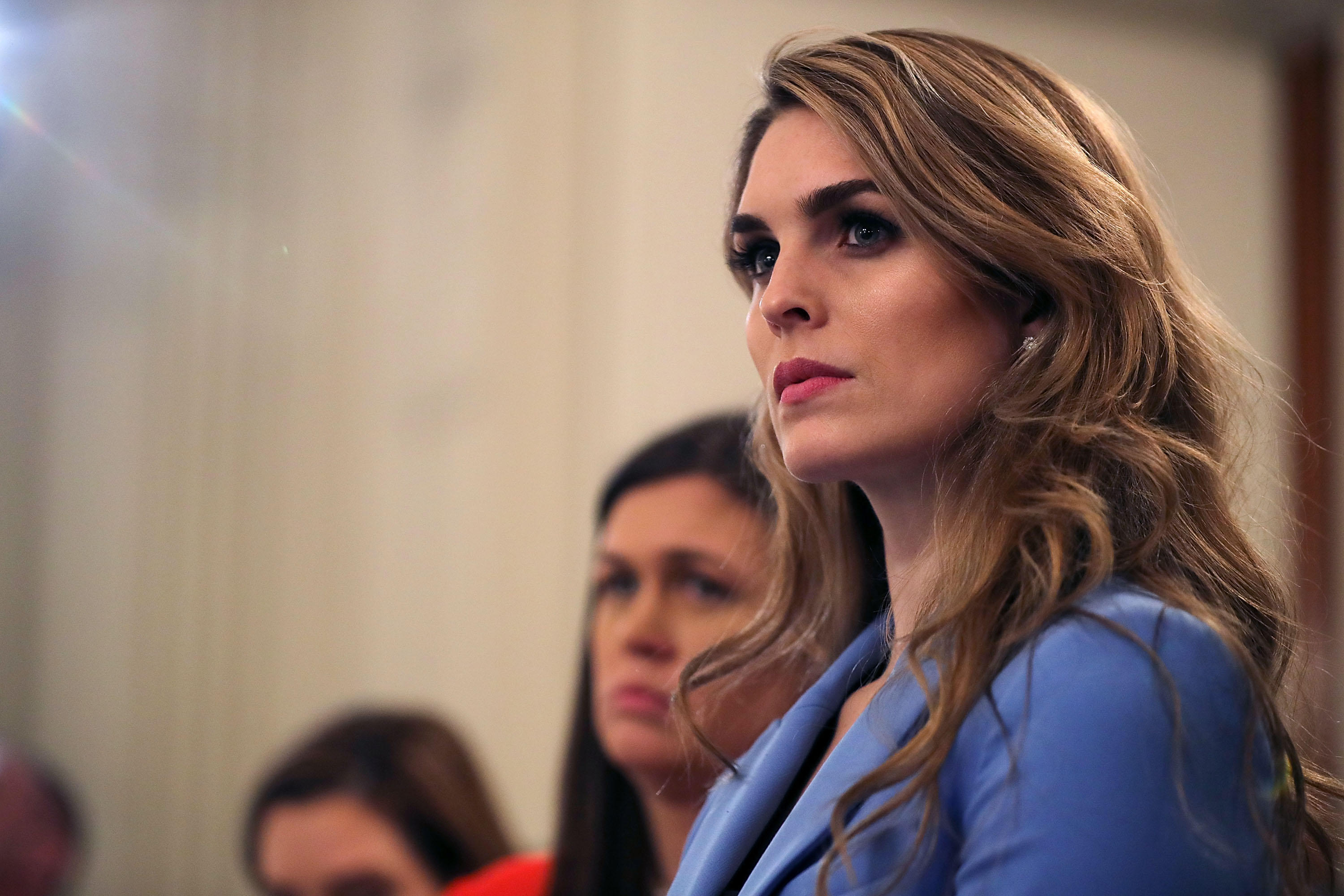 WASHINGTON -- Hope Hicks, the woman in charge of crafting President Trump's message, resigned Wednesday, a day after she told Congress she sometimes told lies for him, which she described as "white lies." Hicks, 29, is Mr. Trump's longest-serving and most trusted political aide. The White House said she has been weighing leaving her position for months.

Hicks testified before the House Intelligence Committee yesterday as part of its investigation into Russian interference in the 2016 U.S. election. Sources say she told the committee she occasionally told white lies, but never about Russia.

She has been at Mr. Trump's side for the past three years.

"Hope Hicks is a tremendously talented person," he said. "She started off with us right from day one."

She tried to stay out of the spotlight herself, but she was thrust into it earlier this month when news of her relationship with staff secretary Rob Porter became public. Porter was forced to resign after his FBI background check revealed domestic abuse allegations by two ex-wives.

The former model started her career working for Ivanka Trump and soon became part of the family business. She was one of the first people the president informed of his intent to run for office.

"I said, 'What do you know about politics?' She said, 'Absolutely nothing,'" Mr. Trump said. "I say, 'Congratulations, you're into the world of politics, right?' She knew nothing and she was there the first day and she was fantastic."

Hicks was by Mr. Trump's side through some of the rockiest moments on the campaign trail -- and had been working just outside the Oval Office.

The president said, "I will miss having her by my side ... and I'm sure we will work together again in the future."

Hicks is very close to the Trump family so her absence will be felt. She is the fourth communications director to leave the Trump administration. She had taken the role reluctantly last August after the sudden departure of Anthony Scaramucci.

The communications director job is a challenging one in any administration, particularly given Mr. Trump believes he is his own best publicist.

Hicks joins a long list of top aides to leave a White House just at the beginning of its second year.

There is no replacement yet, but chief of staff John Kelly is going to try to manager her departure to minimize disruption. There is always turnover at the end of the first year of an administration, due to burnout.

A close aide to Jared Kushner announced Tuesday he was leaving, but the churn in the Trump administration has been notable especially given that scandals have surrounded others.

Hicks is roughly the 18th official to depart.