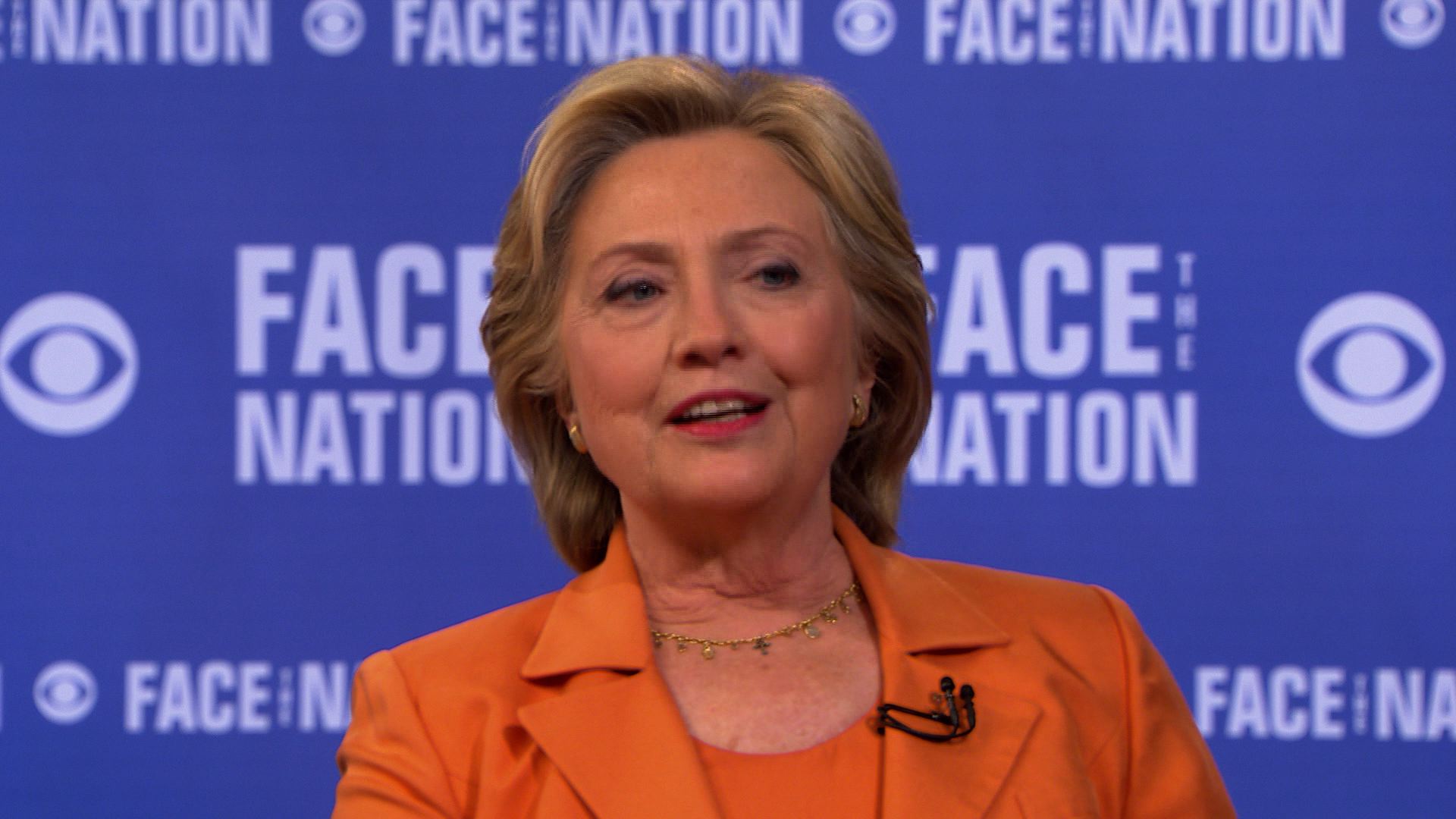 Democratic presidential candidate Hillary Clinton said Sunday that the United States should accept 65,000 refugees from Syria to help alleviate the humanitarian crisis created by the war there.

"We're facing the worst refugee crisis since the end of World War II and I think the United States has to do more," the former secretary of state said Sunday on CBS' "Face the Nation." "I would like to see us move from what is a good start with 10,000 to 65,000 and begin immediately to put into place the mechanisms for vetting the people that we would take in."

She said there should be a focus on admitting the most vulnerable, like persecuted religious minorities, or those who had been brutalized, like the Yazidi women.

Clinton also said, "I want the United States to lead the world," and said the United Nations Secretary General should call for a meeting at the upcoming U.N. General Assembly meeting in which countries make specific commitments about to provide money and aid.

Former Maryland Gov. Martin O'Malley, one of Clinton's challengers for the Democratic nomination, said earlier this month that the U.S. should accept 65,000 refugees.

The mass exodus of civilians from Syria has created a humanitarian crisis as hundreds of thousands of refugees attempt to enter Europe. Some countries have begun tightening their borders in an attempt to stem the flow of people.

White House Press Secretary Joshua Earnest said earlier this month that President Obama had directed his administration to begin preparing to admit at least 10,000 refugees. That would be a significant increase from the 1,500 it is on track to accept by the end of September, but still far less than the target number Clinton has proposed.

The former secretary of state was an early proponent of arming moderate rebels inside Syria at the beginning of the conflict in order to fight the regime of Syrian dictator Bashar al-Assad, but the administration did not begin a train and equip program until after she left her post as secretary of state, but has been plagued by problems. A top U.S. commander in the Middle East admitted last week that only four or five moderate Syrian fighters the U.S. trained still remained on the battlefield.

"Where we are today is not where we were. And where we are today is that we have a failed program," Clinton said. But she added later, "I wouldn't give up on train and equip, but I sure would push the Pentagon to take a hard look at why what has been done has been such a failure and what more we can do to support Kurdish fighters who are on the front line."

During the interview, moderator John Dickerson replayed Clinton's famous ad from the 2008 campaign that suggested she was best prepared to handle a crisis at 3 a.m. He asked if the attack on the U.S. diplomatic facility in Benghazi was the test she alluded to and asked her to evaluate how she handled it by the standard she laid out in 2008.

"It was terribly tragic what happened. I immediately asked for an independent review, just like former secretaries of state did. And I made that public," she said. "My view on this is we have to learn things. And we're always learning. We learned about Beirut, we learned after Tanzania and Kenya; we have learned after Benghazi. But we're not going to be able to represent the United States working out of hermetically-sealed tanks, we're going to have to be out in the world."

Clinton said she "never felt any political pressure" to spin the story as more favorable to the administration, one of the critiques that was leveled by opponents when then-U.N. Ambassador Susan Rice blamed the attack on an anti-Islamic video.

"I and other said that we were attacked, there was no doubt about that. That video, which was still spinning through the world, was being mentioned on social media. We had people climbing the walls of our embassy in Cairo even before the attack in Benghazi and we had a lot of other attacks," she said. "I mean, I had to call the president of one of our neighboring countries, Tunis, to get them to help protect our embassy."

A congressional committee investigation into the attacks later led to revelations that Clinton had used a private email server during her time as secretary of state. She maintains that everything she did was legal and allowed by the government, but apologized earlier this month and said it was a "mistake" to use a private email address.

"I'm sorry that I made a choice that has raised all of these questions because I don't like reading that people have questions about what I did and how I did it," Clinton said on "Face the Nation." "I'm proud of the work we did at the State Department and I'm really proud of all the career professionals I worked with, I'm proud of the people who came in with me."

She also said she is being "as transparent as possible" about follow up questions about the server.