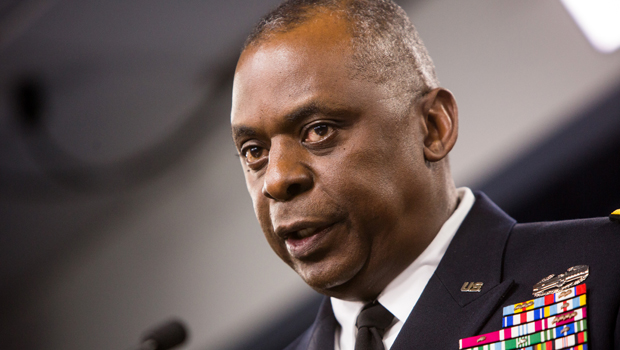 WASHINGTON -- Only four or five U.S-trained Syrian fighters remain on the battlefield against militants with the Islamic State of Iraq and Syria, the top U.S. commander in the Middle East acknowledged Wednesday in the face of withering criticism from senators who dismissed the training program as a "total failure" and demanded a change of strategy.

Gen. Lloyd Austin told the Senate Armed Services Committee that the U.S. is looking at better ways to deploy the Syrian forces, but he agreed that the U.S. will not reach its goal of training 5,000 in the near term.

Austin also vowed to take "appropriate action" if an investigation finds that senior defense officials altered intelligence reports on ISIS and other militant groups in Syria to exaggerate progress being made against the terrorist groups.

The first group of 54 U.S.-trained Syrian fighters was sent into Syria in late July. But a Syrian affiliate of al Qaeda attacked the group, killing several of the fighters and taking others hostage. A number of the remaining fighters fled.

Officially called the New Syrian Force, the contingent was trained by the U.S. military at a base in Turkey and sent across the border into Northern Syria, CBS News national security correspondent David Martin reported. But instead of fighting ISIS, they unexpectedly came under attack by al Nusra, a different radical Islamic group.

But what appeared to be a victory turned into a defeat when the rest of the New Syrian Force scattered, Martin reported. Some were captured by al Nusra. Some made it back to Turkey. Others were simply missing.

Until now, the U.S. has declined to say how many of that group of trained Syrian rebels remained in the fight. And Austin's revelation that it's only a handful only further inflamed the lawmakers' criticism.

The committee's chairman, Republican Sen. John McCain, called the U.S. strategy against ISIS a debacle. He said assessments by Austin and the Pentagon that the U.S. strategy is working is "divorced from reality."

And other senators focused directly on the stumbling training effort that takes months to identify and screen Syrian rebels for the program and has lagged far behind original goals.

"We have to acknowledge this is a total failure," said Sen. Jeff Sessions, R-Ala., said about the training. "I wish it weren't so, but that's the fact."

Congress has approved $500 million to train Syrian fighters. Officials have said fewer than 200 are going through training now.

Austin urged patience, saying that over time the trained Syrian fighters will be able to join other rebel groups fighting along the Syrian border.

Christine Wormuth, undersecretary of defense for policy, told senators that the U.S. is looking at how to speed up the recruiting and screening processes. But she said the current criteria for selecting rebels for the program is in line with what Congress initially authorized.

One of the problems has been that many Syrian fighters want training and equipment to fight the government forces of President Bashar Assad, but the U.S. program is limited to rebels who agree to only battle ISIS.

On the intelligence reports, a Defense Department inspector general began an investigation after an intelligence officer at U.S. Central Command lodged a complaint in July.

In his first remarks about the allegations, Austin, commander of Central Command, told the committee that he welcomed the investigation. But he said he could not comment directly until the review was over.

"I assure you that we will do everything in our power to make sure that the whistleblowers remain protected and that there is no retaliation. This is absolutely important," Austin said.

"Published media reports suggest that the CIA's estimate of ISIL's manpower has remained constant, despite U.S. airstrikes-which suggests that either they were wrong to begin with, or that ISIL is replacing its losses in real time. Neither is good," McCain said, using an acronym for the Islamic State of Iraq and the Levant, which is another name for ISIS.

"Indeed, this committee is disturbed by recent whistleblower allegations that officials at Central Command skewed intelligence assessments to paint an overly-positive picture of conditions on the ground," McCain said.

He said the committee was investigating the allegations.

"If true, those responsible must be held accountable," he said.

The Daily Beast says several dozen intelligence analysts at Central Command, which oversees the war effort, have formally complained that their reports on ISIS and al Qaeda's branch in Syria were being inappropriately altered by senior officials.

Rhode Island Sen. Jack Reed, the ranking Democrat on the committee, said it's important to wait for the Defense Department's inspector general to be finished before making any judgment.

"I have no doubt you take such allegations as seriously as we in Congress do," Reed said. "Like Sen. McCain, I expect the committee will be kept apprised of this investigation as it continues."

In his opening statement, Austin updated the committee on conditions in Iraq and Syria. Austin said the Iraqis must recruit and retain new forces or gains will be limited against ISIS.