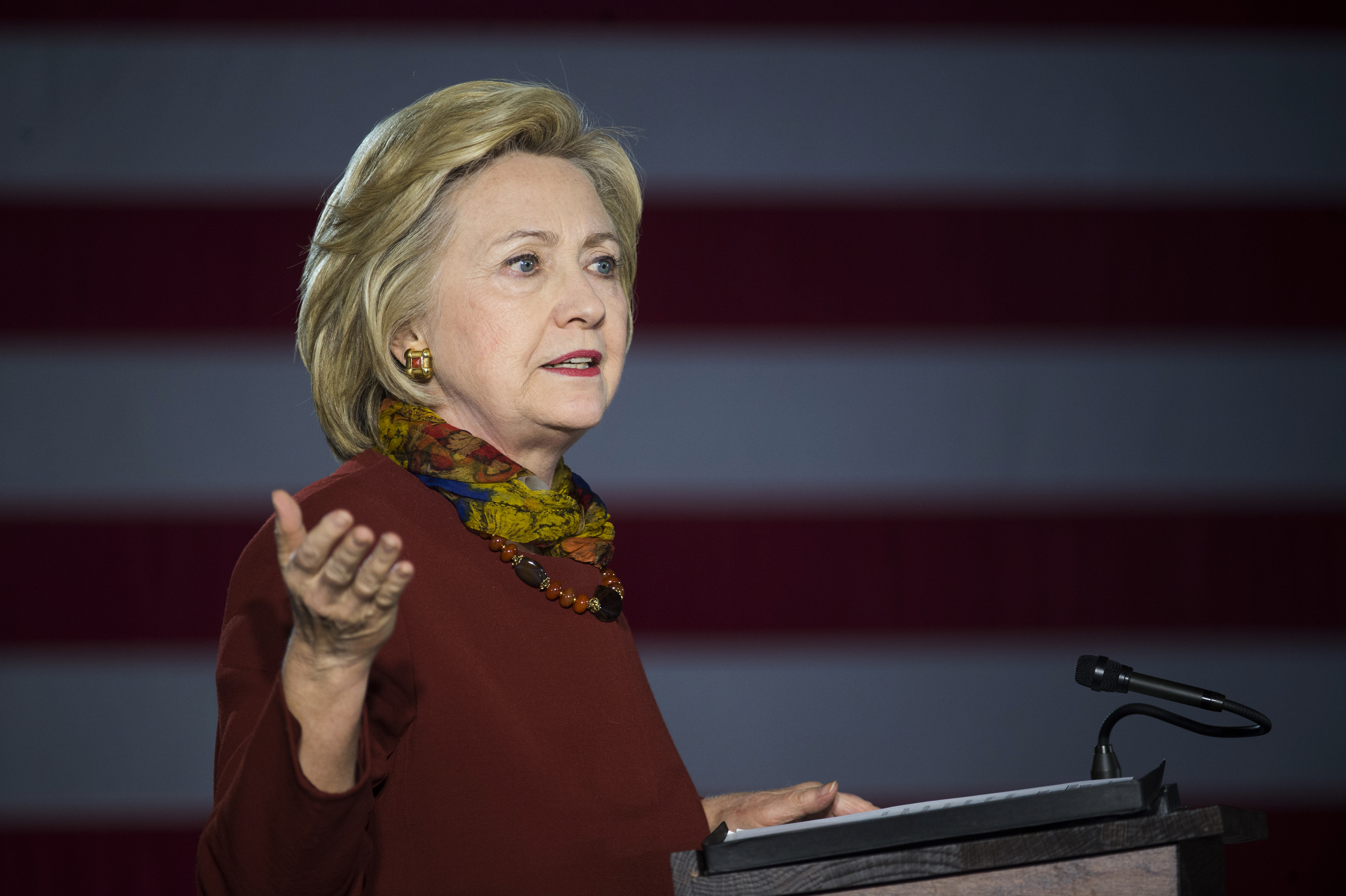 Hillary Clinton, in an interview with the Des Moines Register, responded to Donald Trump's use of "schl****d" to describe her loss to Barack Obama in 2008.

"I really deplore the tone of his campaign, the inflammatory rhetoric that he is using to divide people, and his going after groups of people with hateful, incendiary rhetoric," she said after a campaign event in Fairfield Tuesday. "Nothing really surprises me anymore. I don't know that he has any boundaries at all. His bigotry, his bluster, his bullying have become his campaign. And he has to keep sort of upping the stakes and going even further."

Trump said of Clinton at a rally in Grand Rapids, Michigan, Monday, "Even a race to Obama, she was gonna beat Obama," Trump said. "I don't know who would be worse, I don't know, how could it be worse? But she was going to beat, she was favored to win and she got schl****d, she lost, I mean she lost."

Since then, he has strenuously defended his use of the term, saying in a tweet, "'Sch****ed' is not vulgar. When I said Hillary got 'schl****d' that meant beaten badly." It's "not vulgar," he insisted in another tweet. He blamed the attention to the term on a "dishonest" mainstream media which understood the term to mean "beaten" in politics and was "giving it false meaning."

Clinton wouldn't weigh in on whether she thought Trump was targeting her as a woman when he made the original statement. "I don't respond to him personally, because he thrives on that kind of exchange," she told the Des Moines Register. "I think he has to answer for what he says, and I assume that others will make the larger point about his language. It's not the first time he's demonstrated a penchant for sexism. Again, I'm not sure anybody's surprised that he keeps pushing the envelope."