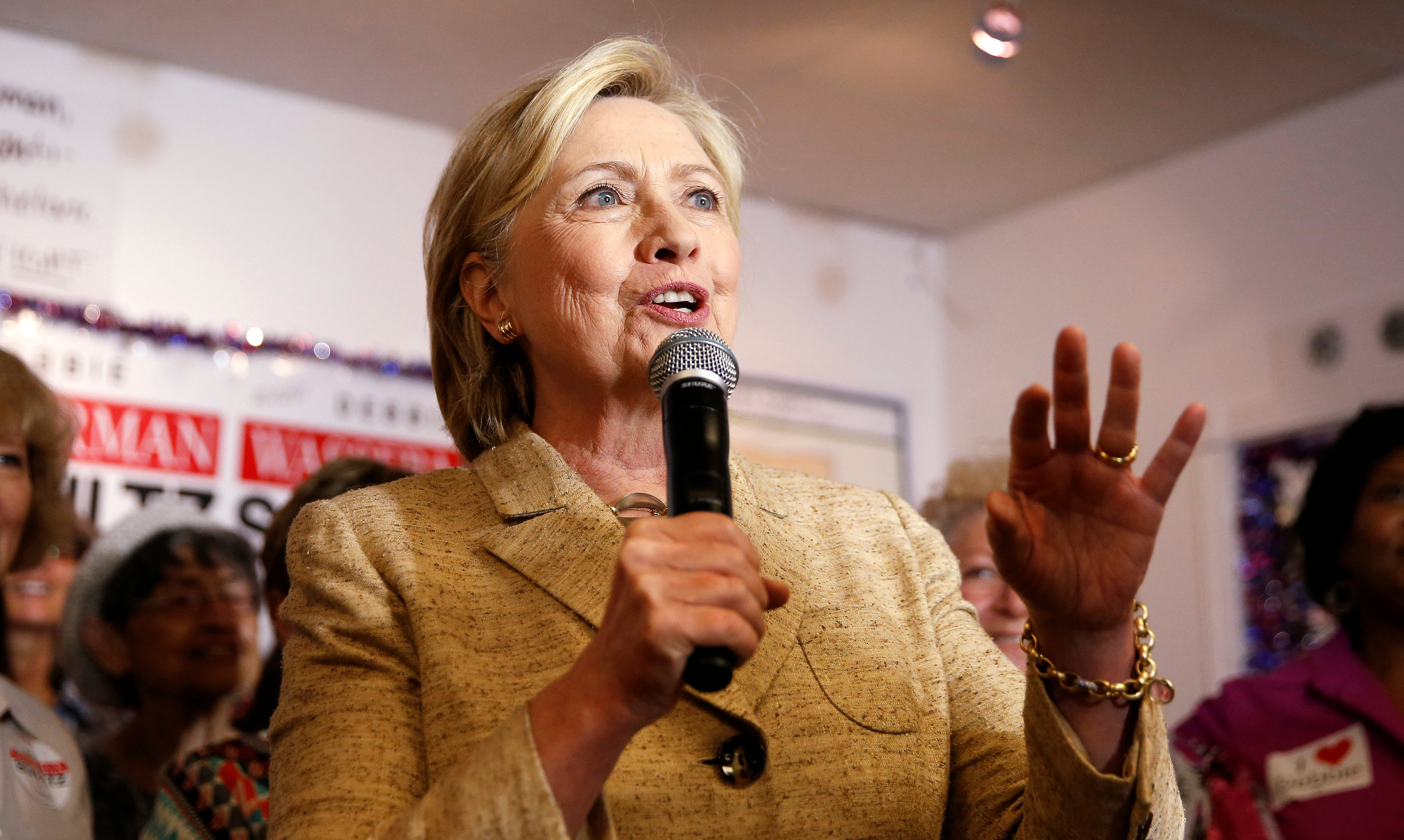 Hillary Clinton rolled out a comprehensive plan to address the needs of millions of Americans coping with mental health issues. The move reflects a change mental health experts have been pushing for for years -- an effort to fully integrate mental health services with the nation’s health care system. A leading physician’s group is backing the proposal.

The Democratic presidential nominee’s agenda would focus on early diagnosis and intervention and create a national initiative for suicide prevention. If elected, Clinton would hold a White House conference on mental health within her first year in office.

Clinton’s proposal would also aim to enforce mental health parity laws and provide law enforcement officers with the training they need to communicate with and better understand the needs of people grappling with mental health problems.

The criminalization of mental illness​ has been a major concern for physician groups such as the American Psychiatric Association, which issued a statement today saying it welcomes and supports the comprehensive mental health agenda introduced by Clinton.

“The clear acknowledgment that psychiatric and other illnesses need to be treated the same sets the stage for an integrated health care delivery system that treats the whole person,” APA President Dr. Maria Oquendo told CBS News.

In a statement issued by the organization, Oquendo said Clinton’s plan “is sweeping in nature and, if enacted, would greatly improve the nation’s mental health care system.”

“Her plan promotes early intervention and prevention, stronger enforcement of parity laws so psychiatric conditions are treated the same as other illnesses, and investments in brain and behavioral research. All of these measures are huge steps in the right direction,” the statement said.

Clinton’s plan aims to prioritize treatment over jail for low-level offenders, and to improve training of law enforcement officers in crisis intervention.

“Building on her longstanding commitment to health care for all, Hillary believes everyone should be able to access quality mental health care — without shame, stigma or barriers​,” Maya Harris, a senior policy adviser to Clinton’s campaign, said in a statement.

The former secretary of state held a town hall meeting by telephone with stakeholders on Monday during a three-day fundraising spree in the Hamptons. The policy rollout would overlap with a Clinton plan to address drug and alcohol addiction which she campaigned on in Iowa and New Hampshire after hearing frequently about the problems from voters.

The federal government estimated in 2014 that about 43.6 million adults in the U.S. had mental illness in the past year, or about 1 in 5 adults age 18 and over. It’s estimated nearly 10 million adults suffered from serious mental illness. Nearly one in five veterans returning from the wars in Iraq and Afghanistan experienced post-traumatic stress or depression.

Mental health problems affect children, too – including depression​, anxiety and eating disorders​. About 17 million children in the U.S. experience mental health conditions, including one in five college students, according to the National Alliance on Mental Illness.

Clinton’s agenda also noted that the overall rate of suicide in the U.S. has increased significantly, climbing 24 percent between 1999 and 2014 – now at its highest level in three decades.

Clinton’s campaign said the plan would attempt to integrate the nation’s health care system to create a more seamless way of providing both medical and mental health treatment to patients. It would expand the reimbursement systems for collaborative care models under Medicare and Medicaid that aim to treat patients through a team of health care professionals, including a primary care doctor, a care manager and a behavioral health specialist.

It would also be helped by a Clinton proposal to boost funding for community health centers that she announced earlier in the summer along with Vermont Sen. Bernie Sanders​, her primary rival.

These efforts, Oquendo told CBS, “will mean a healthier population since, without mental health, health is not possible. If enacted, her plan will help people all across this country who are directly or indirectly touched by mental illness.”