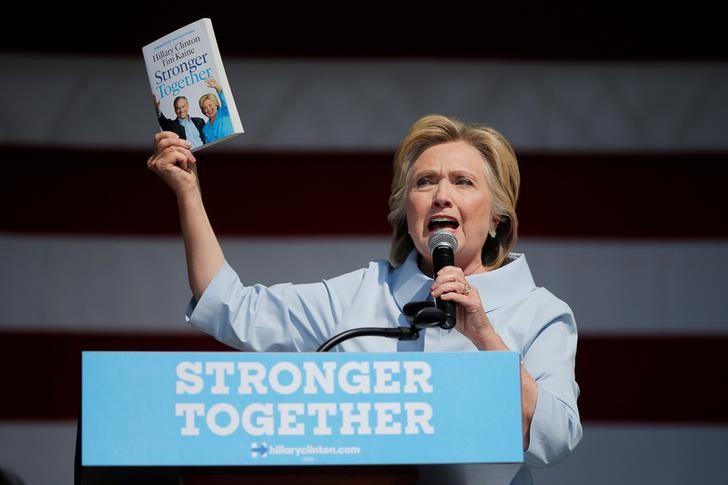 Hillary Clinton said Monday that she’s “really concerned” about Russia meddling in U.S. elections following the hacking attacks at the Democratic National Committee and other groups this summer.

“I’m really concerned about the credible reports about Russian government interference in our elections,” she told reporters aboard her new campaign plane.

The Democratic presidential nominee said that the fact that U.S. intelligence officials are looking into Russia’s role so far in hacking attacks “raises some grave questions about potential Russian interference with our electoral process.”

Clinton added that the U.S. must take threats from Russia, North Korea, Iran and China seriously.

“We are going to have to take those threats and those attacks seriously,” said Clinton, who has said that cyberattacks should be treated like any other attack on the U.S. and warrants a robust response.

Her remarks come after the FBI confirmed last week that hackers had accessed Arizona’s and Illinois’ state election databases over the summer.

Senate Minority Leader Harry Reid, D-Nevada, has asked the FBI to look into the possibility that Russia is trying to manipulate the U.S. presidential election​.