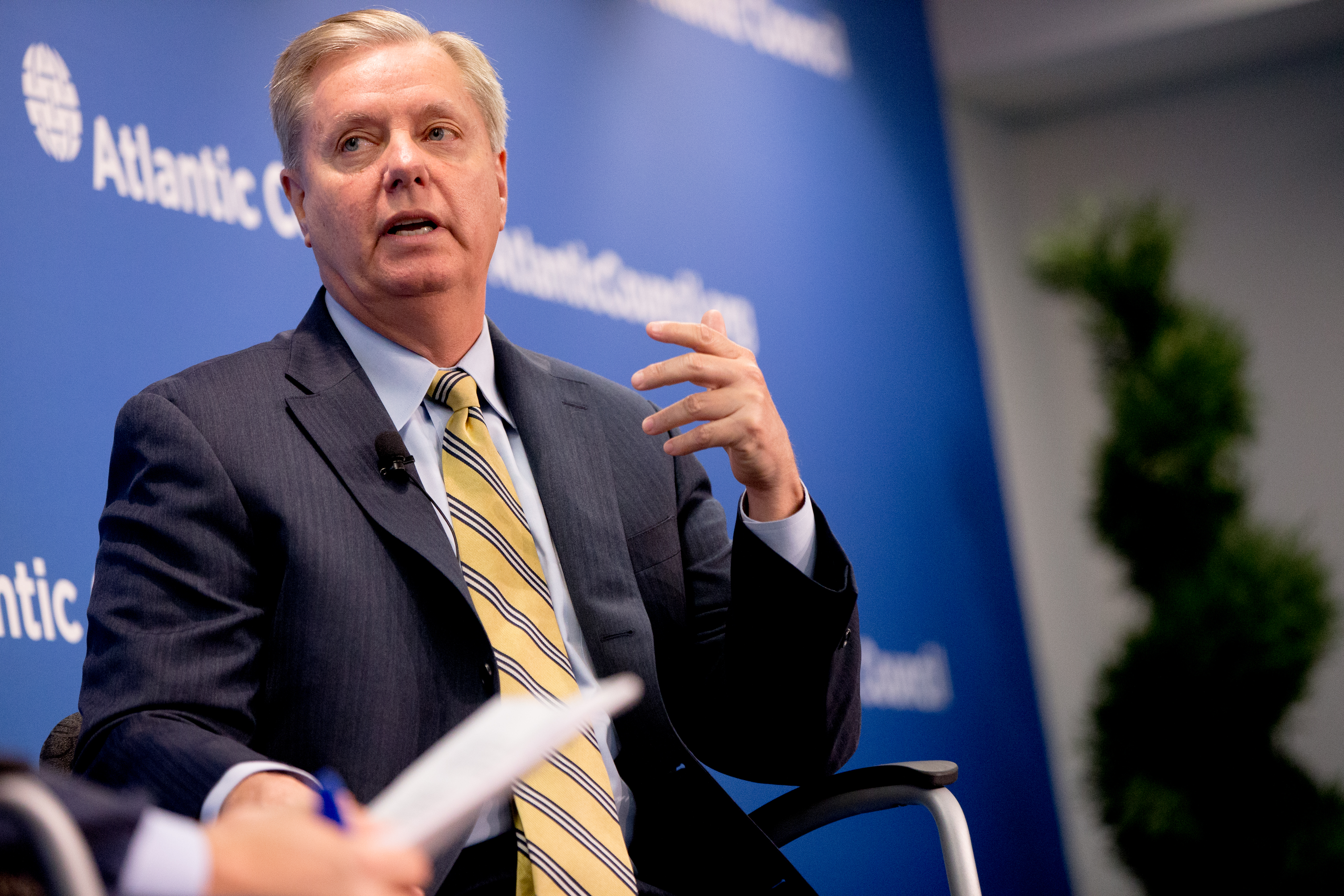 "Come to South Carolina and I'll beat his brains out. I know my state," Graham said in an interview with CNN Tuesday.

This isn't the first time Graham - who is polling at less than 1 percent in many surveys - has gone after the Republican frontrunner. In July, he called Trump a "jackass" on "CBS This Morning" after Trump insulted the war record of Graham pal Sen. John McCain, R-Arizona. Trump responded by giving out Graham's cell phone number during a televised rally.

But that hasn't silenced Graham. He also said in the CNN interview, "Donald Trump's pretty much an idiot on policy" and likened his immigration proposal to something that would have been proposed by anti-Communist crusader Sen. Joseph McCarthy.

"There's a dark side of politics that Mr. Trump is appealing to. Demagoguing immigrants, he's not the first guy to do this and he won't be the last and there's always a market for it, but it's not sustainable. It will ruin our party. If he becomes the nominee, we'll get killed, he said.

And if he is the nominee, Graham said, "We'll lose, and we should lose."

Graham also defended fellow candidate Jeb Bush, who has come under fire for saying that the term "anchor babies" mostly applied to "Asian people coming into our country, having children."

"Jeb Bush is a good man," Graham said. "When he said 'Asian people,' he wasn't being derogatory."

He echoed Bush in arguing that so-called "birth tourism" - where women arrange to give birth to a child on U.S. soil so they become a citizen - is most common among people from China and the Middle East.

"I think that cheapens citizenship. I'd like to change that one day after we clean up this mess. That's all Jeb was talking about," he said.