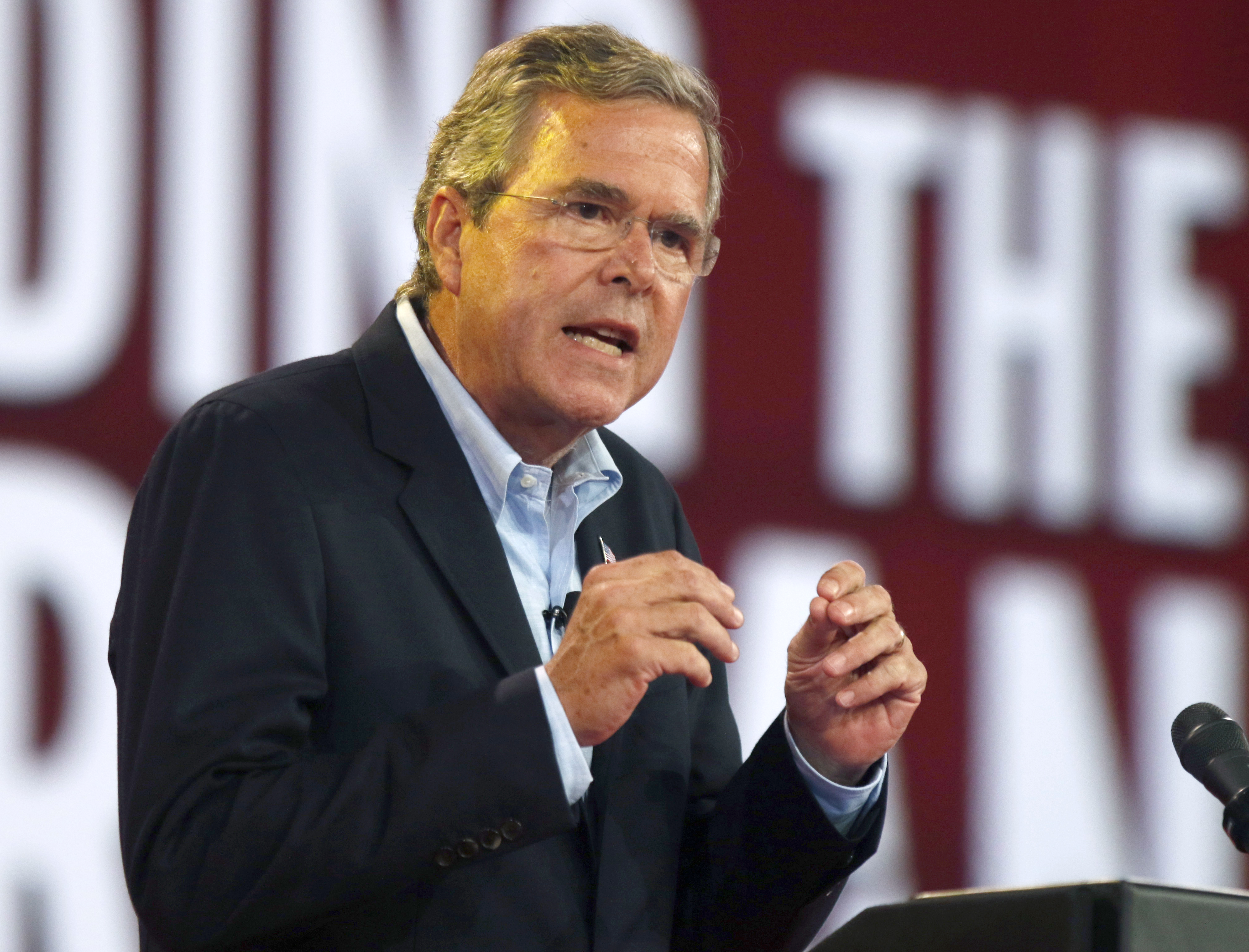 Republican presidential candidate Jeb Bush continued to try to put the outcry over his use of the term "anchor baby" behind him, telling reporters, "I think we need to take a step back and chill out a little bit."

Bush, who addressed reporters at a news conference in the border city of McAllen, Texas, went on to say, "As it relates to the political correctness that somehow you have to be scolded every time you say something, it's not fair to be taken out of context."

For several days, Bush has been trying to defuse the controversy over his use of the slur "anchor baby" in a radio interview last week. Hillary Clinton and even Republican presidential frontrunner Donald Trump, were quick to deride him during the previous week, albeit for different reasons. He was in McAllen Monday to meet with border officials to talk about the immigration enforcement challenges.

The former Florida governor protested, "I'm immersed in the immigrant experience. This is ludicrous for the Clinton campaign and others to suggest that somehow I'm using a derogatory term."

He added that the term was "more related to Asian people coming into our country, having children." He was apparently referring to what's known as "maternal tourism," in which pregnant women in China come to the United States to give birth to children who would then receive American citizenship.

When asked Monday how he'd describe the issue going forward, Bush responded, "This is so ridiculous - you give me the name you want me to use, and I'll use it," repeating what he said last week in New Hampshire.

The Florida Republican also fired back at Republican presidential frontrunner Donald Trump, calling the billionaire's immigration proposal "unrealistic" and warning that it would "cost hundreds of billions of dollars" and "violate people's civil liberties."

Earlier Monday, Trump had mocked Bush's trip to the border in an interview on Fox News, where he said, "I think it's great because he'll now find out it's not an act of love... it's rough tough stuff. This is not love, this is other stuff going on."