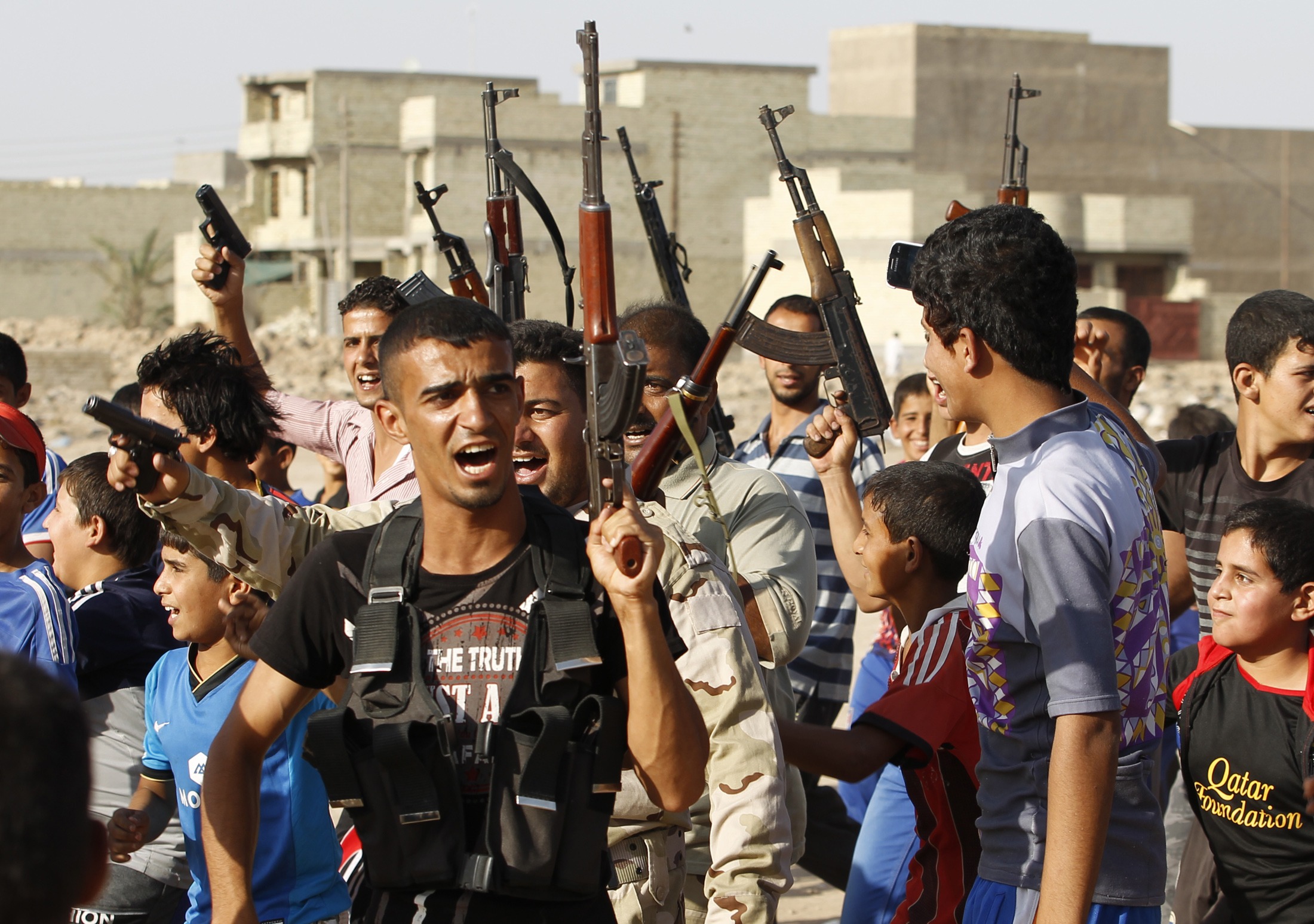 As Iraq continues to unravel, gripped by a bloody fight between the government of Prime Minister Nouri al-Maliki and militants with the Islamic State of Iraq and Syria (ISIS), Republicans said Sunday that President Obama's failure to secure an American troop presence in Iraq after the war is partly to blame for the escalating violence.

2012 Republican presidential nominee Mitt Romney said he made it "very clear" during his campaign that he thought the president should have pushed harder for a "status of forces" agreement with the Iraqi government to allow a residual U.S. force to remain in the country after the majority of troops withdrew in 2011.

"Not a massive military presence, but 10,000 or 20,000 troops, to provide the training and the intelligence resources that Iraq would need to keep things like this from happening," Romney told NBC. "The president said he wanted to get that done, and he didn't. And his failure to achieve that is one of the things that has led to the kind of crisis we're seeing today."

Romney clarified that the Iraqis "have to take primary responsibility for the failures of the Maliki government," but he said the president must share in the blame.

"We withdraw our forces in 2011, so the security environment falls apart," he said Sunday on "Face the Nation." "What is so heartbreaking is that we had this place in a good spot. They were playing politics, rather than killing each other. The decision to withdraw U.S. forces created a vacuum."

And in withdrawing, Graham told CNN, the president got exactly what he wanted.

"The Obama administration wanted to say: I ended the war in Iraq. I'm going to end the war in Afghanistan," he said. "This was as predictable as the sun rising in the east. I blame President Obama mightily for a hands-off policy when it comes to Iraq."

The administration and other Democrats pushed back, though, saying the president tried mightily to secure a status-of-forces agreement ahead of the U.S withdrawal. When that push was foiled by internal Iraqi politics, they said, the president was legally required to remove U.S. forces in the absence of an agreement for them to stay.

"We offered a status of forces agreement," said former National Security Adviser Tom Donilon on "Face the Nation." "Our president, our military leadership are not going to allow our armed forces to operate in an environment like that anywhere in the world without having the appropriate protection. And that wasn't forthcoming. And, indeed, the politics in Iraq at that point wouldn't allow it to be forthcoming."

"I wouldn't lay this at Obama's feet," added former Rep. Jane Harman, D-Calif., on "Fox News Sunday." "Remember that the Iraqis refused to agree to a status-of-forces agreement to keep us in Iraq."

And Sen. Joe Manchin, D-W.Va., slammed Iraq's political leaders for demanding American help to fend off an insurgency after they effectively forced the United States to leave the country outright in 2011.