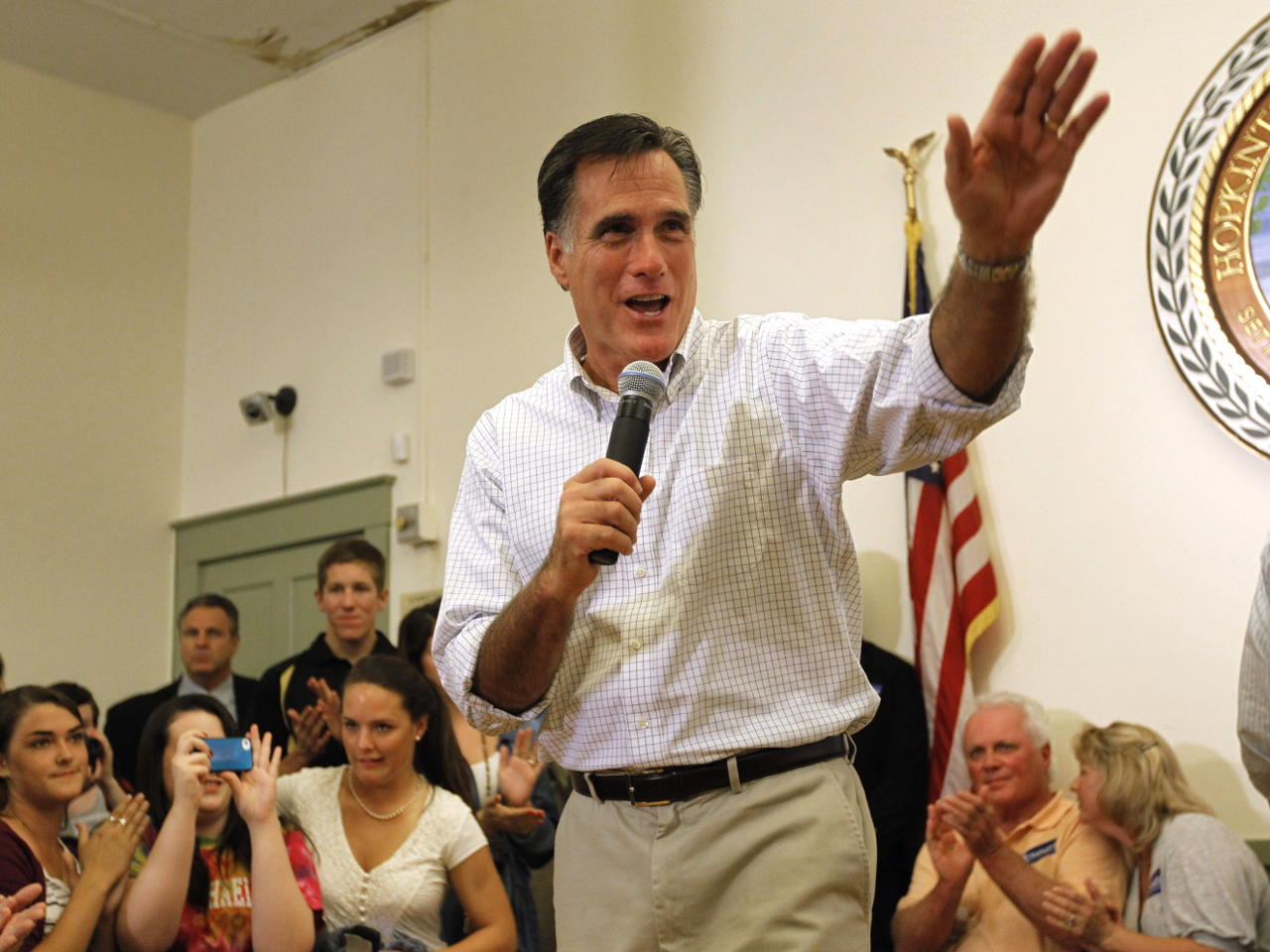 Republican presidential candidate Mitt Romney harshly criticized President Obama in the wake of the president's announcement that the United States will withdraw all troops from Iraq by the end of the year.

"President Obama's astonishing failure to secure an orderly transition in Iraq has unnecessarily put at risk the victories that were won through the blood and sacrifice of thousands of American men and women," he said. "The unavoidable question is whether this decision is the result of a naked political calculation or simply sheer ineptitude in negotiations with the Iraqi government. The American people deserve to hear the recommendations that were made by our military commanders in Iraq."

A deal to withdraw all troops from Iraq by the end of 2011 was negotiated in 2008, under the administration of former President George W. Bush. Over the past few months, Obama administration Iraqi officials reportedly worked on a deal to leave a few thousand military trainers in the country past the end of the year, but they could not come to an agreement because the Iraqis refused to grant U.S. troops immunity from prosecution in Iraqi courts.

The Obama reelection campaign responded to Romney's statement by saying Mr. Obama "kept his pledge to the nation to end the war in Iraq in a responsible way," and also by criticizing Romney.

"Mitt Romney didn't lay out a plan to end the war in Iraq in his foreign policy agenda - he barely even mentioned Iraq - but he is apparently willing to leave American troops there without identifying a new mission," said Obama for American Press Secretary Ben LaBolt. "Mitt Romney's foreign policy experience is limited to his work as a finance executive shipping American jobs overseas."

Romney wasn't the only GOP presidential candidate to attack Mr. Obama in the wake of the announcement. Texas Gov. Rick Perry suggested "President Obama is putting political expediency ahead of sound military and security judgment by announcing an end to troop level negotiations and a withdrawal from Iraq by year's end."

"The President was slow to engage the Iraqis and there's little evidence today's decision is based on advice from military commanders," he said.

Michele Bachmann called the decision "a political decision and not a military one," claiming "it represents the complete failure of President Obama to secure an agreement with Iraq for our troops to remain there to preserve the peace and demonstrates how far our foreign policy leadership has fallen."

"In every case where the United States has liberated a people from dictatorial rule, we have kept troops in that country to ensure a peaceful transition and to protect fragile growing democracies," she said. "We will now have fewer troops in Iraq than we have in Honduras - despite a costly and protracted war."

"We have been ejected from a country by the people that we liberated and that the United States paid for with precious blood and treasure," she added.

Jon Huntsman said Mr. Obama's decision "to not leave a small, focused presence in Iraq is a mistake and the product of his administration's failures."

"The president's inability to reach a security agreement leaves Iraq vulnerable to backsliding, thus putting our interests in the region at risk," he said. "An ideal arrangement would have left a small troop presence that could have assisted with the training of Iraqi security forces and vital counter-terror efforts."

Republican Sen. Susan Collins of Maine, who is not a candidate and who serves on the Senate Armed Services Committee, said she agreed with Mr. Obama's decision.

"Given the failure of the Iraqi government to agree on a new status of forces agreement that would provide essential legal protections to U.S. troops, I believe the President has made the right decision in withdrawing our troops," she said.

"I have never supported an open-ended and unconditional commitment of U.S. troops in Iraq," continued Collins. "However, I do remain concerned that many U.S. military officials have repeatedly said that they believe a residual force of U.S. troops might have to remain in order to continue training Iraqi troops to help ensure that the significant gains we have made there, at great cost to American blood and treasure, are not lost."