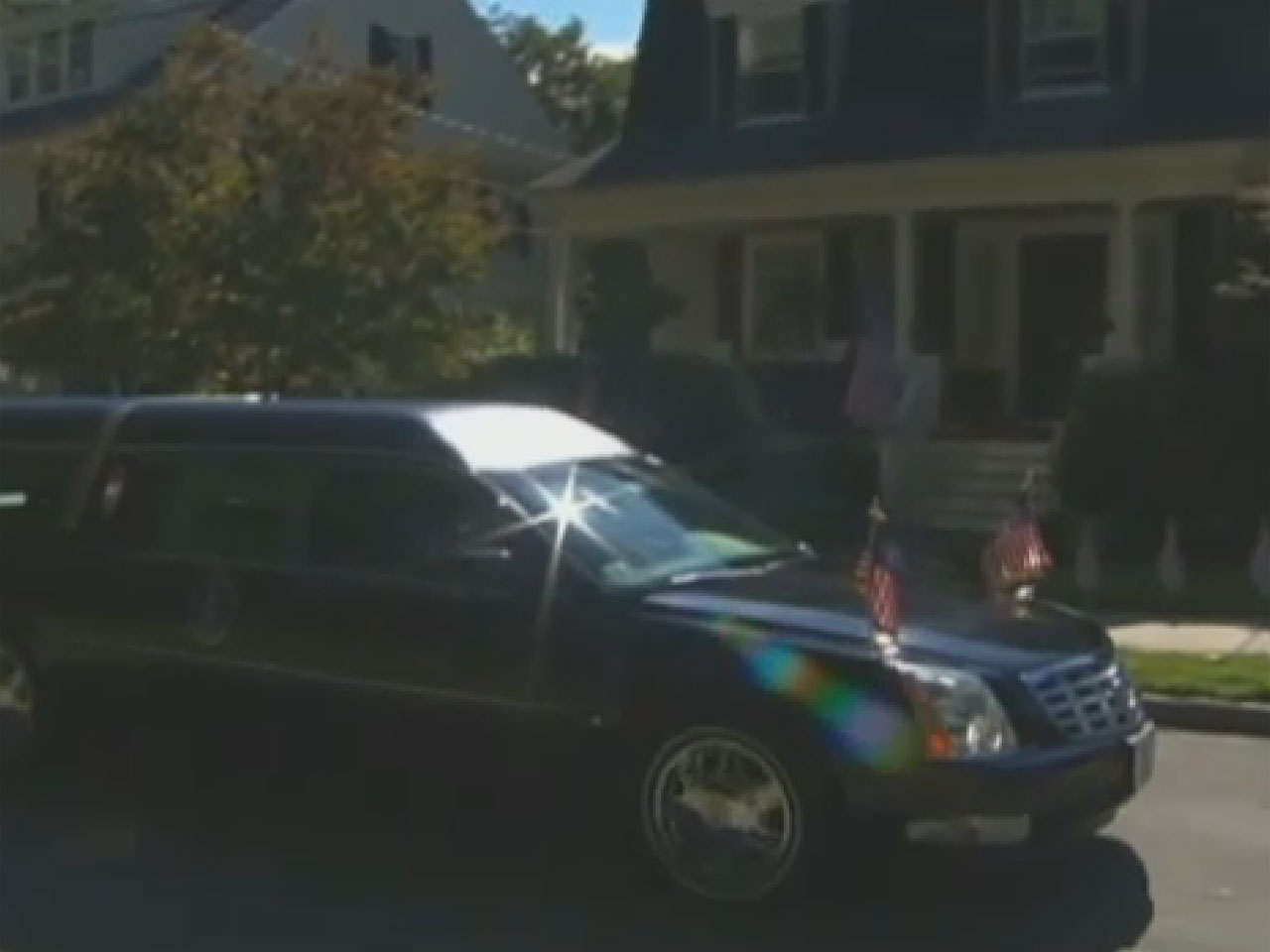 (CBS News) BOSTON - The funeral for Glen Doherty, the former Navy SEAL who was one of four Americans killed in the attacks on the U.S. Consulate in Benghazi, was held on Wednesday.

Community members lined the streets of his family's neighborhood in Woburn with American flags as well as the funeral route in Winchester, according to CBS station WBZ-TV in Boston. Some of the flags were made by local school children.

The hearse paused for a moment in front of Doherty's childhood home. Neighbors had decorated the house in his honor.

In a statement to WBZ-TV Doherty's sister, Kate Quigley , called him "our American Hero."

"Glen lived his life to the fullest," Quigley said to reporters outside their home according to WBZ-TV. "He was my brother but if you asked his friends, he was their brother as well."

President Barack Obama added in his weekly address Saturday that the Americans killed in Benghazi were "the very best of our country."

"This tragic attack takes place at a time of turmoil and protest in many different countries," Mr. Obama said, referencing protests in several countries against an anti-Islamic film produced in the U.S. "I have made it clear that the United States has a profound respect for people of all faiths. We stand for religious freedom, and we reject the denigration of any religion - including Islam. Yet there is never any justification for violence. There is no religion that condones the targeting of innocent men and women. There is no excuse for attacks on our Embassies and Consulates."

Doherty's wake was held on Tuesday at St. Eulalia Parish in Winchester, WBZ-TV reported. Many military and political members attended the wake, including Governor Deval Patrick.