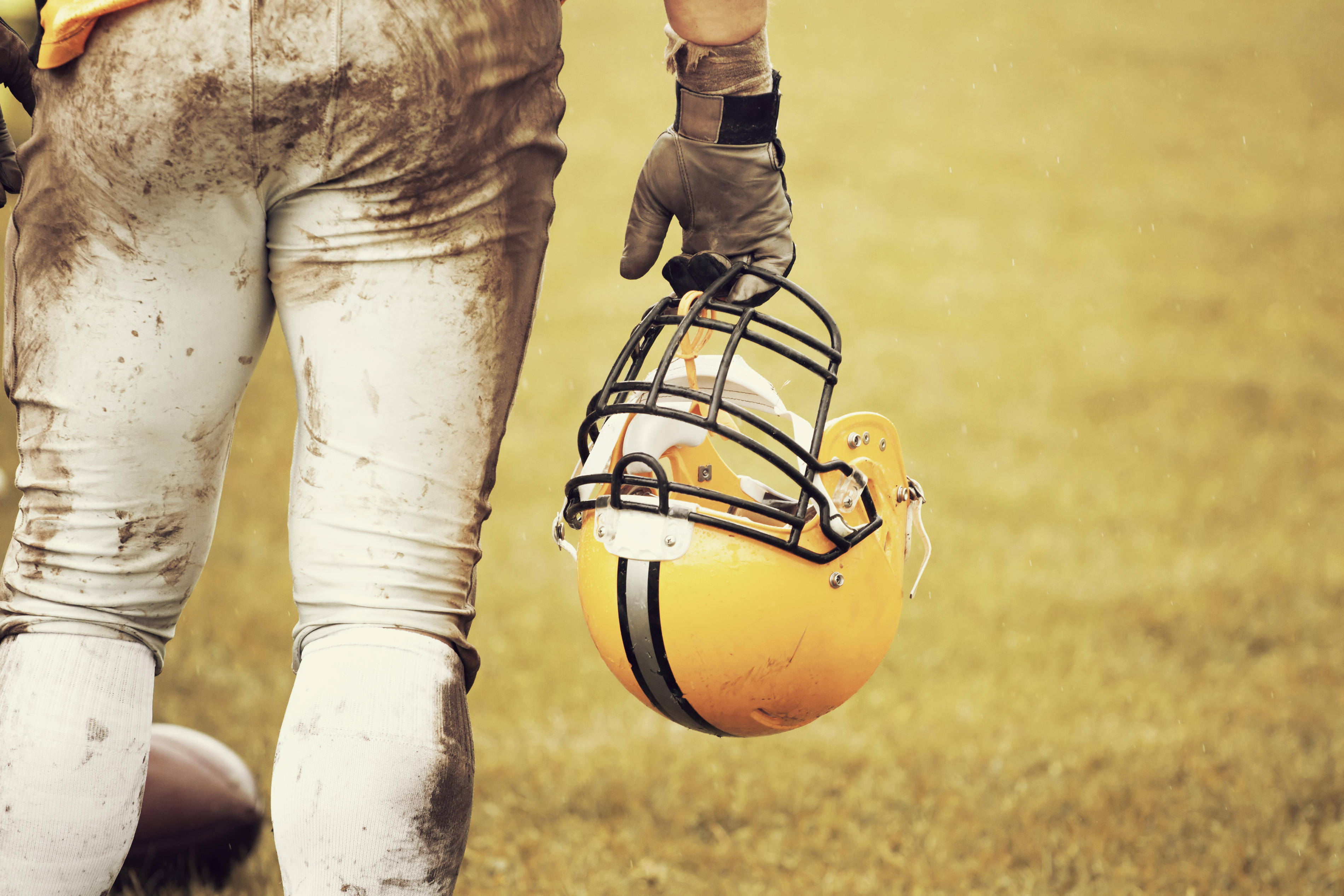 Athletes generally have better cardiovascular health than most people, but the new research by scientists at Massachusetts General Hospital and Harvard finds a link between football linemen and increased blood pressure and an enlarged heart.

“People invariably think all athletes are good and healthy, and in large part that’s true. Rowers and runners, for example, their hearts tend to get bigger but in a healthy way. But we wanted to look at the changes in the linebackers,” study senior author Dr. Aaron Baggish told CBS News. Baggish is an associate director of the Cardiovascular Performance Program at Massachusetts General Hospital in Boston.

On the field, one of the main jobs of the linemen is to block plays by their opponent. The bigger and stronger a lineman is, the better.

Prior research by the same group found an association between playing football for a single season and higher blood pressure, which can lead to a condition called left ventricular hypertrophy — an enlargement and thickening of the walls of the heart’s main pumping chamber.

The new study, published in the journal JACC: Cardiovascular Imaging, aimed “to validate the previous findings” about the development of high blood pressure in college athletes, “particularly those who play at the lineman position,” Baggish said. “And secondly, [to determine] if it makes changes in their heart muscles. Not healthy, adaptive changes, but ones that look like people in mid- to late-life with high blood pressure.”

To find answers, Baggish and his colleagues analyzed data on 87 first-year college football players who played between 2008 and 2014. Thirty were linemen and 57 played other positions. All of the players were part of the Harvard Athlete Initiative, an ongoing research project that tracks athletes’ health.

After their first season, 90 percent of the linemen met criteria for pre-hypertension — a top number between 120 and 139, and a bottom number between 80 and 89. Only 49 percent of non-linemen had a blood pressure reading above normal.

The researchers also analyzed results of a new imaging technique called strain echocardiography which measures how the heart contracts. Changes in blood pressure, especially in the linemen, were associated with a thickening of the heart walls and a “mild but significant decline in contractile function” — how effectively the heart is contracting or “squeezing.”

Baggish said the findings raise a number of questions, including why lineman appear to experience higher blood pressure more often than other players.

“It’s probably from a combination of things — weight gain, the diet they adhere to, perhaps the repetitive bouts of tackling,” he speculated

He pointed out that college football players often experience huge growth during those years.

“The vast majority of weight gain occurs during the college years. There’s a lot of pressure on young men who want to play in the NFL to get as big as possible, and that’s most important to the linemen. We’ll not uncommonly see a weight gain of 30, 40 or 50 pounds during college, which is huge,” Baggish said.

And what impact will elevated blood pressure starting at a young age have on their hearts long-term?

“Blood pressure should stay low throughout the lifespan. This concept that you can get away with anything when you’re young and not have it catch up with you is not necessarily true,” he said.

In an editorial accompanying the journal article, Zoghbi wrote, “The study sheds light on health differences within a sports team, depending on the position played, its needs and requirements,” and highlighted the fact that doctors and other health care providers who treat players should be alert for high blood pressure and the need to address it.

Dr. Michael Emery, co-chair of the American College of Cardiology’s Sports & Exercise Council, told CBS News, “This is actually a really good and well-done study. It looked at linemen, the really big guys. These are 300-pound behemoths, some of who are fatter than others.”

Emery, who was not involved in the research, also noted, “The interesting part is that a decent number of players in both groups [linemen and non-linemen] had that pre-hypertension range. But as linemen got through their first season, a 10 milliliter rise [in blood pressure] is pretty substantial.”

Emery said linemen have to adhere to training regimens that have weight goals and involve eating more, and it would be difficult for them to digress from that path.

“This is a tough one. I see a small number of patients like this. It’s tough. They want to play football. They’re good at what they do, but unfortunately, to be good just to play in college — let alone play in the professionals; less than 1 percent make it to the pros — this is what you have to be and have to do,” Emery said.

Team physicians need to keep an eye on metabolic symptoms in players, he said — monitoring their weight and blood pressure. Players with pre-hypertension should also be evaluated for sleep apnea, which can impact blood pressure.

“You can see it in some of these bigger younger guys,” Emery said.

More than 5 million people in the U.S. play football in a given year, according to the study authors. They said more studies are needed to figure out if minimizing weight gain and adding more aerobic conditioning would help those linemen and other players with blood pressure readings above normal.

Baggish also noted that as student athletes transition from pediatricians to college health providers and beyond, continuity of care is key.

“It’s a tricky thing — the transition from a pediatrician to an adult doctor. There’s discontinuity of care. We need to remind doctors on the receiving end that when you’re starting to care for athletes at 18 or 19, the first thing is to stimulate awareness of the fact that young football athletes are at risk for high blood pressure. It’s so simple yet commonly overlooked,” he said.