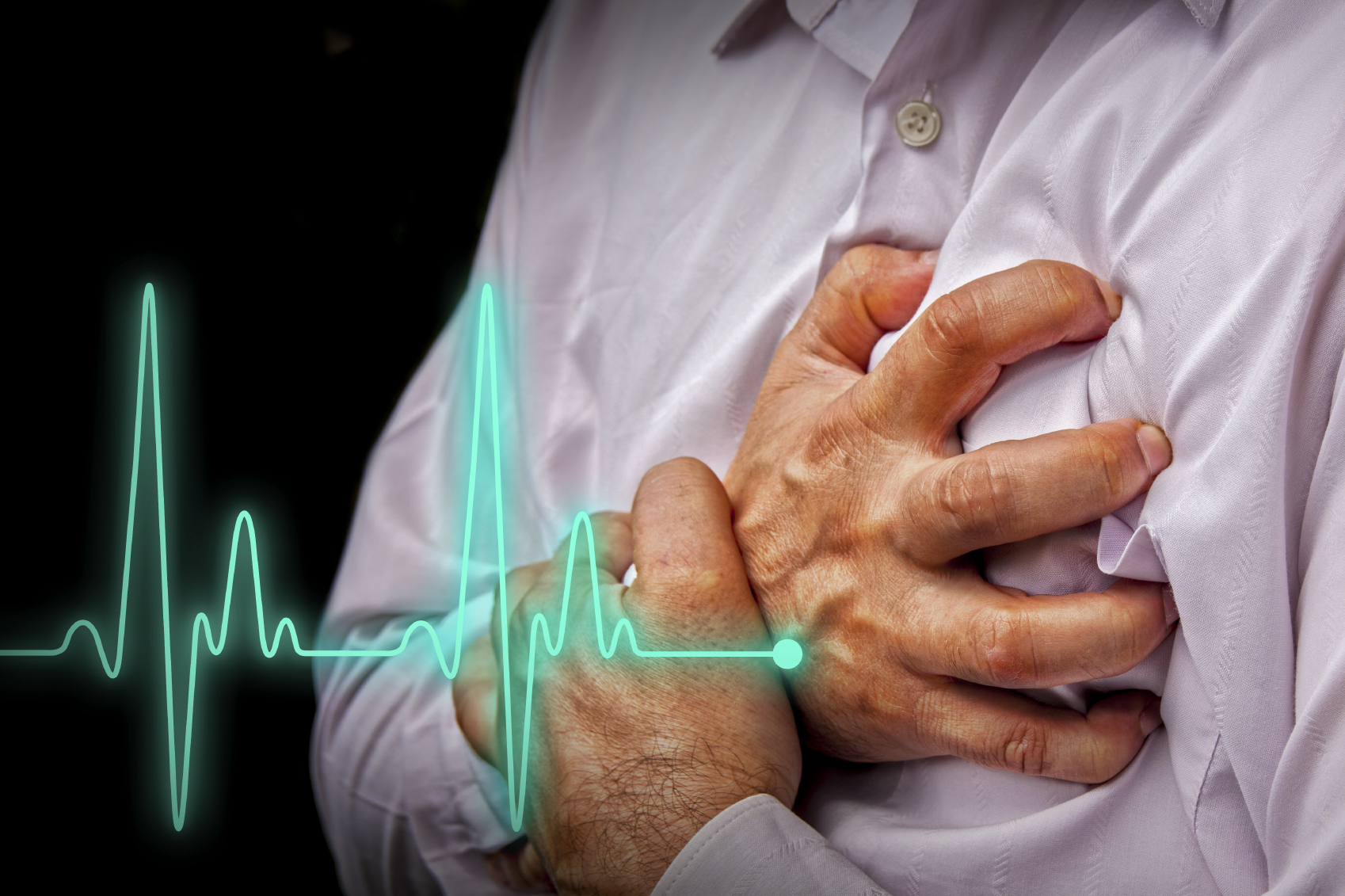 Sudden cardiac arrest, a deadly condition that occurs when the heart unexpectedly stops beating, has long been a conundrum for heart doctors. It kills more than 300,000 Americans each year, and was generally believed to strike without warning.

But a new study in the Annals of Internal Medicine suggests that sudden cardiac arrest may have warning signs after all.

Senior author Dr. Sumeet Chugh said their research, which included 839 patients between the ages of 35 and 65, found that many patients experience warning symptoms in the days or weeks before having a sudden cardiac arrest.

"We used to think sudden death happens without warning, or very little warning -- a few minutes or an hour," said Chugh, the medical director of the Heart Rhythm Center in the Cedars-Sinai Heart Institute, and the Pauline and Harold Price Chair in Cardiac Electrophysiology Research.

Their study made the surprising discovery that about half of patients who have a sudden cardiac arrest first experience symptoms like intermittent chest pain and pressure, shortness of breath, palpitations, or ongoing flu-like symptoms such as nausea and abdominal and back pain.

Yet 80 percent of them ignore their pre-arrest symptoms.

"When these symptoms happen, in about half the people who have SCA [sudden cardiac arrest], the vast majority don't act upon the symptoms, and that's very perplexing," Chugh told CBS News.

He said the ones who did respond to the early symptoms seemed to have a better outcome than those who didn't.

With sudden cardiac arrest, the pumping action of the heart stops, causing blood flow to the rest of the body to stop. It is fatal about 90 percent of the time.

"The prognosis for sudden cardiac arrest is really dismal," said CBS News medical contributor Dr. Tara Narula, a cardiologist at Lenox Hill Hospital in New York. "It strikes people in the prime of their life, around the age of 65. And even when they recover, many are left with neurological damage," such as hypoxic brain injury from lack of oxygen.

"The most important thing is not to minimize or ignore the symptoms," Narula said, "especially if they are symptoms like chest pain or shortness of breath, and especially if you have risk factors for coronary heart disease, which causes 70 percent of cardiac arrest."

Chugh said much more research needs to be done; they don't have enough information yet to offer concrete prevention strategies the way doctors have for, say, diabetes, where patients can take protective steps when warning signs and symptoms first start to appear.

But identifying the warning signs is an important first step.

"This is chapter one. We really want to send out the message that there is an opportunity here we never knew existed. We thought when SCA happens, you call 911 and it's curtains for 90 percent of people. No matter how fast we get there, at the most, we save 10 percent of people who have a cardiac arrest. There is no condition known to man where you have the chance of dying within 10 minutes," he said.

"This is what people don't understand. As each minute goes by, there's a 10 percent less chance of survival. If the paramedics get there in 10 minutes, you're gone."

Chugh said the goal isn't to create panic about symptoms that may indicate something more minor in most patients.

"All we can say very broadly is, people who are known to have heart disease, if they have unexpected out-of-ordinary symptoms, they should seek health care," and that a combination of heart disease, genetic characteristics, and triggers are likely at play, he said.

"This new research suggests for a lot of people, not only do we have four hours but we might even have four weeks."