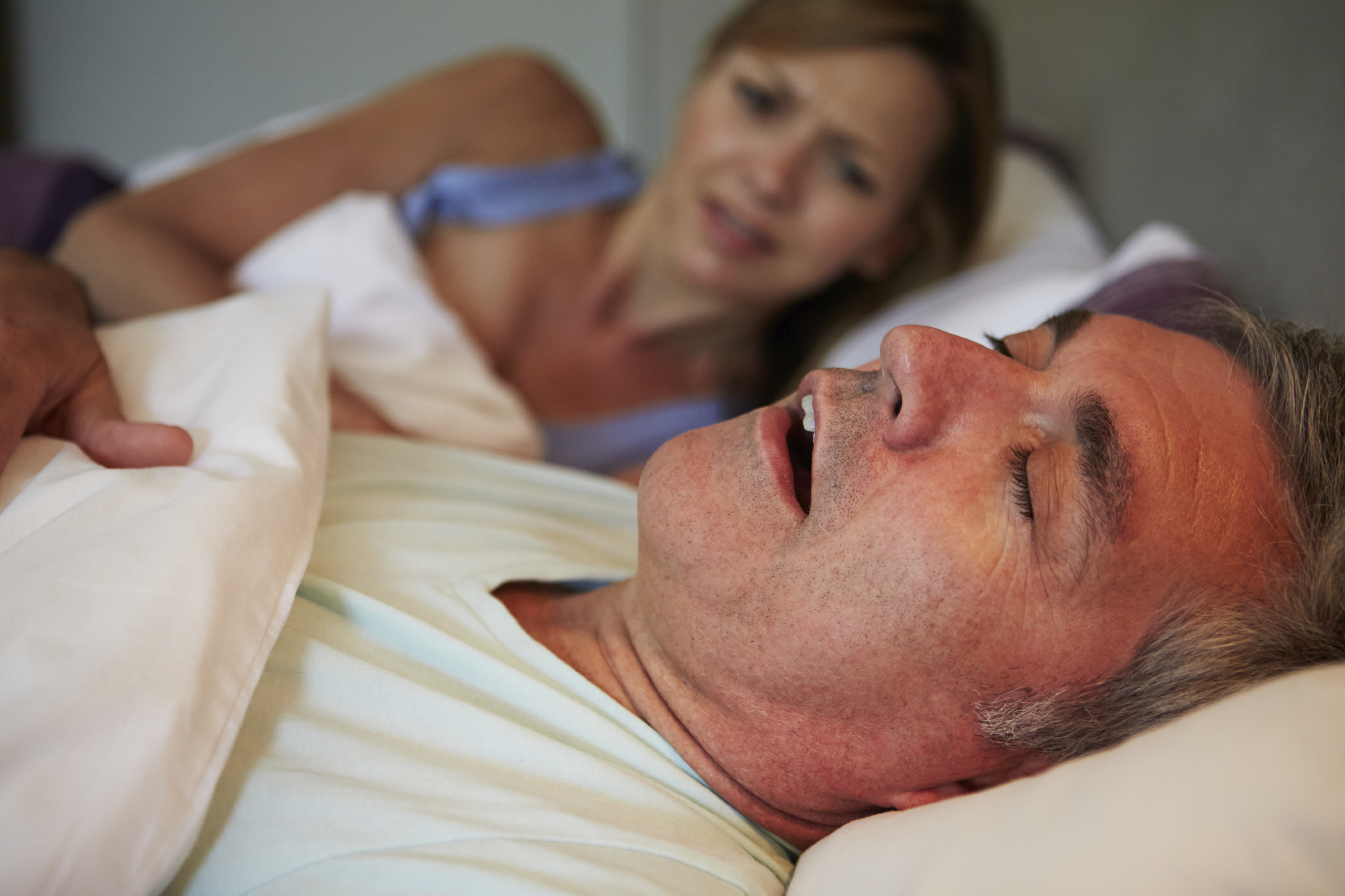 Chronic snoring is certainly a nuisance to those living with sleep apnea (and perhaps even more so, their partners), and it can also take a huge financial toll. A new report released by the American Academy of Sleep Medicine (AASM) today puts a dollar amount on what sleep apnea actually costs the U.S. -- and the results are staggering.

An estimated 29.4 million American adults suffer from sleep apnea, or about 12 percent of the U.S. population, the authors say.

The condition is characterized by repetitive episodes of disrupted breathing from a complete or partial upper airway obstruction during sleep. It results in snoring or gasping or choking during sleep, often many times each night, which can lead to daytime sleepiness and fatigue.

These side effects have costly real-life consequences. According to the study, the annual economic burden of undiagnosed sleep apnea among U.S. adults is approximately $149.6 billion. This includes almost $87 billion in lost productivity, $26 billion in car crashes, and $6.5 billion in workplace accidents.

Untreated obstructive sleep apnea can also contribute to the risk of other serious health problems, including hypertension, heart disease, diabetes, and depression. As such, the authors estimate that undiagnosed sleep apnea leads to $30 billion a year in increased health care and medication costs related to these co-occurring health risks.

According to the report, if every patient in the U.S. who has sleep apnea were diagnosed and treated, it would result in an annual economic savings of just over $100 billion.

To arrive at their calculations, the study authors reviewed more than 100 studies on the impact of sleep apnea and interviewed experts in the fields of economics, sleep medicine, productivity, mental health, and accidents. They then constructed detailed financial models taking into account treatment fees pulled from public sources.

A second report by the AASM based on a survey of 500 patients found that participants reported better sleep, greater productivity, and a 40 percent decline in work absences after undergoing treatment for sleep apnea. About 78 percent said their sleep apnea treatment was a good investment.

Treatments for sleep apnea include weight loss and continuous positive airway pressure (CPAP) therapy, a machine that helps keep the airway open by providing a stream of air through a mask that is worn during sleep.

"Patients often report that they feel like a new person after receiving treatment for sleep apnea," said Chervin. "Restoring and maintaining healthy sleep is essential for the achievement of optimal health. We encourage people to seek care from a board-certified sleep medicine physician if they experience any symptoms of a sleep disorder."

In an accompanying editorial, Dr. Nathaniel Watson of the University of Washington Medicine Sleep Center and the immediate past president of the AASM called for "more aggressive and comprehensive" testing and treatment of sleep apnea.

"Dramatic improvements to individual health and public safety, and significant health care savings, can be achieved through comprehensive diagnosis, treatment, and long-term management of OSA [obstructive sleep apnea]," he wrote. "For a health care system that prioritizes services with lasting value, OSA diagnosis and treatment is a bargain."