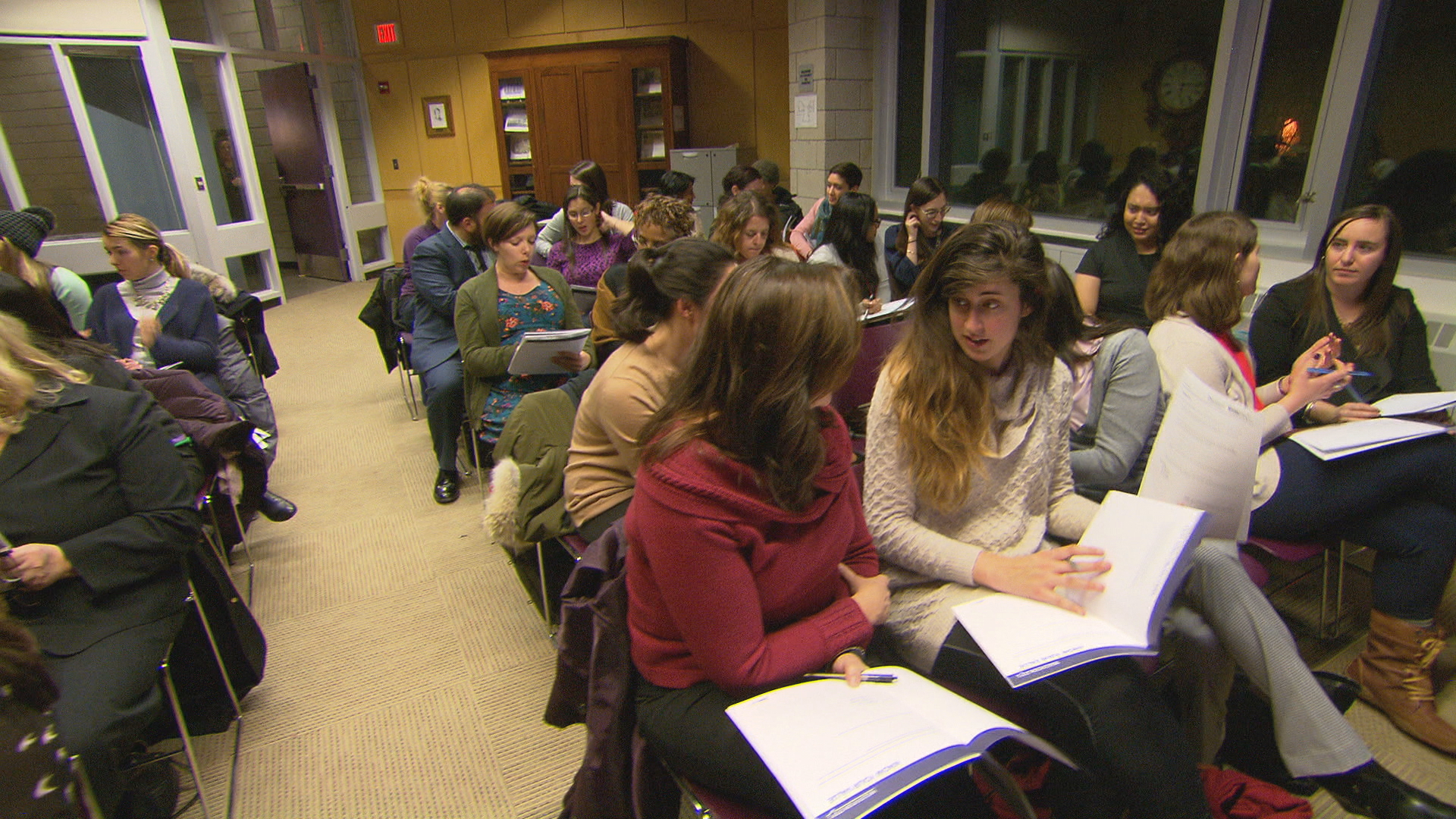 The gender pay gap is no relic from the past.

Today, women earn, on average, just 79 percent of what men make in the U.S. The disparity has grown smaller over the decades, but with progress stalled, women are looking for innovative ways to close the gap, reports CBS News correspondent Michelle Miller.

Megan Costello guides a room full of women through the art of salary negotiation. It's for women who believe they're underpaid and undervalued.

"Women over the course of their lifetime of their careers make about a million dollars less than their male counterparts. And I don't know about you, but I want my million dollars!" Costello told them.

"There is a wage gap that exists at every level and every workplace," Costello said.

So Costello wants women to start asking for more.

"I promise you, the men are asking and it's important that we do the same," she told the women.

For some minorities, it's even worse - black women are paid 63 cents and Latinas just 54 cents for every dollar a white man makes.

This issue is echoing around the 2016 campaign trail.

"I know we can do this and we can make it fairer," Democratic front-runner Hillary Clinton said at an Indiana caucus event.

"I would hope that every man in this room would stand with the women," Bernie Sanders said while campaigning in Indiana.

"I do, I love equal pay," Republican front-runner Donald Trump said at a rally in New Hampshire.

And yet, the problem remains -- although equal pay is actually required by law.

"That's why we shouldn't be doing this. We shouldn't be having this conversation. Unfortunately, we are," said Boston Mayor Marty Walsh.

Walsh is partnering with the American Association of University Women to offer free salary negotiation classes to women.

"How do they push back, and push back without fear of repercussions, but also push back in a way that men often do?" Walsh said.

And they've been showing up to learn how to drive a hard bargain.

"I realized I didn't have the negotiation skills for how to do a salary negotiation. It felt like a deficit I could address," said one participant, Sabrina Selk.

"I had no idea that you can actually go 20 percent above your target when you are negotiating your salary so that's 100 percent something I'm going to use going forward," said another participant, Sarah Merlin, a designer.

Costello, who works for the mayor, oversees the program.

"We know that when women are paid equally, it helps with retention, it helps with a happier work force, which increases productivity," Costello said.

But Harvard Business School Professor Robin Ely isn't so sure teaching women to negotiate will actually make a difference.

"It's not clear to me that the gender wage gap is primarily a function of women's lack of propensity or lack of skill to negotiate," Ely said. "When it's clear to a person entering a job what the salary range for that job is-- which we would know if there were pay transparency-- women would negotiate just as often and just as well as men."

So while salary talks may stall, Costello urges women to negotiate everything else.

"Can you get another week's vacation? Can you get a better job title? You know, can you get free parking? In Boston, that would be huge," Costello said, laughing. "You know, so think outside the box, beyond just your salary number."