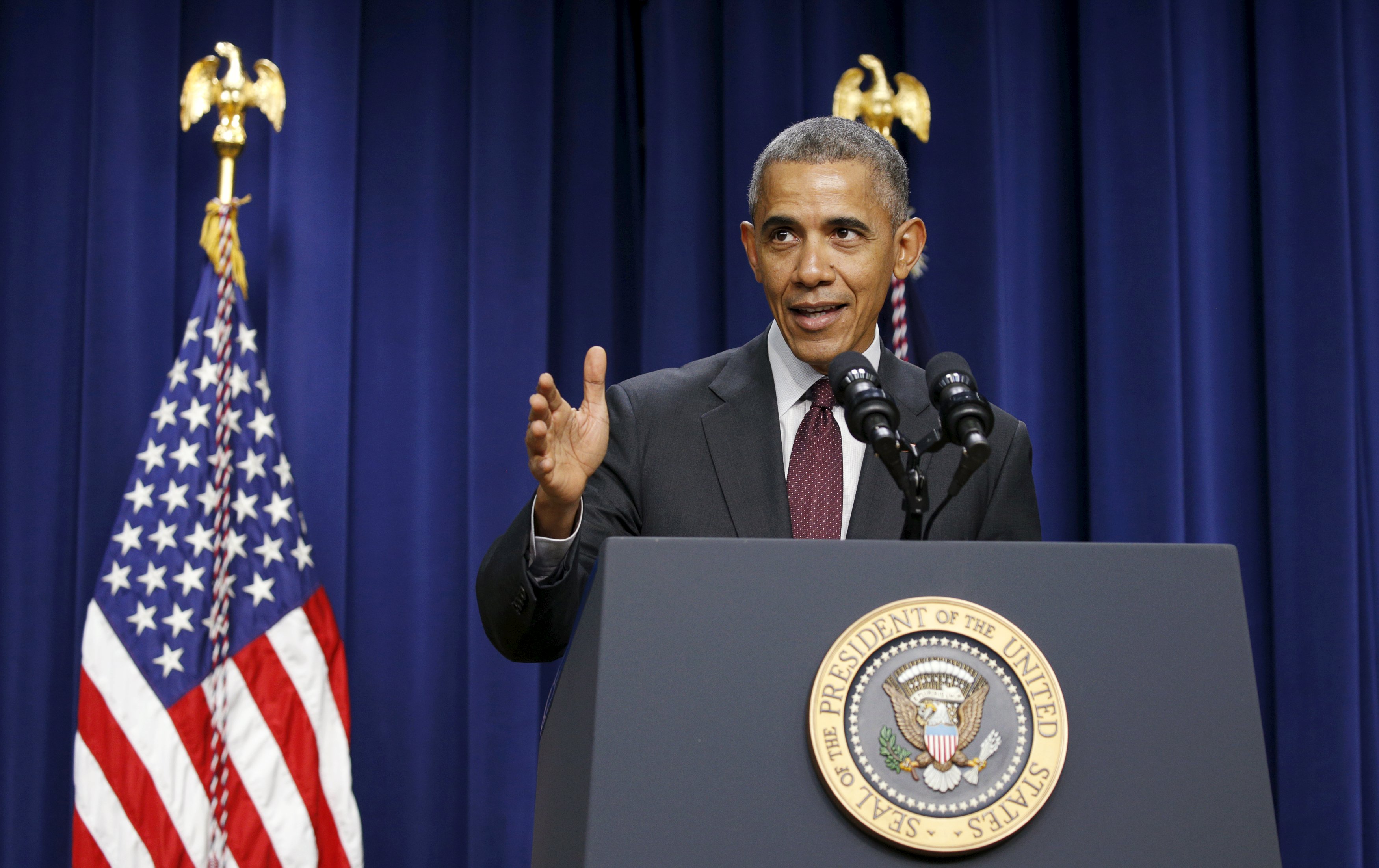 President Obama sought to showcase progress on his watch on closing the pay gap for women while keeping up the pressure on business, Congress and individuals to tackle an issue he said was still far from being solved.

Marking the seventh anniversary of signing the Lilly Ledbetter Fair Pay Act, Mr. Obama said more must be done to get women into high-paying jobs, including those in science, technology, math and engineering. In recent years, the pay disparity has narrowed slightly, but a woman in the U.S. still makes 79 cents to a man's dollar, the White House said. For African-American women, it's just 60 cents, and for Latino women, just 55 cents.

Working to ferret out abuses of equal pay laws, the president announced that his administration will expand its collection of data from businesses about what they pay.

In 2014 Mr. Obama directed the Labor Department to collect data from federal contractors about what they pay employees, sorted by gender, race and ethnicity. The revised proposal will cover all businesses with 100 or more employees, regardless of whether they contract with the government.

The Equal Employment Opportunity Commission will collect the data, which the government will use to help identify companies that should be investigated for failing to pay workers fairly, officials said. The first reports from companies will be due in September 2017.

While the White House imposes its own new rules, it's also urging Congress to pass the Paycheck Fairness Act, which would give women additional tools to fight pay discrimination. States including California and New York passed their own equal pay laws last year, and a number of states will consider similar legislation this year.

Mr. Obama, as he often does, invoked his own two daughters to argue that no American parent should have to accept their daughters having less opportunity than their sons. He also called on businesses to ensure women aren't penalized for starting a family and says men have responsibility for parenting, too.

"Guys, we're responsible for the family thing, too," Mr. Obama said. "They're already doing more work than we are in getting that thing going."

Ledbetter, whose name has become synonymous with the equal pay issue, flanked Mr. Obama at the White House and said she still hears every day from women who are "frustrated and angry" about being paid less. Ledbetter's discovery that she was being paid less than her male counterparts led to a Supreme Court suit and eventually the 2009 legislation bearing her name.

The administration estimated the new pay-reporting requirements will cost less than $400 per employer the first year and a few hundred dollars per year after that.

The White House on Friday also announced it will hold a summit on May 23 on "The United State of Women," along with the State Department, Labor Department, the Aspen Institute, and Civic Nation. Attendees at the summit will assess the progress made on behalf of women and girls domestically and internationally and discuss solutions to ongoing challenges.