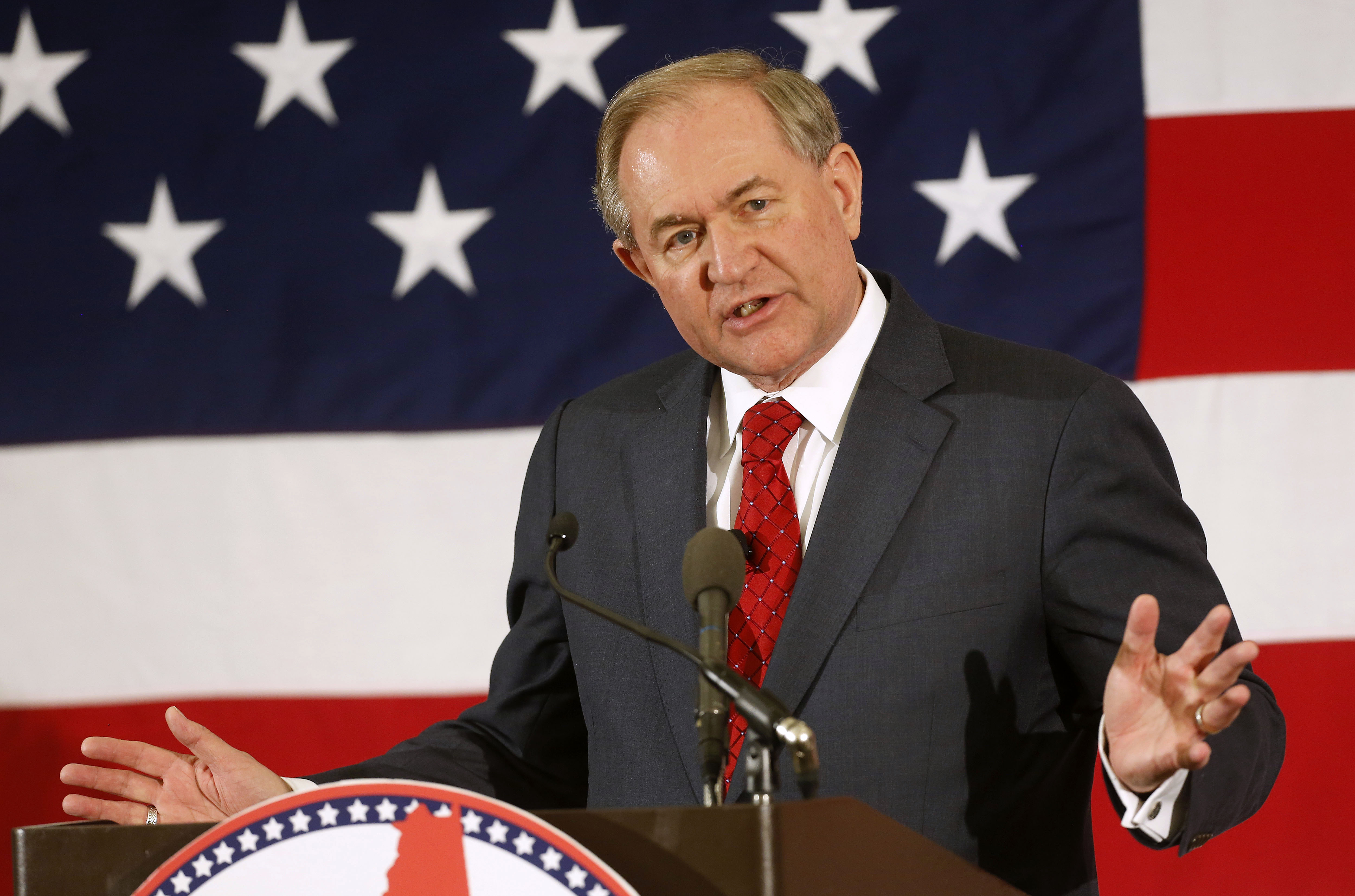 WASHINGTON --The Republican presidential contest has grown to 17 candidates with Wednesday's entry of Jim Gilmore.

The former Virginia governor told The Associated Press earlier this month that he would announce his candidacy in early August. On Wednesday, he filed the necessary paperwork with the Federal Election Commission.

The top 10 Republicans in national polls will meet for their first debate August 6 in Cleveland, Ohio.