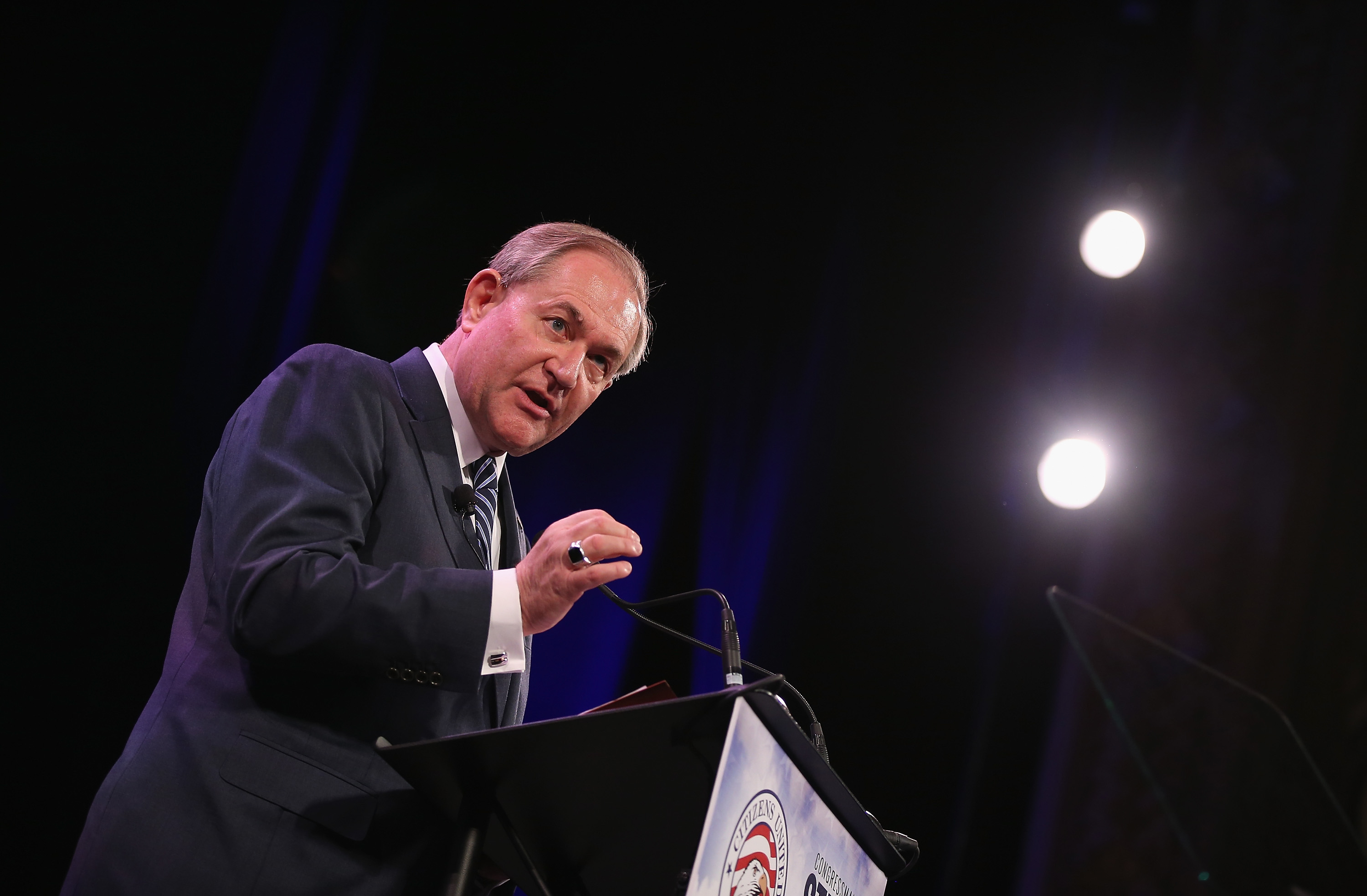 "I don't think we're addressing the threat to the country," Gilmore, who served as Virginia's governor from 1998 to 2002 and as the Republican National Committee chair in 2001, said in an interview with the Richmond Times-Dispatch, which first broke the news of his announcement. "I bring to the table experience that others don't have."

In his interview with the newspaper, he cited the "emergency internationally" -- including threats from extremist group ISIS, as well as Russia's encroachment into Ukraine and China's involvement in South China Sea territories -- as a reason he is hoping to be on the Republican ticket. Gilmore, who briefly sought the Republican nomination for president in 2007, was Virginia's chief executive during the 9/11 attack on the Pentagon and also served as a U.S. Army intelligence officer. Gilmore's experience with international threats also includes his time heading the Gilmore Commission from 1999 to 2003, a Congressional advisory panel assessing U.S. response capabilities in the case of terror attacks involving weapons of mass destruction.

After his first failed presidential bid, he ran for Senate in Virginia against Democrat Mark Warner in 2008 and lost by 31 percentage points. Gilmore now serves as the president and CEO of conservative Washington think tank, the Free Congress Foundation.

With an announcement planned for August, the former Virginia governor will likely be the 17th Republican to enter the presidential race. Wisconsin Gov. Scott Walker and Ohio Gov. John Kasich both plan to declare 2016 bids by the end of July.