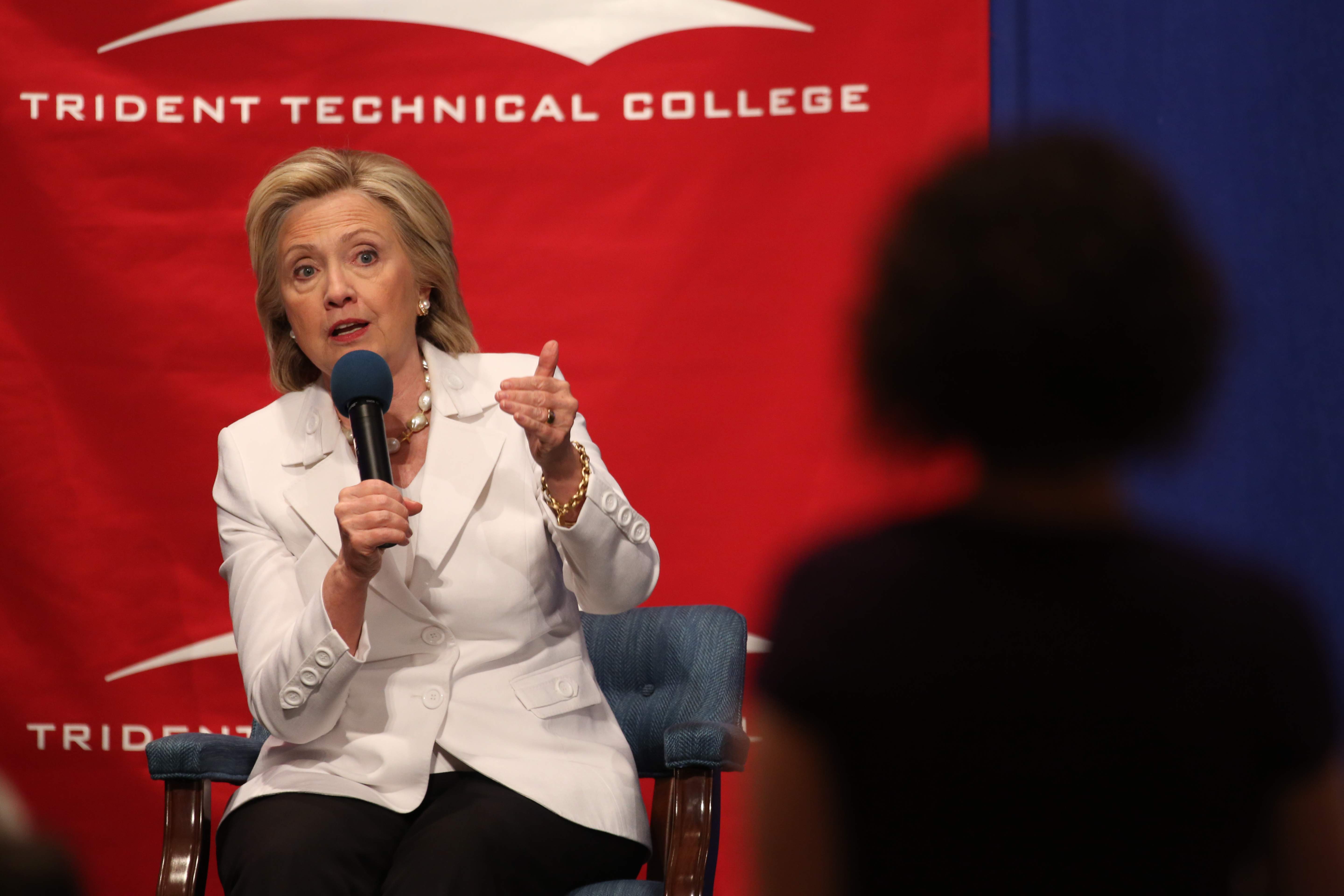 Speaking at a technical college in South Carolina, the Democratic presidential frontrunner proposed giving businesses a tax credit of $1,500 for each apprentice they hire. The program, she said, is focused on workers at all stages of life, not just high school students like the one who introduced her at the school.

Clinton also proposed moving job training resources onto a centralized online platform. She stressed the importance of ensuring that community colleges and other training facilities have the resources to scale their programs up based on need, and she underscored the need to create effective private-public partnerships at all levels of government.

The May unemployment rate for workers age 18 to 34 was 7.8 percent, more than 2 percentage points higher than the national average, while unemployment for young black adults was 14.6 percent.

After her first big rally on Saturday in New York, Clinton has been touring early voting states laying out a child-centered rationale for her White House bid. She's promised to make "high-quality preschool" available for all 4-year-olds in 10 years, double federal money for early Head Start programs and seek a tax cut to help parents with the costs of raising children younger than 3.

Earlier in the day, Clinton stressed her commitment to children in rural areas, saying they should receive the same government benefits as children in urban centers.

"We need to start literally in infancy," Clinton told a crowd of several hundred in rural Orangeburg County. "Talent is universal. Opportunity is not."

Clinton's campaign said the tax credit proposal would require accountability for employment and earnings outcomes for businesses receiving the credit. Apprentices would need to be registered to be eligible.

Clinton presided over a similar project at her family's foundation called "Job One," which aimed to help young people ages 16-24 who were out of high school and unemployed. The initiative worked with companies like The Gap, JPMorgan Chase and Marriott to train and hire young people.

During her first event on Wednesday, Clinton also discussed the case of Walter Scott, an unarmed black man who was shot and killed by North Charleston police officer Michael Slager in April. Slager was indicted earlier this month.

During the ride to Charleston, Clinton phoned Scott's mother, a source with knowledge of the call confirmed to CBS News. During the five-minute call, Clinton offered her condolences to Judy Scott and praised her handling of the tragic death of her son and its aftermath.

Clinton lauded South Carolina's legislature and governor for recently enacting a bill expanding the use of police body cameras, saying it would better enable the public to ascertain the facts in controversial situations involving law enforcement.

"I think the terrible tragedy in Charleston, which lead to an indictment, was a result of not seeing the facts of having information," she said. "There is a lot more we have to do on training and recruitment and community policing and more interaction with the community."