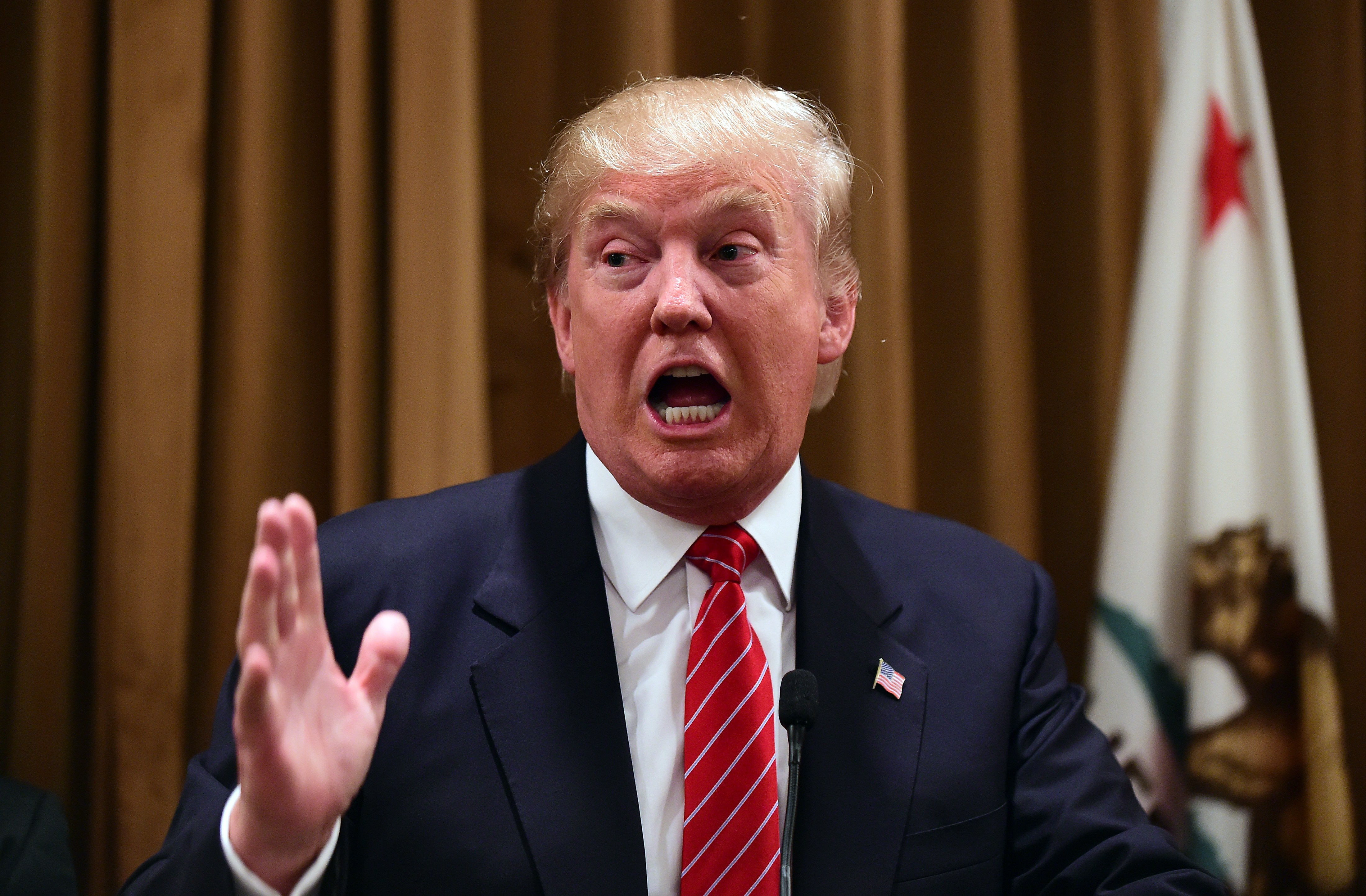 PHOENIX -- Donald Trump is stepping into the heart of the nation's battle over immigration when he visits Arizona, and the Republican presidential candidate is coming face to face not only with immigrant-rights advocates but a Republican Party that is trying to move beyond the divisive issue.

The state's major Chamber of Commerce group, both U.S. senators and a host of other GOP backers heaped their ire on Trump as Saturday's visit drew near. Democrats and Republicans who run the city government blasted him even as they supported his right to rent the city-owned Phoenix Convention Center for what is expected to be an overflow crowd. And GOP Gov. Doug Ducey, who met Marco Rubio and Wisconsin Gov. Scott Walker when they were recently in the state, is snubbing the real estate mogul.

Protesters plan to gather outside the convention center, as they did Friday in Los Angeles for another Trump event. He spoke there to a group of conservatives after meeting with the families of crime victims who were killed by people in the U.S. illegally.

"The illegals come in and the illegals killed their children," he said. "And we better get smart in the United States."

He repeated his claim that Mexico is sending people to the U.S. "that Mexico doesn't want," while insisting he respects Mexico and its leaders, and has "great relationships" with Mexican people -- including his employees.

Trump arrives in Arizona Saturday after speaking in Las Vegas at the Libertarian-minded Freedom Fest gathering. The businessman's comments about immigration haven't elicited the public outcry in Nevada that they have elsewhere even though the state's population is 27 percent Hispanic.

His appearance at the conference, which bills itself as an egalitarian event for free-thinkers to discuss and celebrate liberty, was a recent addition to the lineup that includes a speech by fellow Republican presidential contender Marco Rubio on Friday night.

Trump is getting plenty of support from immigration hawks in Arizona. Saturday's rally was first planned to be held at the Arizona Biltmore Resort Spa, a posh resort that could hold about 1,000 guests.

On Thursday, it was moved to a ballroom at the convention center, which can handle more than 4,000 people. CBS affiliate KPHO reported more than 3,500 people said they would attend as of Thursday night.

Maricopa County's tough-on-immigration sheriff, Joe Arpaio, is set to speak before Trump at the event, which comes weeks after the June 16 campaign kickoff speech in which Trump said Mexican immigrants bring drugs and crime to the country and some are rapists. He's since faced a series of cancellations from companies that do business with him or his companies.

Sen. Jeff Flake, who with Sen. John McCain sponsored a 2013 comprehensive immigration reform bill that stalled when it reach the House, said Trump's views "are coarse, ill-informed and inaccurate, and they are not representative of the Republican Party.

"As an elected Republican official, I'm disappointed the county party would host a speaker that so damages the party's image," Flake said.

McCain, in a lengthy statement issued Friday, said, "If the Republican nominee for president does not support comprehensive immigration reform and border security policy, we have no chance of defeating Hillary Clinton and winning the White House in 2016."

But A.J. LaFaro, former head of the Maricopa County Republican Party, said neither Flake's nor McCain's views matter to the state's conservative Republican base.

"With regards to McCain, Flake and the chambers, I don't respect any of those people anyway, so why would I care?" Lafaro said. "They're not representative of my conservative Christian values.

In an interview on CNN Wednesday, former Arizona Gov. Jan Brewer said Trump was being a realist. In 2010, the Republican signed a tough bill cracking down on people in the country illegally.

"I believe that Mr. Trump is kind of telling it like it really, truly is," Brewer told the cable network. "I think that the people of Arizona realize that we picked up the tab for the majority of the violence that comes across our border in regards to the drug cartels, the smugglers, the drug houses."