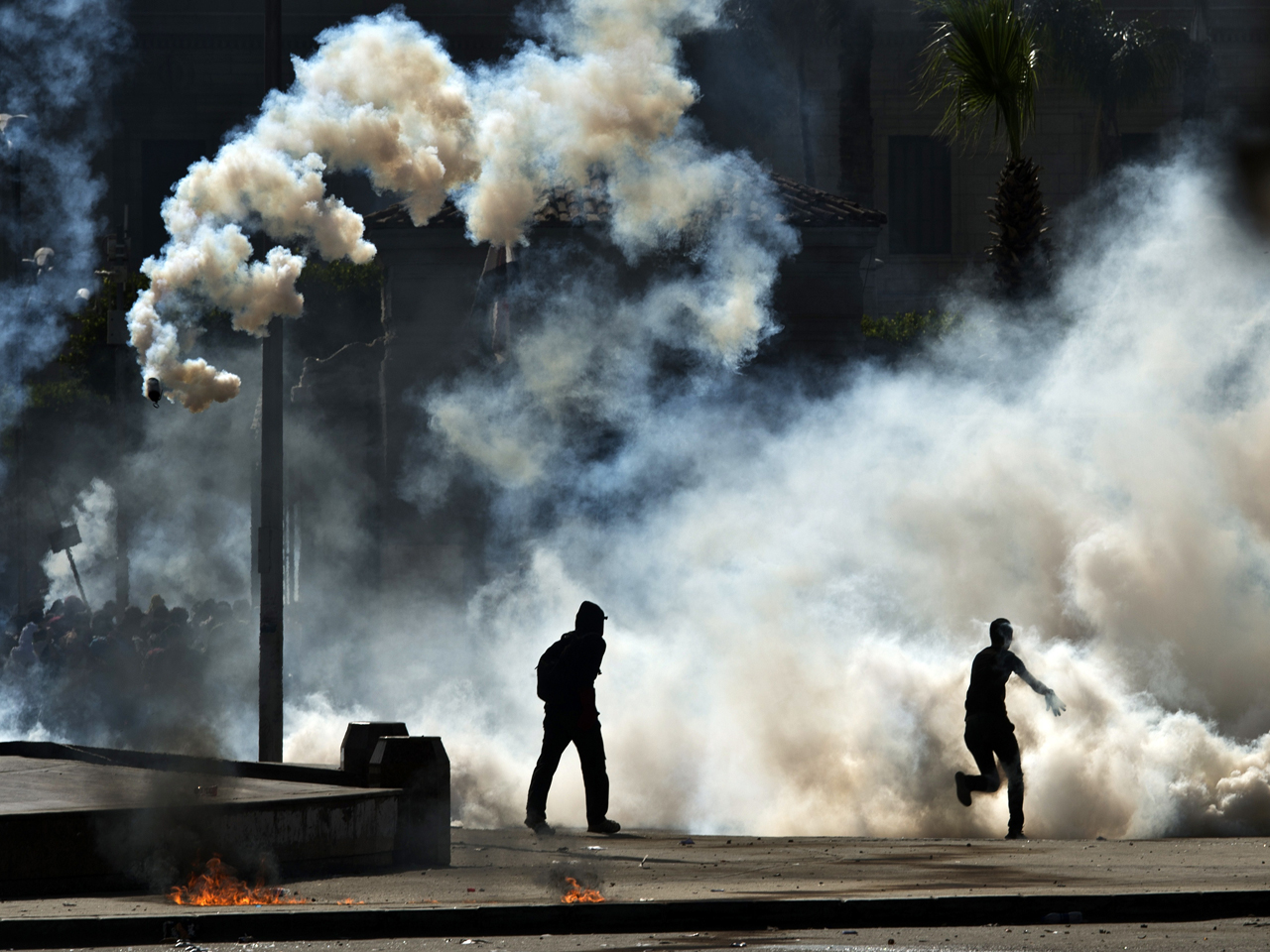 CAIRO - Egypt's chief prosecutor on Wednesday ordered two new mass trial for 919 suspected Islamists on charges that include murder, despite international criticism of an earlier trial that issued death sentences against hundreds of defendants.

Students, most of them Islamists, held protests Wednesday against the death sentences in several universities, turning into clashes with security forces that left one 18-year-old student dead at Cairo University, the Health Ministry said.

The new trials will be held in Minya province, south of Cairo, where a judge on Monday sentenced 529 defendants to death on charges of killing a police officer during an attack on a police station last summer.

The verdict brought an outcry from rights groups and criticism from the United Nations, European Union and United States over the cursory trial, which lasted only two sessions and in which lawyers said they were denied the right to make their case or question witnesses.

Egyptian authorities are holding a series of mass trials in a crackdown on the Muslim Brotherhood and other supporters of former President Mohammed Morsi since the military removed him in July. Some 16,000 have been arrested over the past months, including most of the Brotherhood's top leaders.

The new trials bring the total number of defendants in Minya along to 2,147 in four trials, including the one in which the verdicts were issued on Monday.

All the trials are connected to a wave of violence in mid-August after security forces broke up two pro-Morsi sit-ins in Cairo. More than 600 were killed in the sit-in break-up, setting off a backlash of violence for days as suspected Morsi supporters attacked police stations, government installations and churches in towns around Egypt, leaving hundreds dead.

In one of the new trials announced Wednesday, 715 defendants, including the Muslim Brotherhood's top leader Mohammed Badie, are charged with killing six people and attempted murder of 51 others during attacks on state institutions on Aug. 14 in the city of Sallamout. Only 160 defendants in this case are in detention. The prosecutor asked for the arrest of the rest.

In the second trial, 204 defendants, also including Badie, face charges of inciting violence. Only three are in detention in this case, in which the charges include attacking state institutions and police in al-Adawa town, also in Minya.

A court will set a date for the trials.

A judicial official said the same judge who issued the death sentences Monday will preside over the two new trials. The official spoke on condition of anonymity because he was not authorized to talk to the press.

On Tuesday, the same judge, Said Youssef, began another mass trial of 683 defendants - again including Badie - over a separate attack on a police station that killed two policemen.

On Wednesday, hundreds of largely Islamist university students in a number of universities protested against the mass death sentences.

At Cairo University, hundreds of students who attempted to take their protest outside the campus were met with volleys of tear gas from police. Khadiga el-Kholy, a student participating in the protest, said the police force gave no warnings before firing the tear gas, sending the students rushing back on campus.

Students responded by throwing stones and fireworks and hurling tear gas canisters back at the security forces in pitched street battles. TV footage showed security in civilian clothes detaining protesters and taking them away in blindfolds. There were also images of the security seizing fire bombs from young protesters. El-Kholy said police fired birdshot at the protesters.

"We wanted to escalate our protest because of those death sentences, which included university students," she said, adding that the protesters had sought to move into a nearby public square outside the campus. "We want to break the barriers that the security forces have imposed on all the squares."

In the Nile Delta city of Zagazig, police said students damaged the facade of an administrative building in the local university and clashed with rival students, prompting to security forces to enter the campus and arrest eight rioters.

Thousands of Morsi supporters are already arrested and most are facing trials on a number of charges, including inciting violence, and rioting.

Morsi's Islamist supporters have continued to hold protests against his ouster. Authorities accuse the group of fomenting violence and terrorism, a claim the group denies.

The pro-Morsi camp has refused to recognize the new political road map installed by the military after his ouster. Presidential elections are now expected next month and the country's military chief is widely expected to run and win.