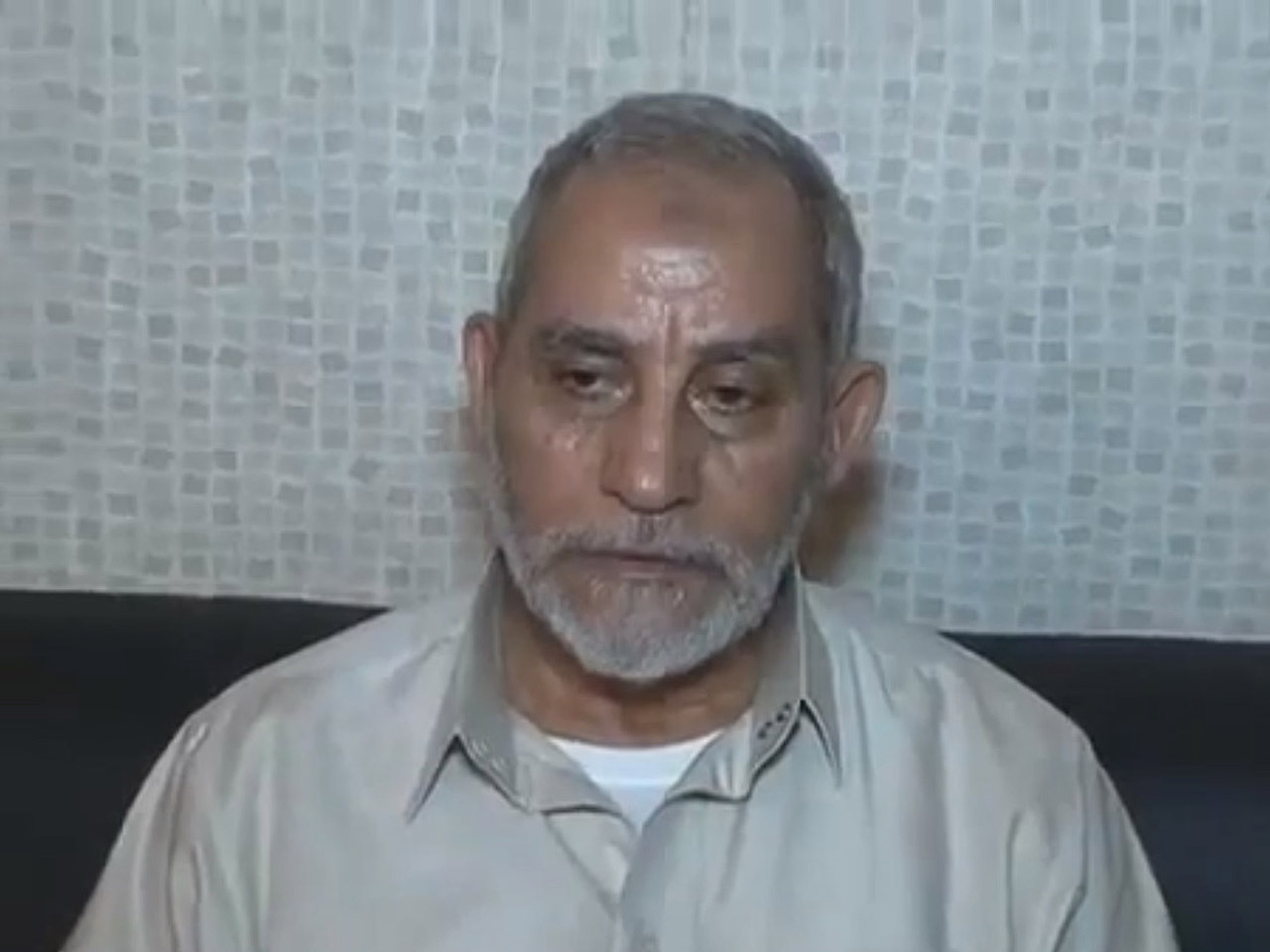 CAIRO Egypt on Tuesday announced the arrest of the supreme leader of the Muslim Brotherhood, dealing a serious blow to the Islamist group at a time when it is struggling to keep up its street protests against the ouster President Mohammed Morsi in the face of a harsh crackdown by authorities.

CBS News correspondent Charlie D'Agata reports that the Brotherhood's spiritual guide, Mohammed Badie, was arrested following a tip off that he was hiding in an apartment at the eastern Cairo district of Nasr City, close to the location of the six-week sit-in protest by supporters of Morsi. The encampment was cleared by security forces last Wednesday, along with another protest site in Giza, in a raid that killed hundreds of people.

Badie, who was public enemy number one in the eyes of Egypt's security forces, was charged with inciting violence. Dozens of Muslim Brotherhood leaders have been detained during the past week, but Badie's arrest was by far the most significant as far as the Egyptian authorities are concerned.

His arrest is the latest stage in an escalating crackdown by authorities on the Brotherhood. The group's near-daily protests since Morsi's ouster have somewhat petered out the last two days, with scattered demonstrations in Cairo and elsewhere in the country attracting hundreds, sometimes just dozens.

Morsi himself has been detained in an undisclosed location since the July 3 coup, prompted by days-long protests by millions of Egyptians demonstrating against the president and his rule. He is facing accusations of conspiring with the militant Palestinian Hamas group to escape from prison during the 2011 uprising and complicity in the killing and torture of protesters outside his Cairo palace in December.

Badie's last public appearance was at the sit-in protest last month, when he delivered a fiery speech from a makeshift stage in which he denounced the July 3 military coup that removed Morsi.

Badie's arrest followed the death of one of his children, son Ammar, who was shot dead during violent clashes between security forces and Morsi supporters in Cairo on last Friday's "Day of Rage."

Badie and his powerful deputy, Khairat el-Shater, are to stand trial later this month on charges of complicity in the killing in June of eight protesters outside the Brotherhood's national headquarters in Cairo.

Meanwhile, Egypt's military-backed government is considering the outlawing of the Brotherhood, which has spent most of the 85 years since its creation as an illegal organization. The government is seeking legal advice on banning the group and has been coming under growing pressure from the media and a wide array of secular politicians to declare it a terrorist organization.

Muslim Brotherhood spokesman Ahmed Aref assured supporters that the struggle against the military would continue despite Badie's arrest.

"Mohammed Badie is one member of the Muslim Brotherhood," Aref said in a statement on the group's website. "No one has the right to relinquish Egyptians' right to a secure life away from the treacherous and corrupt gang behind the July 3 coup. The revolution shall never die."

The private ONTV network showed footage of a man the network said was Badie after his arrest. In the footage, a somber looking Badie in an off-white Arab robe, or galabeya, sits motionless on a black sofa as a man in civilian clothes and carrying an assault rifle stands nearby.

D'Agata reports that Badie's arrest could trigger a backlash from Muslim Brotherhood supporters, and came after another day of bloodshed in Egypt in which suspected Islamic militants ambushed two minibuses carrying off-duty policemen in Egypt's Sinai Peninsula early on Monday, forcing the men to lie on the sand and shooting 25 of them dead. The daylight attack raised fears that the strategic desert region bordering Israel and the Gaza Strip could be plunged into a full-fledged insurgency. The policemen were given a funeral with full military honors late on Monday.

The men's coffins, draped in red, white and black Egyptian flags, were jointly carried by army soldiers and policemen, and Egypt's interim President Adly Mansour declared a nationwide state of mourning to mark their deaths. The Sinai Peninsula has long been wracked by violence by al Qaeda-linked fighters, some who consider Morsi's Brotherhood to be too moderate, and tribesmen who have used the area for smuggling and other criminal activity. Attacks, especially those targeting security forces, have been on the rise since Morsi's ouster.

Monday's attack targeting the policemen took place near the border town of Rafah in northern Sinai. A few hours later, militants shot to death a senior police officer as he stood guard outside a bank in el-Arish, another city in the largely lawless area, security officials said.

There was no immediate claim of responsibility for either attack. The United States condemned the slaying of the police officers and repeated its commitment to help Egypt combat terrorism in Sinai. U.N. Secretary-General Ban Ki-moon also denounced the attack.

The Sinai attack came a day after security forces killed 36 detainees during a riot on a prison-bound truck convoy north of Cairo. The killings came as police fired tear gas to free a guard who was trapped in the melee, security officials said.