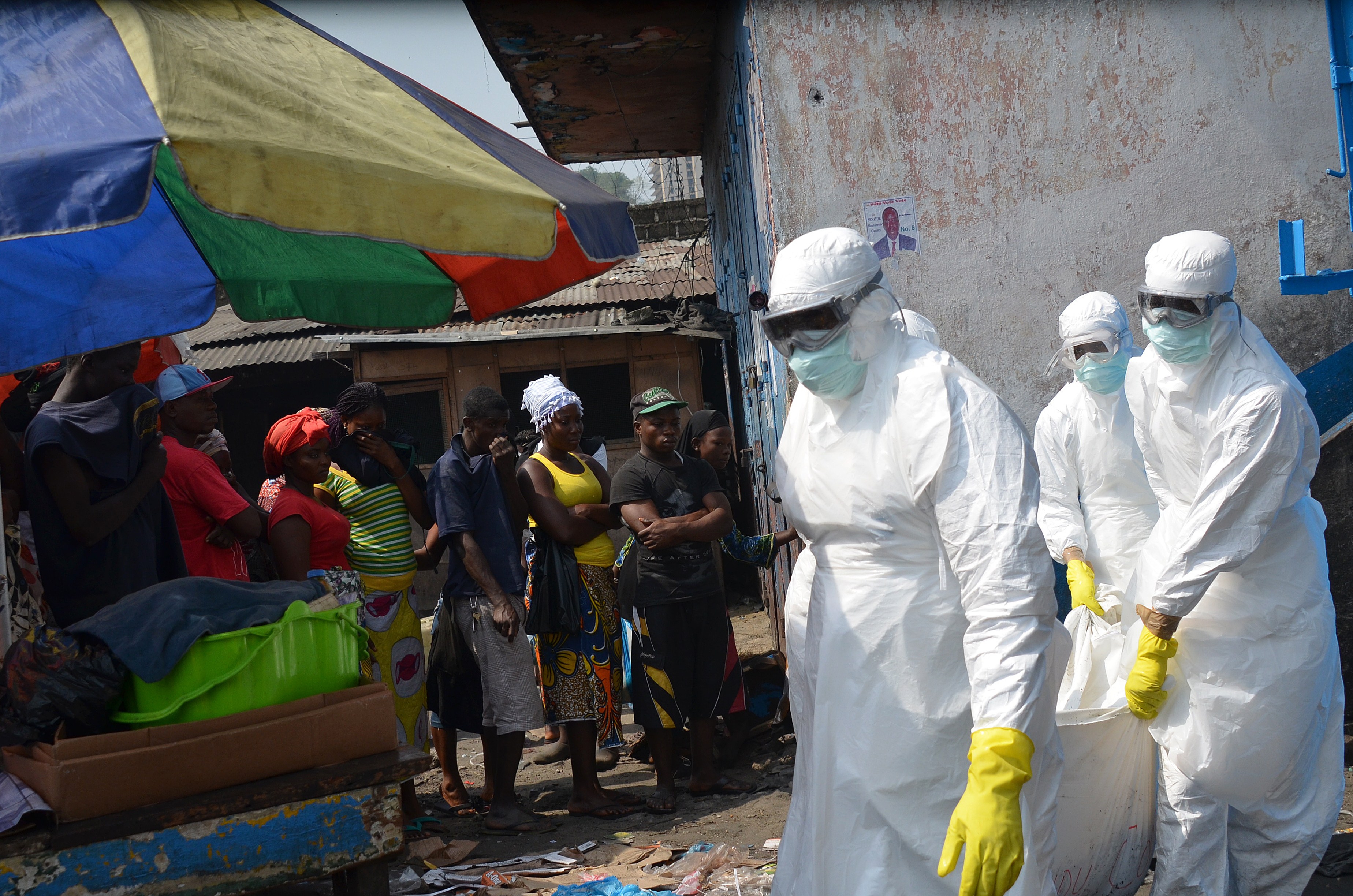 Although it's largely dropped out of the headlines in this country, the Ebola outbreak continues to ravage West Africa. At least 8,235 people have died and more than 20,700 have fallen ill since the outbreak first began last year, according to the latest World Health Organization figures released Jan. 4. Six out of 10 patients currently hospitalized with the virus will die, and a huge number of victims still aren't receiving medical care, which has allowed this public health crisis to continue to escalate at an alarming pace.

Yet many Americans may be under the impression that the Ebola crisis is winding down. People have short attention spans and the news cycle is fickle, both of which have contributed to the illusion that Ebola is no longer the worry it once was. However, a look at data from Google Trends and the World Health Organization reinforces a simple, and some might say disheartening, reality of human behavior: Most of us aren't that interested in a crisis until it hits very close to home.

"The attention has really diverted away from the epidemic; people aren't seeing it as a threat in the U.S. anymore," Dana March, an assistant professor in epidemiology at Columbia University Mailman School of Public Health, told CBS News. "I think largely the human impulse is to say we're worried because it could reach our shores."

This chart tells the story: Google data shows U.S. interest peaked when several people here got sick, and then dropped off again, even as the outbreak continued to spiral out of control overseas.

"I think the media certainly plays a role but the relationship is a bit complicated," said March. "When this kind of public health threat isn't at our immediate doorstep, it's not the news that sells."

However, when Ebola did knock on America's door, the desire for information surged.

In August, when the Ebola death count was still in the hundreds in West Africa, the first Americans infected, health care workers Dr. Kent Brantly and Nancy Writebol, were flown to the U.S. for treatment. At that point Google saw a notable spike in Ebola-related search terms in the U.S.

Then at the end of September, Thomas Eric Duncan, a Liberian man visiting Dallas, was diagnosed with Ebola and subsequently infected two nurses. Among Texas residents, interest in Ebola was virtually nonexistent before Duncan's diagnosis, according to data from Google Trends, but it skyrocketed as people sought information on this suddenly imminent threat.

Google searches on Ebola hit their peak in late October when Dr. Craig Spencer, a Doctors Without Borders volunteer, was admitted to the hospital in New York City a few days after his return from Sierra Leone. Spencer received widespread criticism when it became known that he'd visited public places including a park, restaurant, subways and a bowling alley. Searches for "Ebola symptoms" reached an all-time high, indicating the public's fear of catching the disease. But no one else got sick, and the panic soon abated.

Now, even as the death toll in West Africa rises steadily towards the 10,000 mark, the frequency of Google searches on Ebola in the U.S. have leveled off to numbers similar to July, when the outbreak was barely on the public's radar.

March says breaking news that hits close to home can be a teachable moment when it comes to public health issues, because it's those points when people sit up and pay attention. She says this also why it's critical there be access to accurate information, such as how the virus is -- and isn't -- transmitted.

"Incorrect information is fueled by fear," March points out. "It's a time that perhaps comes too late and when people are going to listen. But unfortunately, they don't always listen to evidence-based information, and it just gets more complicated at that point because people are afraid. Fear around Ebola is far more viral than Ebola itself."