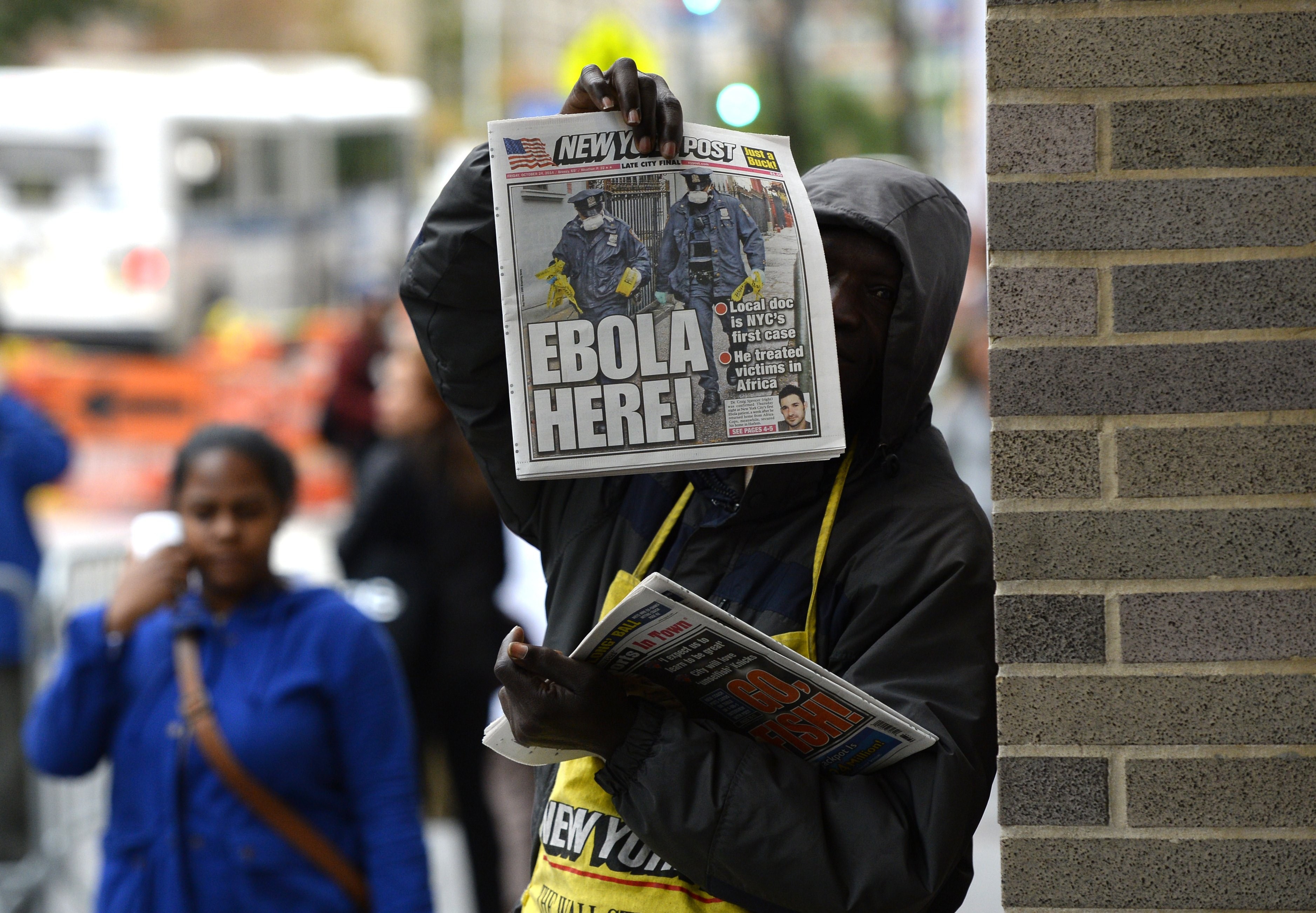 An emergency room doctor who recently returned to the city after treating Ebola patients in West Africa has tested positive for the virus, becoming the first case in the city and the fourth in the nation.

Here are five things to know about the case:

Who is Craig Spencer?

Craig Spencer, 33, works at NewYork-Presbyterian/Columbia University Medical Center. He had not seen any patients or been to the hospital since his return from Africa, the hospital said in a statement, calling him a "dedicated humanitarian" who "went to an area of medical crisis to help a desperately underserved population."

Spencer, a member of Doctors Without Borders, is from Michigan and attended Wayne State University School of Medicine and Columbia's University Mailman School of Public Health.

When was he in Africa?

According to his Facebook page, Spencer left for West Africa via Brussels last month. A photo shows him in full protective gear. He returned to Brussels Oct. 16.

"Off to Guinea with Doctors Without Borders," he wrote. "Please support organizations that are sending support or personnel to West Africa, and help combat one of the worst public health and humanitarian disasters in recent history."

Doctors Without Borders said per the guidelines it provides its staff members on their return from Ebola assignments, "the individual engaged in regular health monitoring and reported this development immediately." Travelers from Guinea, Liberia and Sierra Leone must report in with health officials daily and take their temperature twice a day, as Spencer did. He also limited his direct contact with people, health officials said.

What did Spencer do in New York prior to his diagnosis?

According to a rough timeline provided by city officials, in the days before Spencer fell ill, he went on a 3-mile jog, went to the High Line park, rode the subway and, on Wednesday night, got a taxi to a Brooklyn bowling alley. He felt tired starting Tuesday, and felt worse on Thursday when he and his fiancee made a joint call to authorities to detail his symptoms and his travels. EMTs in full Ebola gear arrived and took him to Bellevue in an ambulance surrounded by police squad cars.

Still, Mayor Bill de Blasio and Gov. Andrew Cuomo urged residents not to be alarmed by the doctor's diagnosis. De Blasio said all city officials followed "clear and strong" protocols in their handling and treatment of him.

Cuomo told "CBS This Morning" that the city is prepared to handle the Ebola patient because it has been preparing for the scenario for "weeks and weeks."

De Blasio on Friday tweeted a photo of himself riding the subway to reassure New Yorkers:

CBS News chief medical correspondent Dr. Jon LaPook told "CBS This Morning" that despite Spencer's wide-ranging travels around the city prior to his diagnosis, the public should not be overly concerned.

"You do have to have direct contact with body fluids and if it were spread through the air, there would be tens of millions who would have it," LaPook said.

What are his symptoms?

Spencer, a member of Doctors Without Borders, reported Thursday morning coming down with a fever and diarrhea. He was being treated in an isolation ward at Manhattan's Bellevue Hospital, a designated Ebola center.

Spencer is in stable condition, the city's health commissioner said on Friday.

The Centers for Disease Control and Prevention, which will do a further test to confirm the initial results, has dispatched an Ebola response team to New York. President Barack Obama spoke to Cuomo and de Blasio on Thursday night and offered the federal government's support. He asked them to stay in close touch with Ron Klain, his "Ebola czar," and public health officials in Washington.

Health officials have been tracing Spencer's contacts to identify anyone who may be at risk. The city's health commissioner, Mary Bassett, said Spencer's fiancee and two friends had been quarantined but showed no symptoms.

CBS New York reports that authorities on Spencer's Hamilton Heights block were trying to reassure the public, handing out cards to neighbors telling them what to do if they think they might have been in contact with Spencer.

The fact that Spencer tested positive for Ebola raised concerns about why he wasn't quarantined sooner.

"Here's a doctor who's gone to West Africa -- who's done incredible work to help people -- and he's come back into the country and nothing has been done to say, 'Let's put you aside for 21 days to make sure you don't have the virus,'" neighbor Joshua Renick told CBS 2's Tracee Carrasco.