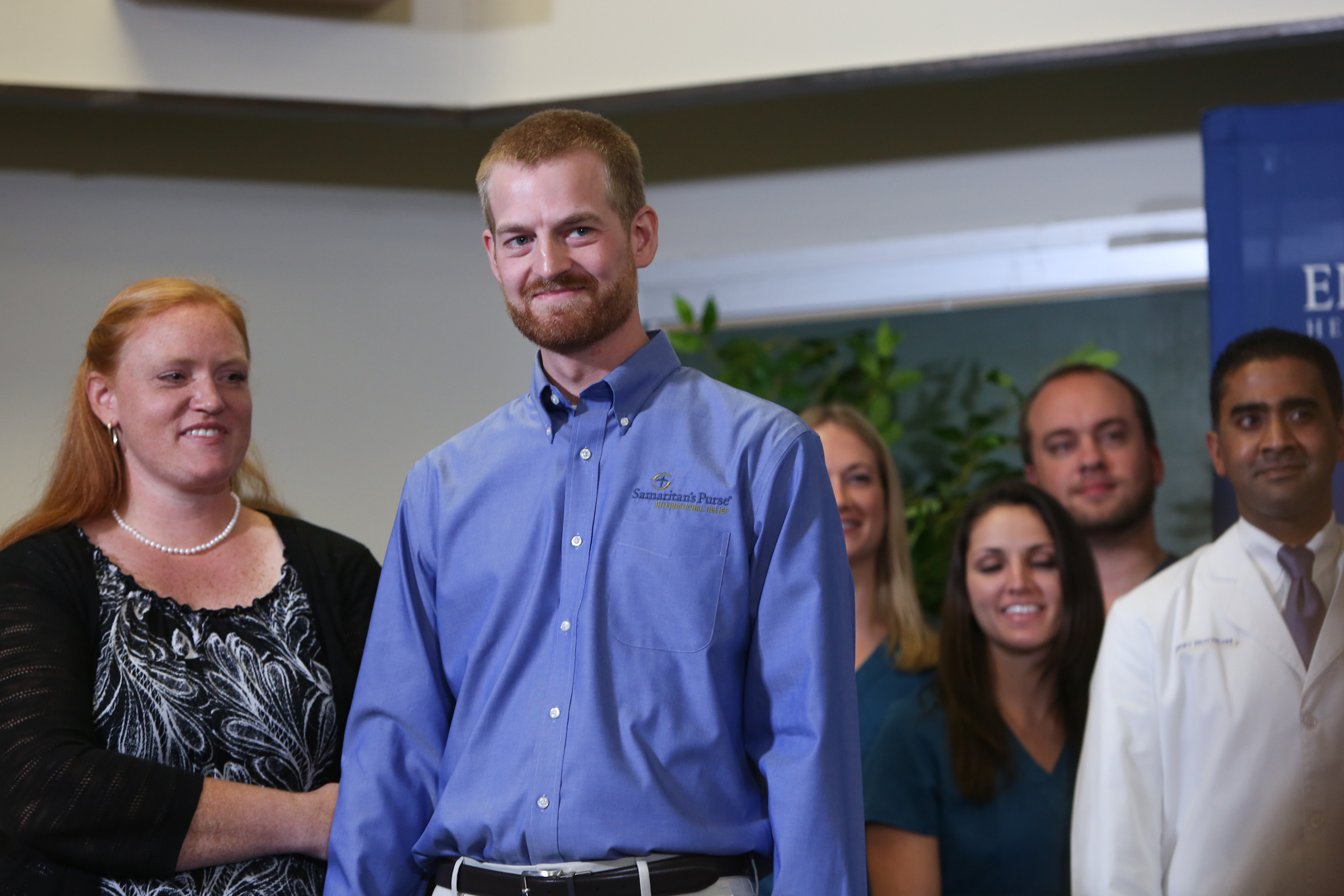 Last summer, as American missionary Dr. Kent Brantly lay desperately ill with Ebola in Liberia, he was too sick to eat but managed to drink enough Tang and Gatorade to stay hydrated -- and it may have helped save his life.

Those are some of the details revealed for the first time in a case study published Wednesday in the New England Journal of Medicine. The paper outlines the treatment Brantly and fellow health care worker Nancy Writebol received after they became the first Americans infected with the deadly virus while aiding Ebola patients in Liberia.

Brantly had a 102 degree fever when he was finally evacuated to Emory University Medical Center in Atlanta for treatment 10 days after his symptoms developed. Both he and Writebol recovered after several weeks of hospital care, including repeated doses of an experimental drug. By studying how their cases progressed and what treatment they received, researchers hope to learn more about the most effective ways to treat Ebola.

In the midst of the current Ebola outbreak in West Africa -- which has killed more than 5,000 people and overwhelmed local health care systems -- little research has been done about what treatments work best. The outbreak in Liberia, Guinea and Sierra Leone has a 70 percent fatality rate, but here in the U.S. almost every patient has survived.

"We knew as our patients were recovering that even in the a short amount of time we had been with them, we had learned a lot about this particular strain of Ebola," Dr. Marshall Lyon, assistant professor of medicine in the division of infectious diseases at Emory University School of Medicine and lead author on the paper, told CBS News. "The decision was made very soon after they began to recover that we needed to get this published."

Brantly, who has continued to take an active role in efforts to battle the disease, is listed as the fourth author on the paper.

The paper highlights the symptoms experienced by Brantly and Writebol during their illness, which are consistent with all three "textbook" stages of Ebola: fever and flu-like symptoms, followed by gastrointestinal illness and hemorrhaging. By the seventh day of his infection, Brantly vomited blood. Writebol developed peripheral neuropathy -- numbness and tingling -- in her feet, which required a neurological medication used to treat nerve pain, which Lyon said can occur in certain viral illnesses.

Throughout their hospital stays, the medical team at Emory revealed few details about what Brantly and Writebol were going through or what treatments they were receiving. It was disclosed at the time that both patients received several doses of the experimental serum known as ZMapp, which has been shown to cure the virus in monkeys. But it's still unclear -- even according to these newly published case studies -- if Brantly and Writebol survived the virus because of the experimental drug, or because of exceptional supportive care.

Lyon explained that ZMapp, an Ebola antibody protein, is administered intravenously to patients. Though both Brantly and Writebol did show improvements after receiving the drug, Lyon and his team suspect that giving patients immune globulins from blood plasma of a healthy person could have the same effect, since protein provided intravenously "helps blood vessels hold on to fluid a little longer."

Many Ebola patients have received transfusions of blood from an Ebola survivor but Lyon said based on these case studies, it's still unclear if this is an effective and worthwhile treatment. It would take a controlled clinical trial to know for sure, the authors say.

What has become increasingly clear is that supportive care -- such as redehydration -- is essential, possibly more so than any experimental drug. Lyon and his team provided both patients with an average of 3 to 5 liters of intravenous fluids each day throughout their stay at the hospital, and also replenished their electrolyte levels. Early in his diagnosis, while he waited to be transferred to the U.S., Brantly wasn't eating but "hydrated orally with Tang and Gatorade," the study notes.

Lyon said the case studies of Brantly and Writebol also establish that patients need a certain type of fluid replacement. "Although the oral rehydration solution recommended by the World Health Organization contains some potassium, most intravenous fluids that are recommended for rehydration do not have substantial levels of potassium, calcium or magnesium," the authors write in their paper.

Both patients managed to fight off the virus, and blood tests showed they were Ebola free by day 29 of their illness.

In medical research, case studies of individual patients like these can help doctors decipher clues about a disease and the best strategy to treat it until a vaccine or cure can be developed. They can also help medical researchers determine what specific approaches are the most promising for further study.

Lyon said he hoped the case studies of Brantly and Writebol will help health care workers in West Africa improve supportive care. "It can be very difficult to trace records back to individuals," said Lyon of the current crisis in West Africa. "I don't know if anyone is collecting cumulative data there."