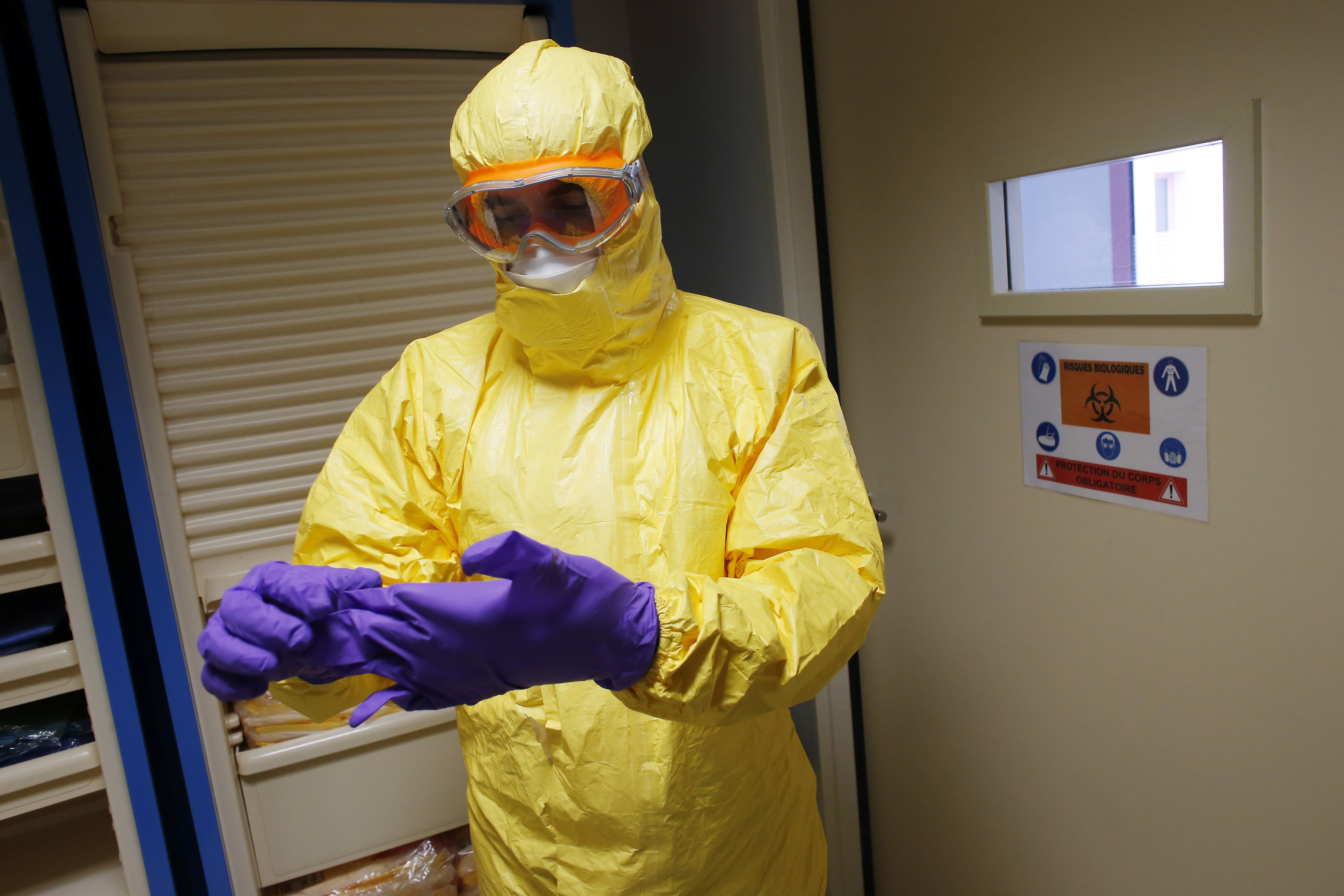 The first case of Ebola diagnosed in the U.S. -- and news that health officials are monitoring as many as 100 people who may have come in direct or indirect contact with the patient in Dallas -- has further intensified fear of this deadly disease.

Public health officials have been clear about how it spreads: only through physical contact with the bodily fluids of an infected person who is showing symptoms of Ebola. It cannot be picked up through sneezing or coughing, like a cold or the flu.

What are the symptoms of Ebola, and how can doctors identify a patient who might have it before more people are put at risk of exposure?

The Centers for Disease Control and Prevention says these are the symptoms to watch out for:

The CDC says symptoms could start appearing anywhere from 2 to 21 days after exposure to the virus; the average incubation period is 8 to 10 days.

In the early stages of illness, symptoms like fever, headache and muscle pain are fairly common and may seem like a case of the flu.

However, within a few days, someone with Ebola will get much sicker. As the virus begins to take hold of the body, gastrointestinal illness, such as abdominal pain, vomiting and diarrhea will occur. A patient may have trouble breathing and swallowing, experience chest pain, and develop a rash, excessive bruising and bloody blisters of the skin.

A person in the advanced stages of an acute Ebola infection will begin to have internal bleeding -- what's known as viral hemorrhagic fever. Ebola can cause hemorrhaging of multiple organs, as well as external bleeding from various orifices of the body including the ears and eyes. While excessive bleeding is the most horrific of Ebola's symptoms, not every patient develops it.

Ebola has a mortality rate between 50 and 90 percent. People die from complications such as shock due to leaking of blood vessels. Other factors may be multiple organ failure, low blood pressure, jaundice, delirium, seizures and coma.

Health officials say it is not yet understood why some patients manage to recover, while so many others die. However, effective supportive care can make a big difference in the survival rate. These measures may include giving a patient intravenous fluids and electrolytes to counter dehydration caused by excessive vomiting and diarrhea; maintaining the patient's blood pressure; giving transfusions to replace blood lost due to hemorrhaging; as well as treating any subsequent infections that result from the virus.

"We depend of the body's defense to control the virus," explained Dr. Bruce Ribner, who specializes in infectious diseases at Emory University School of Medicine in Atlanta and led the team that treated two American aid workers who contracted the virus in Liberia over the summer. "We just have to keep the patient alive long enough, in order to survive the infection."