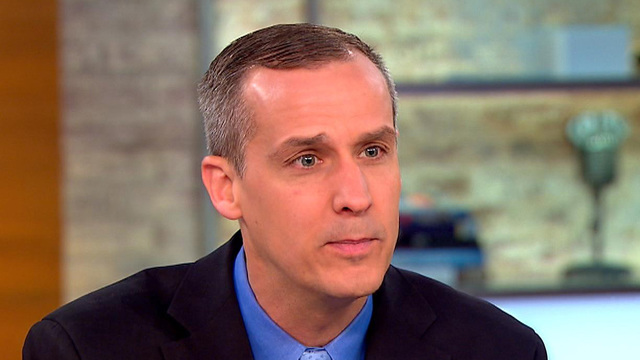 Donald Trump's campaign manager Corey Lewandowski said Tuesday that the presumptive GOP nominee has given $1 million from his personal account to charities focused on veterans' issues and that the remainder raised from a January fundraiser will be distributed by next Monday.

"He's taken a million dollars out of his personal account, he's given it to charities that he felt was worthy and any remaining money would be distributed before Memorial Day," Lewandowski said in an interview on "CBS This Morning."

Asked if Trump will release exactly where the $1 million has gone, Lewandowski said, "I mean, I'll ask him to do that."

But Trump and his campaign have made confusing, contradictory statements about how much the campaign raised during the Jan. 28 fundraiser the presidential candidate held during the night of the GOP debate Trump opted out of.

A report last week in The Washington Post said that Lewandowski said that the fundraiser actually netted about $4.5 million because some donors had backed out of their pledges and gave nothing.

Lewandowski told CBS News on Tuesday that $4.5 million has already been "attributed" and that the total amount the campaign will give to veterans' groups will be "somewhere between $5.5 and $6 million total, which would be given to the veterans."

He also said that Trump had pledged $1 million, which was donated "through his personal accounts" and "not through his foundation."

On April 26, CBS News' Major Garrett asked Trump at one of his election night events at Trump Tower if he would promise to look into whether the funds were distributed.

"I don't have the final numbers, but the money we raised for veterans has been mostly distributed. We're looking for some other really worthy places to distribute the final [funds]," Trump said. "But for the most part, it has been distributed. We raised millions of dollars."

CBS News reached out repeatedly to every veterans organization the Trump campaign said the money would initially go to and the groups confirmed they received $2,015,000. That's the amount as of April 28. Some groups said the money was specifically from Carl Icahn, Phil Ruffin and Stewart Rahr.

On Monday, Trump tweeted three times about the funds.

David Fahrenthold, a Washington Post reporter who has been tracking all of the donations, provided a recap of the situation. He said that the January fundraiser raised at least $3.1 million because he found that was the amount received by veterans groups. He said he found seven out of nine donors paid $3.75 million and that online donors provided $670,000, which adds up to $4.45 million. But it's still unclear where the $1 million from Trump's personal account went and still unclear how much was actually raised in total.