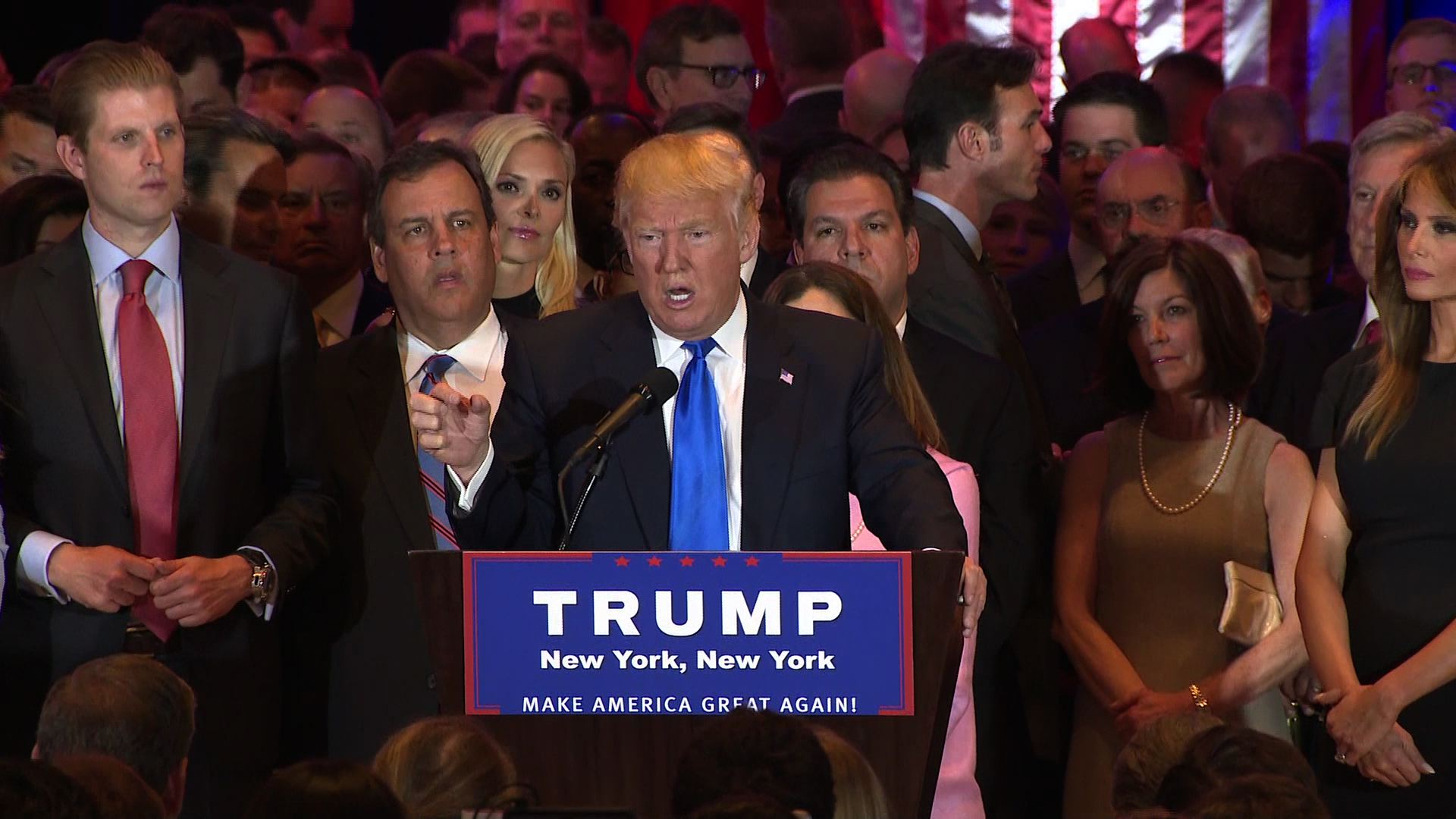 Donald Trump said Tuesday night that most of the $6 million his presidential campaign raised for military veterans has been distributed.

At his election night event at Trump Tower in Manhattan, CBS News' Major Garrett asked the GOP presidential frontrunner if he promises that he would look into whether the funds have been distributed. Trump seemed to suggest that decisions about which groups might receive funds have not yet been made.

"I don't have the final numbers, but the money we raised for veterans has been mostly distributed. We're looking for some other really worthy places to distribute the final [funds]," Trump said. "But for the most part, it has been distributed. We raised millions of dollars."

Garrett asked if Trump considers himself the presumptive Republican nominee after he swept all five states that held primaries on Tuesday -- Connecticut, Delaware, Maryland, Pennsylvania and Rhode Island.

"I consider myself the presumptive nominee, absolutely," he said.

Trump said Ted Cruz and John Kasich have no path to victory and should drop out of the race. He expressed confidence that he would unify and "heal" the GOP.

A report last week in The Daily Beast said Trump's campaign adviser for veterans issues couldn't account for the $6 million the campaign raised at a fundraiser in January that Trump held when he skipped Fox News' presidential debate in Iowa.

"I could ask, but it's not high on my priority list," Al Baldasaro, the adviser and a New Hampshire state representative, told The Daily Beast.

Several media outlets have investigated whether the funds have been distributed, but it's been hard to trace. A recent analysis by The Wall Street Journal found that only "roughly $2.4 million" had been received by veterans groups.