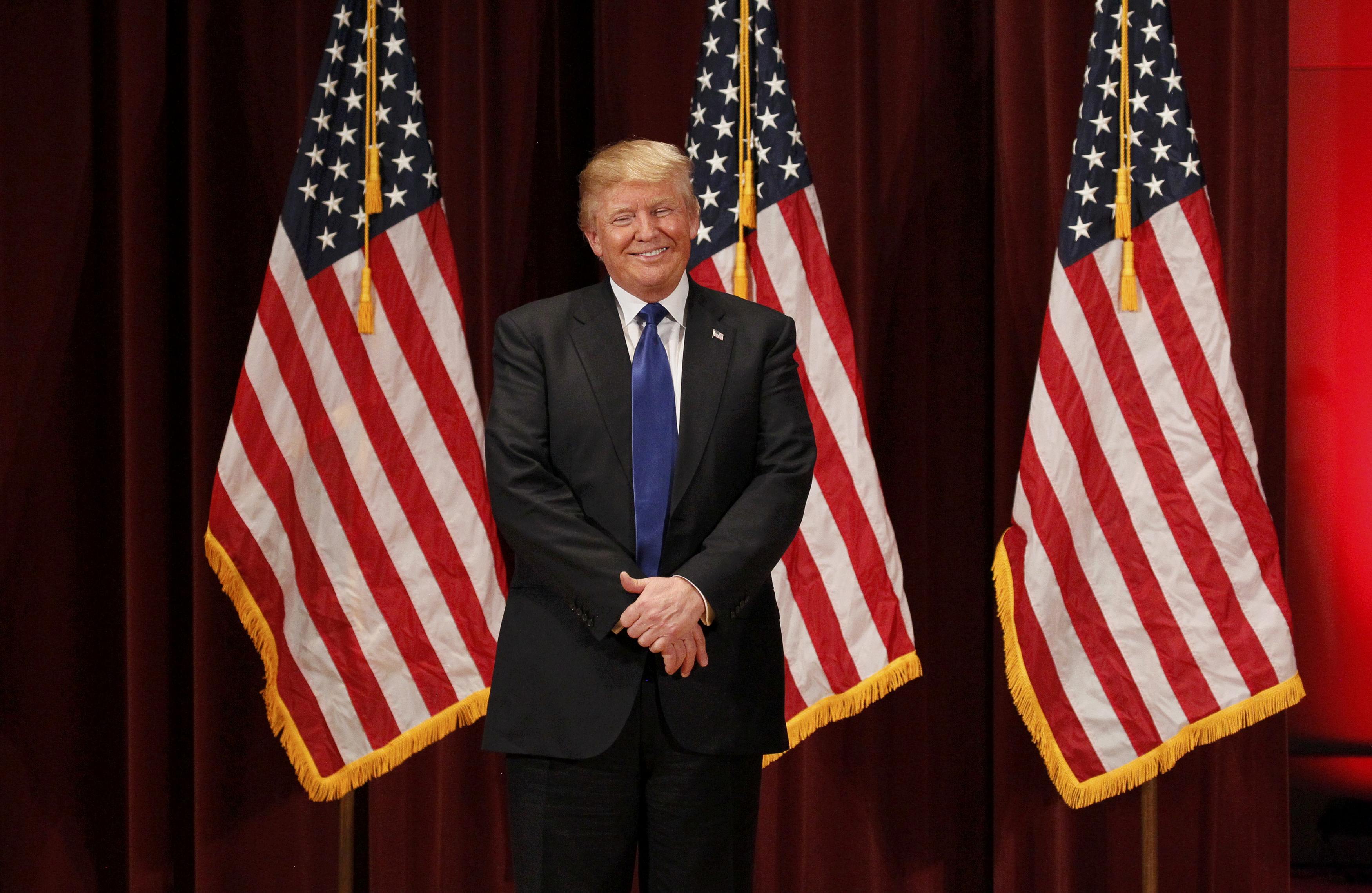 Twenty-two veterans organizations are about to receive a hefty infusion of cash, thanks to Republican presidential candidate Donald Trump and his long-simmering fight with Fox News.

The GOP front-runner, who hosted his own event in Des Moines, Iowa after boycotting the Republican debate just three miles down the road, announced Thursday that he had raised $6 million to donate to veterans groups. Trump donated $1 million of his own money to the cause.

"I did the right thing because I did something great for veterans," Trump said at a rally Friday in Nashua, New Hampshire. "And when you think of it, these politicians are on this debate, most of them don't know what they're doing. They're talking, talking, talking, and we're raising money for incredibly people."

Of the event itself, Trump bragged, "it could not have been better."

"It was a ten," he proclaimed. "You know, as they say when something works out, it was a ten. And I didn't know it was going to be a ten."

The Donald J. Trump foundation, a nonprofit arm of the candidate's business empire, intends to distribute the funds among 22 organizations that support veterans causes, several of which are based in Iowa.

The receiving groups work on a variety of veterans issues, including homelessness, suicide prevention, or, like the Des Moines-based Puppy Jake Foundation, service canines for disabled vets.

Though Trump came under fire earlier this week from some veterans groups for using their cause to advance a political agenda, several organizations slated to receive money from Trump's benefit didn't have a problem with the source of the funds.

"I think everyone has a duty to care for our military veterans," Kerri Childress, Vice President of the Fisher House Foundation, told CBS News. "Mr. Trump has been a supporter in the past, and we're grateful for him then and now -- along with the many, many donors that contributed to this event last night."

The Rockville, Maryland-based organization, which provides area housing to military families while veterans are hospitalized, only learned on Friday that it had been named a recipient.

"We learned this morning off the website like everybody else," Childress said. Before Thursday's event, the group had only been contacted by Trump's people to gather more information about the organization.

Of the veterans attacks leveled at the GOP candidate for politicizing the issue, Childress waved off the criticisms.

"It's not just Donald Trump -- it's also Americans who have donated for it," she said. "And guess what? Taking care of our veterans is not a Democrat or Republican issue."

But at least one group on Trump's donation list seemed hesitant about the source of of the funds, echoing earlier critiques of the candidate's policy proposals for veterans.

"While we are grateful for this support, it is our sincere wish that all who seek public office will provide the American public with substantive information on their vision for the future of veterans' healthcare and benefits," Dick Marbes, president of the Kentucky-based Disabled American Veterans (DAV) Charitable Service Trust, told CBS News in a statement.

Marbes added: "The receipt of a donation from Mr. Trump's foundation does not imply an endorsement for his political campaign."

Still, some were just grateful for a cut of the $6 million donations.

Becky Beach, CEO and Vice President of the Puppy Jake board, said that she was "flattered" the Trump foundation had recognized the work of her nonprofit, which raises and professionally trains service dogs for wounded warriors.

"I can hardly believe the gratitude and humility I feel," Beach told CBS, though she was quick to add that "of course, we're not partisan."

"It could be substantial for us," she added. "We're a relatively new organization and for a nonprofit that's a lot of money."

The groups do not yet know how much will be allotted to them or when they will receive the promised funds.

Of Trump's decision to opt out of the GOP debate, Beach said that it didn't bother her much: She was able to catch bits of both primetime events.

"I watched both," she said. "Flipped back and forth, like I imagine most people did."

Here's the full list of veterans organizations Trump singled out for donations:

American Hero Adventures in Eugene, OR

Folds of Honor in Owasso, Oklahoma

Homes for our Troops in Taunton, MA

Hope for the Warriors in Annandale, VA

Partners for Patriots in Liberty, TN

Warriors for Freedom in Stillwater, OK