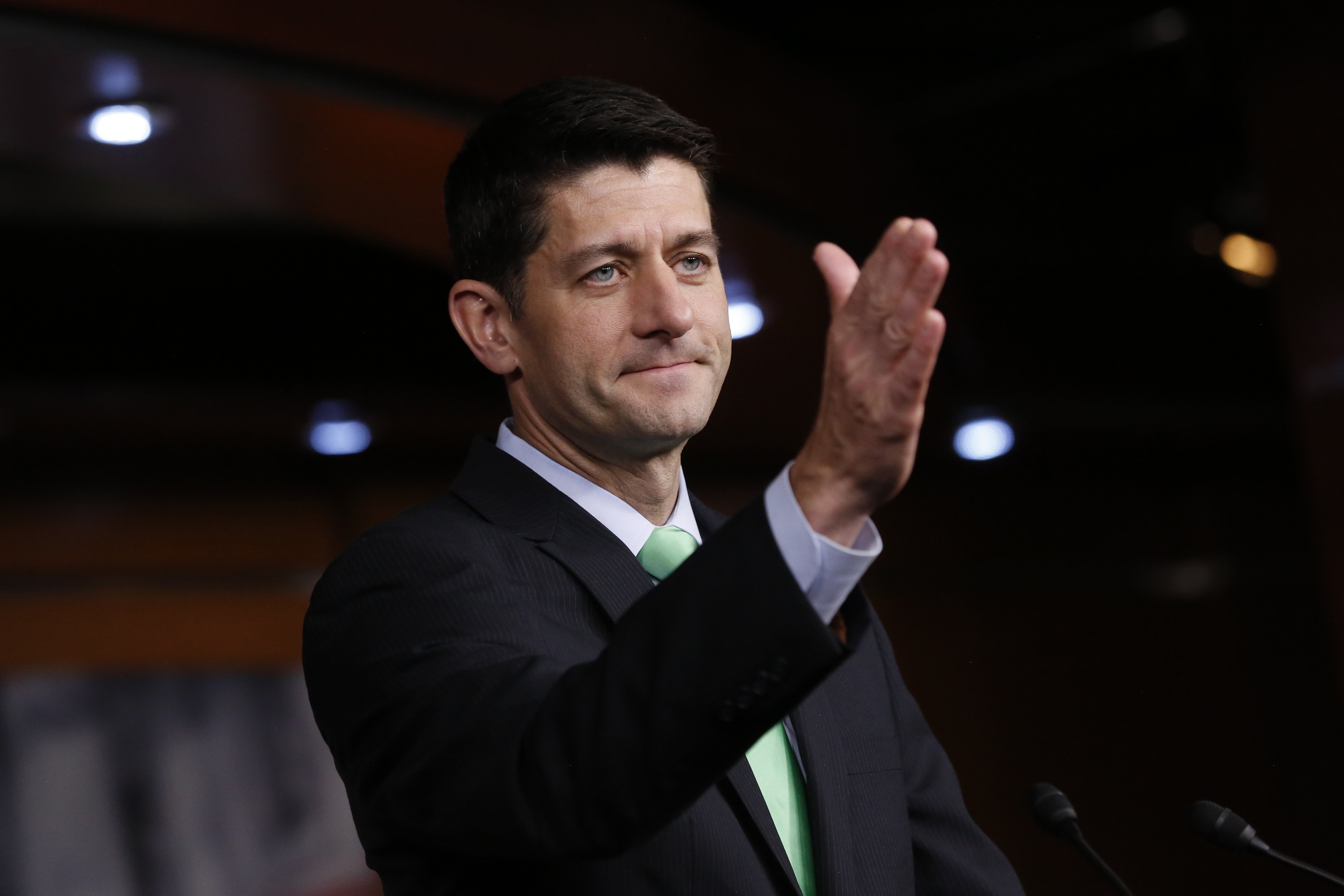 Donald Trump has not ruled out trying to remove Speaker Paul Ryan as chairman of this summer's Republican National Convention in Cleveland.

In an interview on NBC's "Meet the Press" on Sunday, the presumptive GOP nominee was asked whether Ryan could serve a chairman of the convention if he doesn't endorse Trump.

"I don't want to mention now. I'll see after. I will give you a very solid answer, if that happens, about one minute after that happens. Okay?" Trump said. "But there's no reason to give it right now, but I'll be very quick with the answer. Let's see what happens."

Ryan is expected to preside over the convention in July as a permanent chairman since he is speaker of the House, though he has claimed he wasn't aware of the responsibility until after he won his leadership post last fall.

It's highly unlikely that Trump would be able to remove him.

Asked whether Trump could unilaterally remove Ryan as chairman, RNC spokeswoman Lindsay Walters told CBS News, "The convention officers are elected through the adoption of the report of the committee on permanent organization. While the duties of the officers are not detailed in the rules, the role of the convention chairman is to preside over the convention."

A former GOP convention spokesperson told CBS that that means that Ryan won't officially be chairman of the convention until the committee on permanent organization adopts that report, which will happen shortly before the convention in July. Typically, the convention chairman is the highest-ranking Republican in Congress and it would be a break from tradition if Ryan is removed.

The chairman of the convention presides over the event, and usually means calling the roll for the nomination vote.

Ryan told the Milwaukee Journal Sentinel on Monday that he would be willing to step down as chairman if that's what Trump wants.

"He's the nominee. I'll do whatever he wants with respect to the convention," Ryan told the Wisconsin paper.

In the "Meet the Press" interview that aired Sunday, Trump said he was stunned by Ryan's decision last week to publicly say he wasn't ready yet to back Trump for president.

"I mean, to be honest. I like Paul Ryan. I think he's a very good guy. He called me three weeks ago, and he was so supportive. It was amazing. And I never thought a thing like this. I got blindsided by this," Trump said. "I was blindsided a little bit, because he spoke to me three weeks ago, and it was a very nice call, a very encouraging call. I was doing well. He called me, I think, to congratulate me about New York, 'cause I won by massive numbers. I won everything. And then the next week, I won the five states in a row by all landslide numbers."

Ryan and other GOP leaders are scheduled to meet with Trump behind closed doors at the RNC in Washington on Thursday. The House speaker and Trump are also scheduled to have a separate meeting with RNC Chairman Reince Priebus.