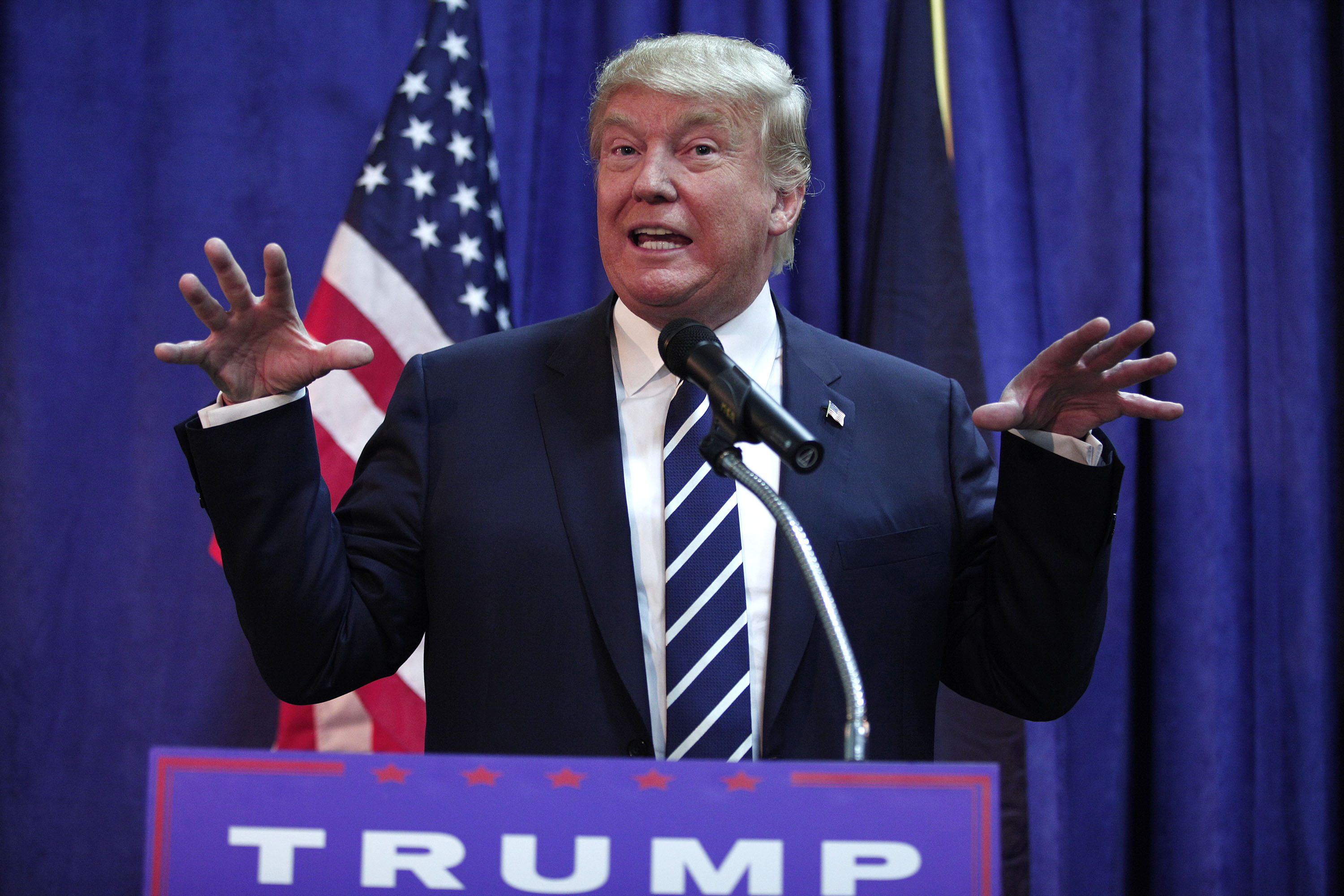 "We're going to be announcing over the next two weeks numbers and specifics," Trump told reporters in Michigan, making his first public appearance since the first GOP primary debate. Still, he cautioned: "You really have to be flexible on jobs and everything else."

Trump, the real estate developer and former reality TV star who has been dominating the race this summer, made the comments before addressing more than 2,000 people gathered at a Republican fundraising dinner at the Birch Run Expo Center, north of Flint. It's his first appearance in Michigan as a presidential candidate.

"I would never give up my microphone. I thought that was disgusting. That showed such weakness," said Trump, who vowed that something similar would never happen to him. "I don't know if I'll do the fighting myself or if other people will. But that was a disgrace."

Trump's campaign so far has been dominated by one firestorm after the next, the latest involving Fox News personality Megyn Kelly's debate questions. The former reality television star, furious over what he deemed unfair treatment, lashed out at Kelly and the network, telling CNN on Friday that during the debate Kelly had "blood coming out of her eyes, blood coming out of her wherever."

But the feud between Trump and Fox News, one of the most powerful voices in Republican and conservative circles, appeared to thaw on Monday after the network's chairman, Roger Ailes, reached out to Trump directly to clear the air.

"I assured him that we will continue to cover this campaign with fairness & balance," Ailes said in a statement.

The network announced shortly after that Trump would be appearing on two of its shows on Tuesday, including a lengthy interview with Sean Hannity.

"As far as I'm concerned, I'm fine with it," Trump told CNN's "New Day" Tuesday morning after concluding a brief phone interview with "Fox & Friends" in which Trump made no mention of Kelly or her questions.

In the interview with Hannity for Tuesday night, Trump said he was prepared to spend $345 million or more to fund his establishment-bucking campaign as long as he's doing well in the polls.

"Sure. You saw my income, my income is $400 million a year," Trump responded, according to highlights released by the network. "Sure, I would spend that if I am doing well!"

The billionaire businessman's campaign has also begun soliciting fundraising dollars through its website. Despite the appeals, campaign spokeswoman Hope Hicks said that Trump will continue to finance the campaign, but has "been overwhelmed by unsolicited contributions."

She said that Trump will match any money coming in.

Trump was also pressed earlier in the day by "New Day" host Chris Cuomo on his lack of specific policy proposals since declaring his presidential run.

Trump also refused once again to rule out a third-party run.

"We're going to keep the door open, we're going to see what happens," he said on Fox. "I want to run as a Republican. But I do want to keep that door open in case I don't get treated fairly."