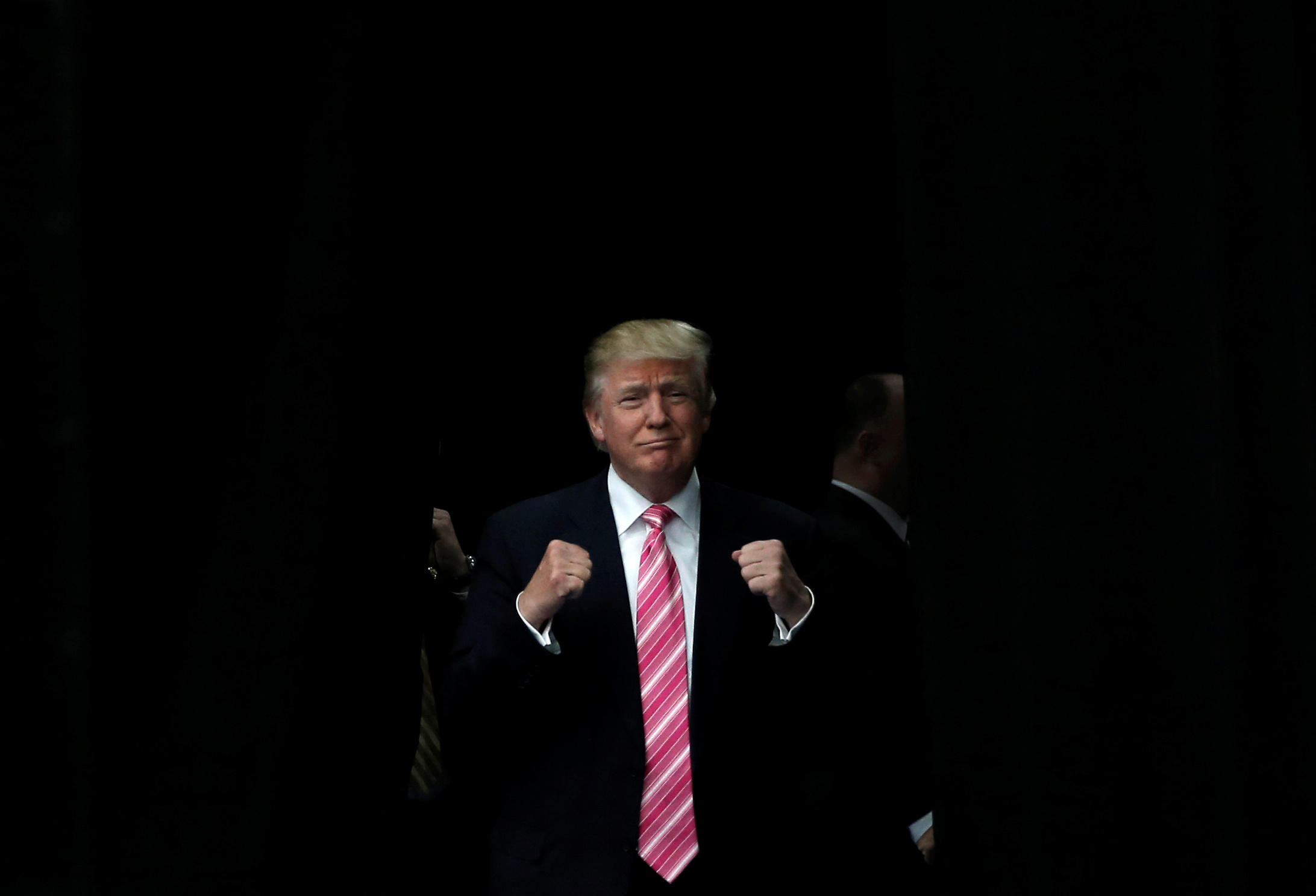 The GOP nominee has suffered from a spate of negative press over the past few days resulting from his feud with a former Miss Universe pageant winner and fallout from his first debate performance that was perceived by many voters to have fallen short. He took aim at several targets -- one inanimate, others familiar -- ranging from the microphone at that first debate to his Democratic opponent, Hillary Clinton.

“Hillary Clinton’s only loyalty is to her financial contributors and to herself,” Trump said, in an attack line he’s used many times. But what came next made the crowd erupt.

“I don’t even think she’s loyal to Bill, if you wanna know the truth.”

The audience gasped at Trump’s off-the-cuff suggestion that Clinton had not been faithful to her husband, former president Bill Clinton, a point he made without substantiation.

The rhetoric for the rest of Trump’s address, in which he veered off from his teleprompter early and often, stayed at a fever pitch. He encouraged chants of “Lock her up!” from his supporters by saying that Clinton “should be in prison.”

In the midst of comparing his “great temperament,” to Clinton’s, Trump declared, “She could be crazy. She could actually be crazy.”

Of his own disposition, Trump said, “It’s like one of my strongest things” and that it was a “winning temperament.”

“She’s never done anything meaningful.  Never,” Trump said. “Her only legacy is death, tremendous financial loss, and failure.  Her policies gave us the disasters in Iraq, Libya, and Syria.”

Trump previously supported intervening in both Iraq and Libya.

Again, the Republican nominee ridiculed Clinton’s bout with pneumonia​, after weeks of declining to say much on the topic.

“But here’s a woman, she’s supposed to fight all of these different things, and she can’t make it fifteen feet to her car,” Trump said. “Give me a break. Give me a break.”

As angry as Trump seemed about Clinton, he saved a large part of his vitriol for the microphone from the debate on Monday, repeatedly saying of the debate commission, “They gave me a bum mike​” on Saturday night.

“Here we have the Commission of Presidential Debates, big fancy name,” Trump said, “and they gave me a bum mike and I’ve gotta scream into the mike, and I’ve got friends in the audience and they keep going like this, ‘What’s going on?’”

Trump pantomimed someone in the audience not being able to hear Trump speak. He then polled the crowd.

“They gave me a bum mike.  So how many people in this room think that maybe that was done on purpose?”

His supporters agreed. It was done on purpose.

Trump arrived nearly two hours late because of poor weather. Trump rode a helicopter from New Jersey where he attended a fundraiser, but fog and rain delayed his landing in Lancaster, Pennsylvania.

His supporters chanted “Turn it off!” as Trump’s pre-rally soundtrack seemed to cycle endlessly through the same songs.

But when Trump arrived, he was in rare form. Thousands of his fans stuck around for the performance.

“Right now, you say to your wife, ‘Lets go to a movie after Trump,’” Trump said. “But you won’t do that because you’ll be so high and so excited that no movie is gonna satisfy you. Okay? No movie. You know why? Honestly? Because they don’t make movies like they used to. Is that right? What a difference.”