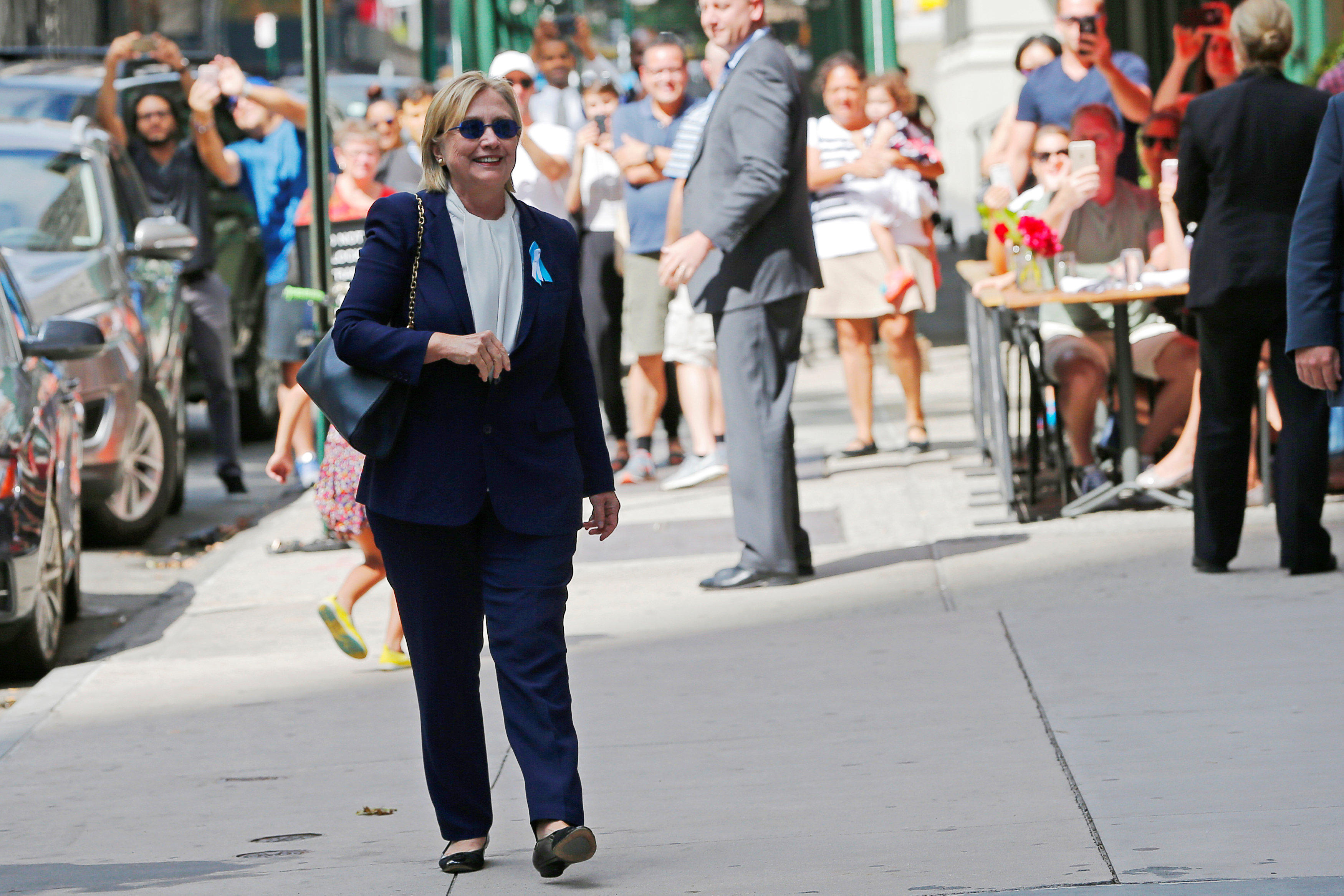 Hillary Clinton said Monday night that she and her campaign didn’t disclose her pneumonia diagnosis on Friday because she didn’t believe it was “that big a deal,” saying she’s feeling “much better” and will be releasing more medical information in the coming days.

“I just didn’t think it was going to be that big a deal,” Clinton said in a phone interview with CNN. “...It’s just the kind of thing that if it happens to you and you’re a busy, active person you keep moving forward. And you know I think it’s fair to say that people know more about me than almost anyone in public life.”

Clinton explained the events of Sunday, when she abruptly left a 9/11 memorial ceremony in New York with her campaign telling people she felt “overheated.” It wasn’t until Sunday night that Clinton’s campaign disclosed that she had been diagnosed with pneumonia the preceding Friday. She said she was “incredibly committed” to attending the event, despite her illness, which is why she went and ignored her doctor’s advice to rest,

“What happened yesterday was that I just was incredibly committed to being at the memorial—as a senator on 9/11 this is incredibly personal to me,” she said. “And I could feel how hot and humid it was, I felt overheated, I decided that I did need to leave and as soon as I got into the air-conditioned van I cooled off, I got some water and very quickly I felt better so I felt fine.”

She said that despite video footage showing her stumbling and being helped into her van, she did not faint on Sunday and merely felt “dizzy.”

“No I didn’t,” she said. “I felt dizzy and I did lose my balance for a minute but once I got in, once I could sit down, once I could cool off, once I had some water I immediately started feeling better.”

As of now, Clinton said she is feeling “much better.”

“Obviously I should have gotten some rest sooner—I probably would have been better off if I’d just pulled down my schedule on Friday,” she added. “But like a lot of people I just thought I could keep going forward and power through it.”

Clinton was also asked about a comment her husband, former President Bill Clinton, made in an interview with CBS News’ Charlie Rose earlier Monday, in which he said Hillary Clinton had had similar fainting spells “on more than one occasion.” In response, Clinton said she could only recall two instances of similar experiences in the past.

“You know it is something that has occurred a few times over the course of my life and you know, I’m aware of it and usually can avoid it,” she said.

Clinton said her campaign would be releasing further information about her health, but that with its 2015 letter from her doctor she has already met the same level of disclosure that both nominees did in 2012—calling out GOP nominee Donald Trump for not being as extensive in his medical disclosures thus far. Trump has said he plans to release more detailed information about his health in the near future.

“We’re going to be releasing more information and I think it’s fair to say I think we’ve already met the standard of disclosure of past presidential candidates,” she said.