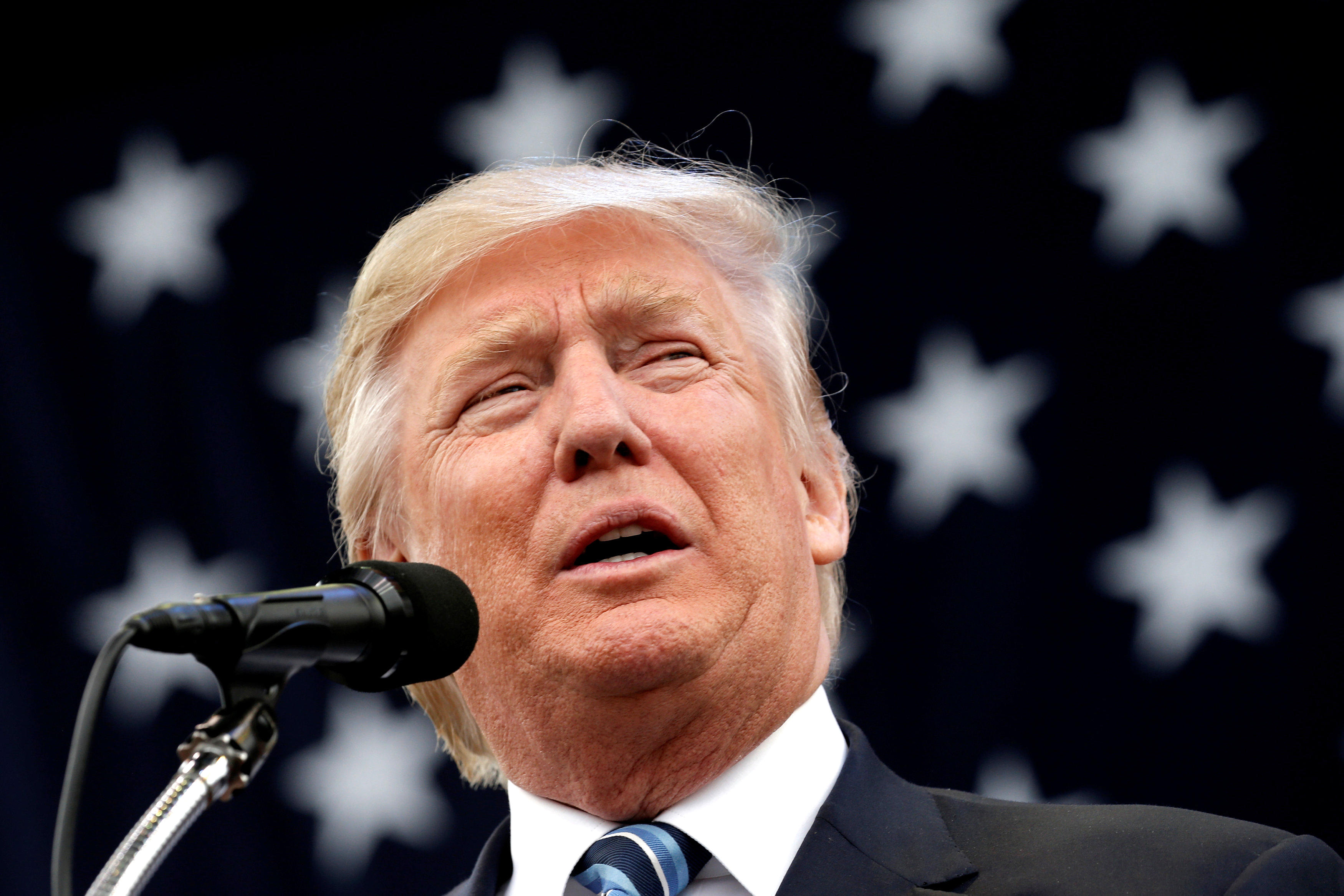 Donald Trump campaigns in New Hampshire, Maine and New Jersey on Saturday with new problems chasing him on the campaign trail.

Trump maintains his innocence and has lobbed insults at his accusers, including attacks on their beauty.

CBS News correspondent Errol Barnett reports it’s been more than a week since Trump’s crude comments to “Access Hollywood” from 2005 went public, triggering a series of unfortunate events for the candidate. Since then, several women have come forward accusing the Republican nominee of sexual assault while he continues to aggressively deny the charges.

At a late night rally in North Carolina Friday, an unshackled Trump physically removed his teleprompters from the stage, looking past the latest in a slew of assault allegations against him.

“In just about all cases, it’s nonsense, it’s false,” he said earlier in the day.

Trump mocked the growing list of women who have accused him of unwanted sexual advances.

He even disparaged his female opponent, Hillary Clinton, referencing when they crossed paths at the last debate.

“And when she walked in front of me, believe me, I wasn’t impressed,” Trump said.

As Trump spoke, two more women went public with claims of their own, bringing the total number of alleged victims to six.

One described an incident at a nightclub in New York.

“He did touch my vagina through my underwear,” Kristin Anderson told The Washington Post.

And the other, a former contestant on “The Apprentice,” described an experience in Los Angeles.

“I pushed his chest to put space between us, and I said, ‘Come on, man, get real,’” Summer Zervos told reporters. “He repeated my words back to me, ‘get real,’ as he began thrusting his genitals.”

Trump put out a statement denying ever meeting Zervos at a hotel or greeting her inappropriately a decade ago.

“Donald Trump has asserted that all of these recent, unsubstantiated allegations are categorically false, and I do believe him,” running mate Mike Pence said on “CBS This Morning” Friday.

Pence also said that Trump would have proof he’s being falsely accused.

“I think before the day is out there’ll be more evidence publicly that shows and calls into question these latest allegations,” the Indiana governor said.

When CBS News asked the Trump campaign to provide said evidence, Trump spokeswoman Hope Hicks said by phone, “I didn’t say that. Governor Pence did. I will let you know when we have more information.”

CBS News has not yet been provided an update.