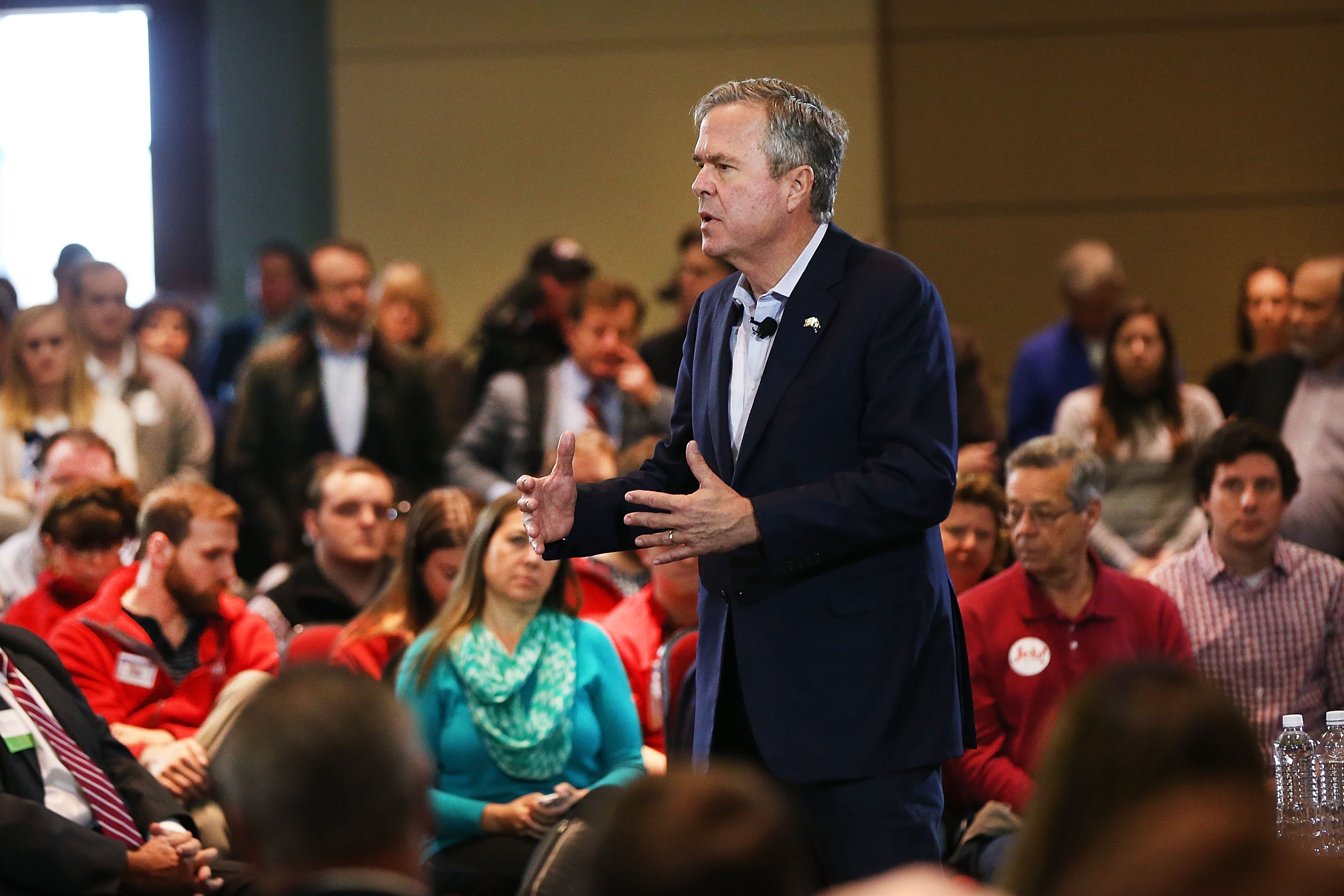 "I think his Christianity is between he and his creator -- don't think we need to discuss that," Bush told reporters on Thursday in Columbia. The defense of his spiritual life did not extend to his political life, though. "As it relates to his policies related to ISIS, he's not the right guy to be commander-in-chief," Bush added.

The pope's remark that Trump's support for a border wall with Mexico "is not Christian" might be the lone subject that Bush and Trump agree on these days.

Trump's response to the papal slam was similar to Bush's, if more strongly worded. His reply to the pope was that "no leader, especially a religious leader, has the right to question another man's religion or faith.'

In a written statement, Trump called the pontiff's comments "disgraceful."

Bush, a parishioner of Church of the Little in Coral Gables, Florida, said that while Pope Francis is his spiritual leader, he does not take cues from him when it comes to policy, specifically environmental policy.

Asked if he would engage in public discourse with the Pope, Bush said, "I wouldn't -- I'd stay away from that."

Bush said he supports a wall or fencing in places that need them along the border between Mexico and the United States, in addition to increased Border Patrol, drone and GPS technology.

"And that is clear, it's not an un-Christian thing to do, to make sure that people aren't coming across our border illegally," Bush concluded. "That's a just thing to do."