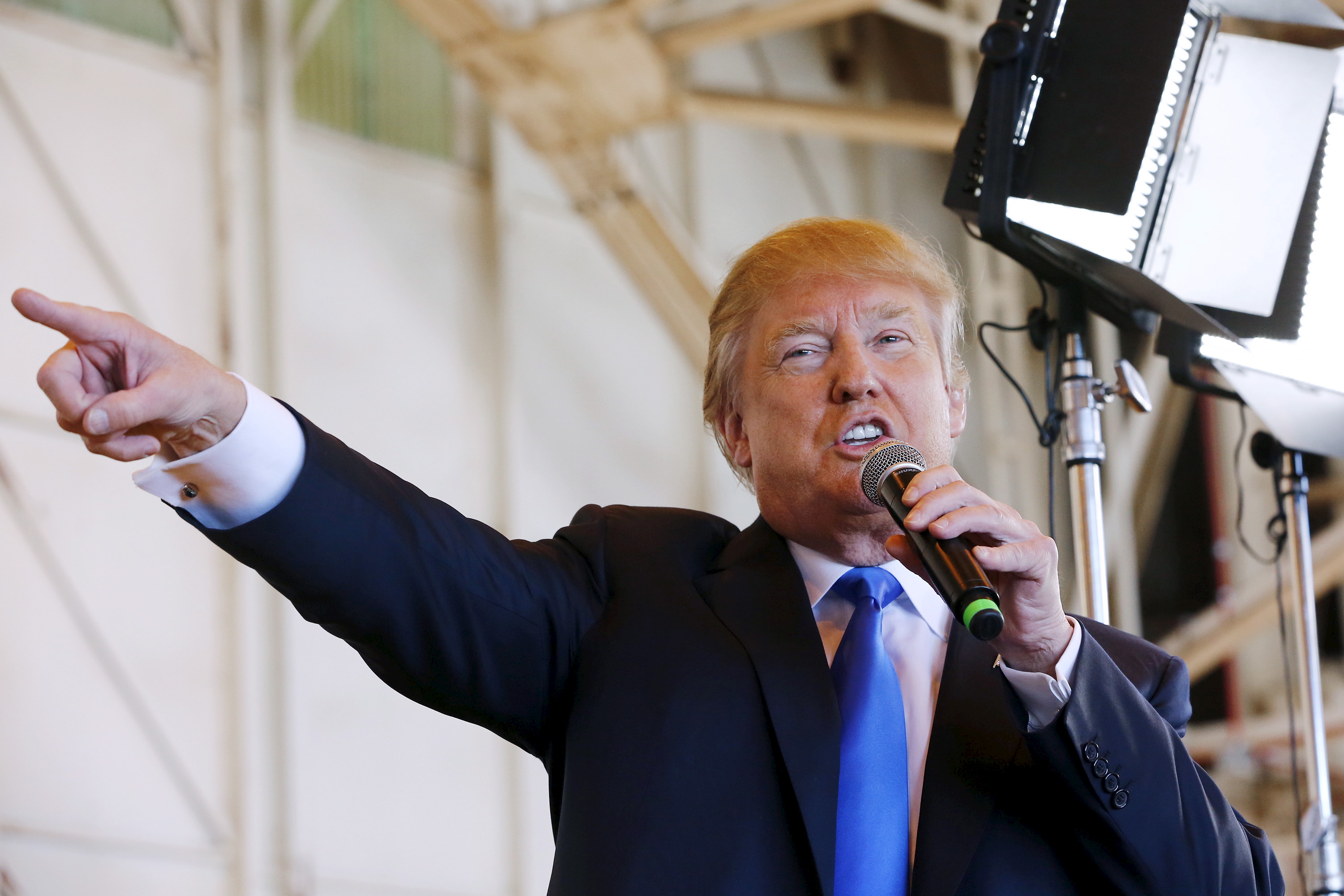 Trump appeared to borrow a phrase from Clinton herself, who was commenting on Donald Trump's use of the word "schl****d" to describe her 2008 loss to then-Sen. Barack Obama.

"It's not the first time he's demonstrated a penchant for sexism," Clinton told the Des Moines Register last week.

It's not the first time Bill Clinton has emerged as a potential issue in the 2016 campaign. In 2013, the wife of Sen. Rand Paul, R-Kentucky, said in an interview with Vogue that Bill Clinton's behavior was "predatory, offensive to women" and should preclude him from returning to the White House - even as the husband of the president.

Paul later said on "NBC" that he agreed with his wife, but said Hillary Clinton should be judged by her own actions if she ran for president. Still, he argues that Bill Clinton undercuts the Democratic argument that Republicans are waging a war on women.

"I think really the media seems to have given President Clinton a pass on this," he said on NBC's "Meet the Press" Sunday. "He took advantage of a girl that was 20 years old and an intern in his office. There is no excuse for that."

Otherwise, the Monica Lewinsky scandal has not really factored into the 2016 campaign.

Trump apparently didn't think Bill Clinton's sexism was so bad that it was worth leaving him off the guest list at his 2005 wedding to Melania Knauss, his third and current wife. Trump claimed that he asked the Clintons to come in return for a campaign donation. Hillary Clinton said she was "planning to be in Florida" and "thought it would be fun."

Update: Hillary Clinton's deputy communications director Christina Reynolds on Monday released a statement in response to Trump's attack: "Though Donald Trump has pushed around nearly all of his fellow Republicans, Hillary Clinton won't be bullied. While she won't be distracted by the slings he throws at her and former President Clinton, when his insults are directed at women, immigrants, Asian-Americans, Muslims and the disabled, to name a few -- Hillary Clinton will stand up to him."