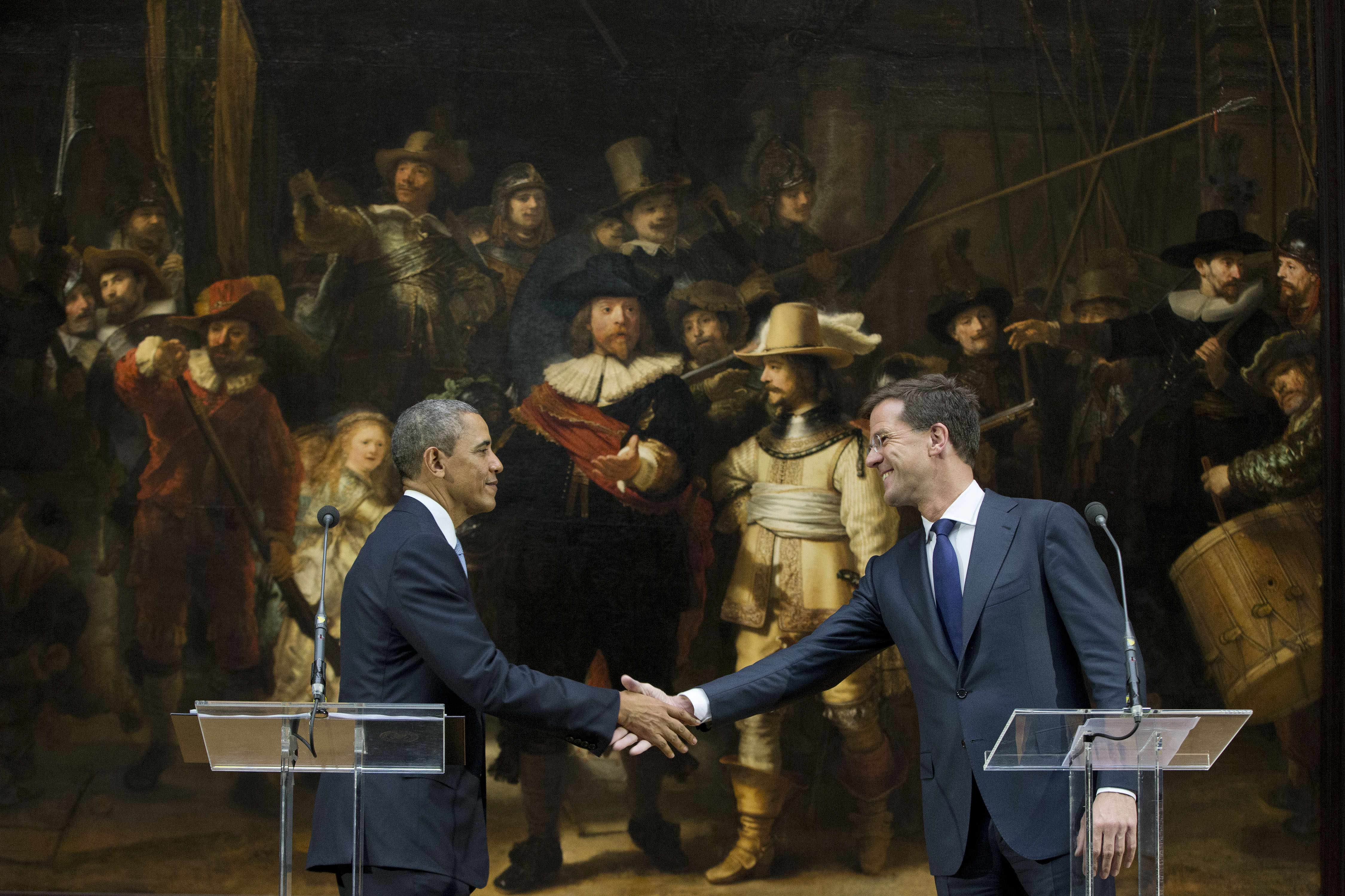 President Obama's European trip, which is serving as a de facto background for international meetings around the Ukraine crisis, continues Tuesday with the second day of a Nuclear Security Summit.

Though the news out of Monday's meeting was a move by the Group of Seven (G-7) nations to further isolate Russia on the world stage, the U.S. announced the completion of projects with Belgium and Italy to remove nuclear material and reaffirmed a working relationship with Japan to dispose of highly-enriched uranium and separated plutonium stocks worldwide in order to prevent the materials from falling into the hands of criminals or terrorists.

The president will visit the World Forum as part of the summit Tuesday, after which he has another press conference planned with Dutch Prime Minister Mark Rutte. He also has meetings planned with the leaders of Abu Dhabi and the United Arab Emirates, as well as a session with President Park Geun-Hye of the Republic of Korea and Prime Minister Shinzo Abe of Japan.

Although Russia and the U.S. remain at odds - and trading sanctions - over the Russian incursion into the Crimean peninsula, National Security Advisor Susan Rice said Friday that the two countries continued to cooperate on the issue.

"Nuclear security is an area where the United States has and continues to have an enduring interest in cooperation with Russia and other important countries where the security of nuclear materials remains of concern," Rice said at a White House briefing last week. "We have every interest in continuing to cooperate with Russia and other countries, even where we have differences with them on other issues, on the issue of nuclear security."

Russian Foreign Minister Sergei Lavrov will represent his country at the meeting, though Rice insisted he was long expected and that said Putin's absence was not a snub. Asked if the Russians were still fully cooperative on nuclear security, Rice said, "We haven't seen any evidence to the contrary."

Still, the crisis has hung over the two-day summit in the Netherlands. On Tuesday, the G-7 suspended any meetings of the G-8, which included Russia, until the situation with Ukraine changes.

"This Group came together because of shared beliefs and shared responsibilities. Russia's actions in recent weeks are not consistent with them," the seven nations said in a statement released after their meeting. They announced that the planned G-8 summit in Sochi would become a meeting of the G-7 nations in Brussels, instead, and the foreign ministers of each nation have been instructed not to attend an April meeting in Moscow.

"As long as Russia is flagrantly violating international law and the order that the G-7 has helped to build since the end of the Cold War, there's no need for the G-7 to engage with Russia," said Mr. Obama's deputy national security adviser for strategic communications Ben Rhodes in a briefing with reporters before the meeting.

Mr. Obama, in the Netherlands for a nuclear security summit, and the world leaders met on the sidelines to address the international response to Russia, which formally annexed Crimea last week after the region held a secession vote that the U.S. and European allies view as illegitimate. Both the U.S. and the European Union have levied sanctions against top Russian and Ukrainian officials, and Mr. Obama signed an executive order that would authorize additional penalties against some of Russia's top industries. The statement from the G-7 meeting indicated that the other member nations were prepared to follow suit.

With Russian troop buildup on the eastern border of Ukraine, however, the crisis is far from resolved and other nations are still looking for the best way to deter further Russian aggression in the region. All of the G-7 member nations have imposed sanctions, but the suspension of Russia's membership in the group offers an additional way to diplomatically isolate Russia.