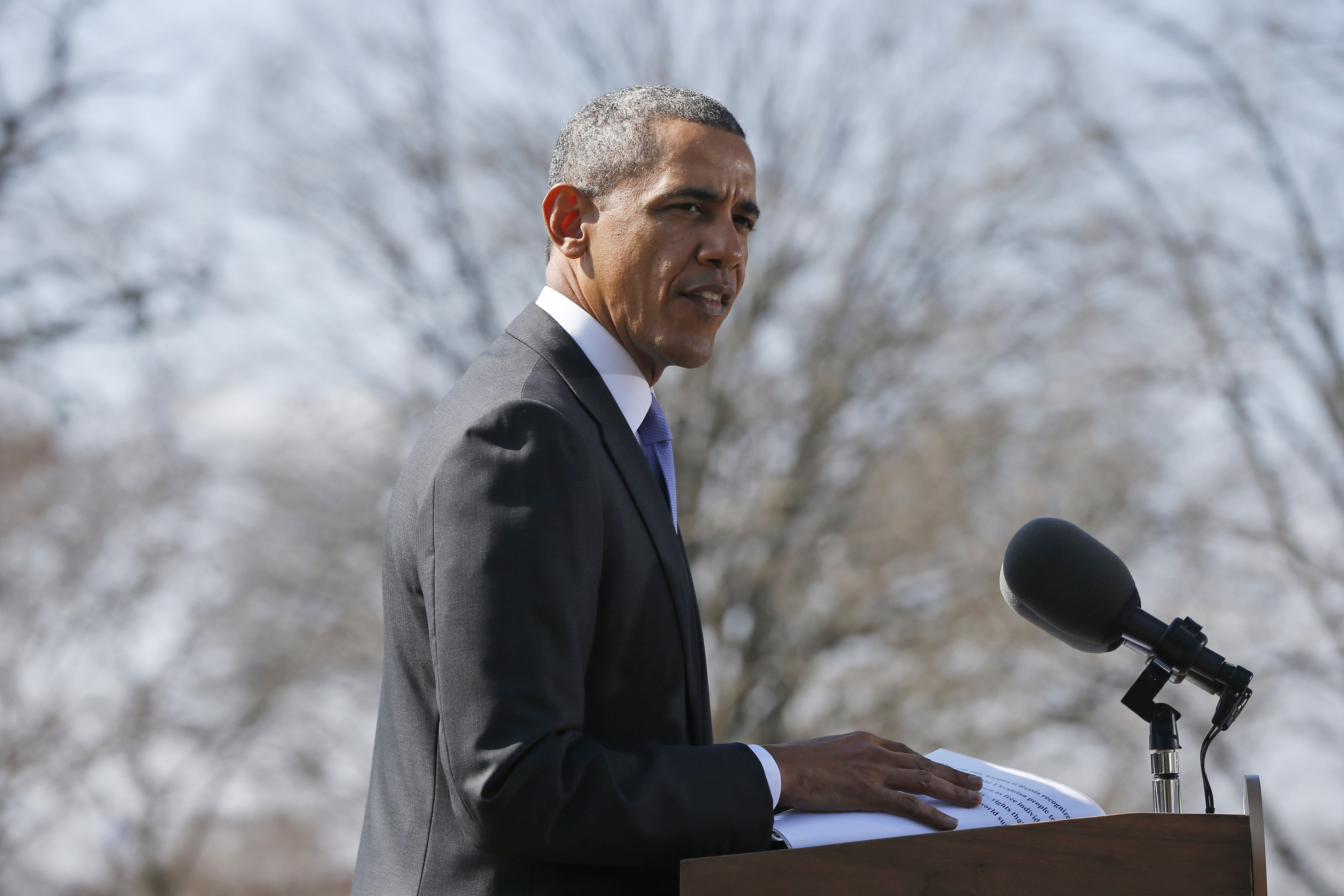 President Obama announced Thursday that he is expanding the group of Russians being sanctioned by the U.S. to include more senior government officials, as well as several other individuals and a bank that provides material support to the government that the administration is describing as "cronies."

In addition, the president said in a statement from the South Lawn before departing the White House, he signed an additional executive order in consultation with European allies that will give the U.S. the authority to impose sanctions on key sectors of the Russian economy, nothing that this was not a "preferred outcome" because it could impact the global economy as well as the Russian one.

The expanded sanctions list includes senior members of the Russian executive and legislative branches, some of whom were targeted by the European Union earlier this week, aides to Russian President Vladimir Putin, and a pair of influential businessman who are brothers, Arkady and Boris Rotenberg. The sanctions also hit Bank Rossiya.

The industries that could face sanctions include financial services, metals and mining, energy, defense and related material, and engineering, according to the administration.

"The United States today is moving, as we said we would, to impose additional costs on Russia," the president said, noting his actions were a response to the Crimean referendum to secede from Ukraine, Russia's move to annex the region and rising tensions in the peninsula in recent days.

"These are all choices that the Russian government has made, choices that have been rejected by the international community," the president said.

He stressed that the U.S. and Russia still have diplomatic relations are urged Putin to take a different path.

"The Russian people need to know and Mr. Putin needs to understand that Ukrainians shouldn't have to choose between the West and Russia. We want the Ukrainian people to chose their own destiny," Mr. Obama said. "That can only happen if Russia also recognizes the rights of the Ukrainian people."

"The Speaker is proud to be included on a list of those willing to stand against Putin's aggression," said Boehner spokesman Michael Steel.

Arizona Sen. John McCain, R-Ariz., who is also banned, said in a statement, "I guess this means my spring break in Siberia is off, my Gazprom stock is lost, and my secret bank account in Moscow is frozen. Nonetheless, I will never cease my efforts on behalf of the freedom, independence, and territorial integrity of Ukraine, including Crimea."

Earlier this week, McCain said, "I would be honored to be on that list."

After the president announced the first round of sanctions earlier this week, one of the sanctioned officials openly mocked Mr. Obama and suggested it would have no effect. But senior administration officials on Thursday expressed confidence the sanctions would bite.

"I would suggest that if any of these individuals, including the ones that we are doing today, have any interest in doing any business outside of Russia in rubles, they are going to find great difficulty in doing so. They will be unable to access any US financial services, will find it very difficult to transact in the dollar" and possibly even European currencies, an official said.

The administration also cast doubt on Russian threats to reevaluate their role in the P5+1 Iranian nuclear talks as a result of the fraying relations with the U.S.

"Russia has no interest in nuclear proliferation or an escalation the situation in the Persian Gulf," the official said. "They're interested in diplomacy with Iran because it's in their own interest. It's not a favor to us."