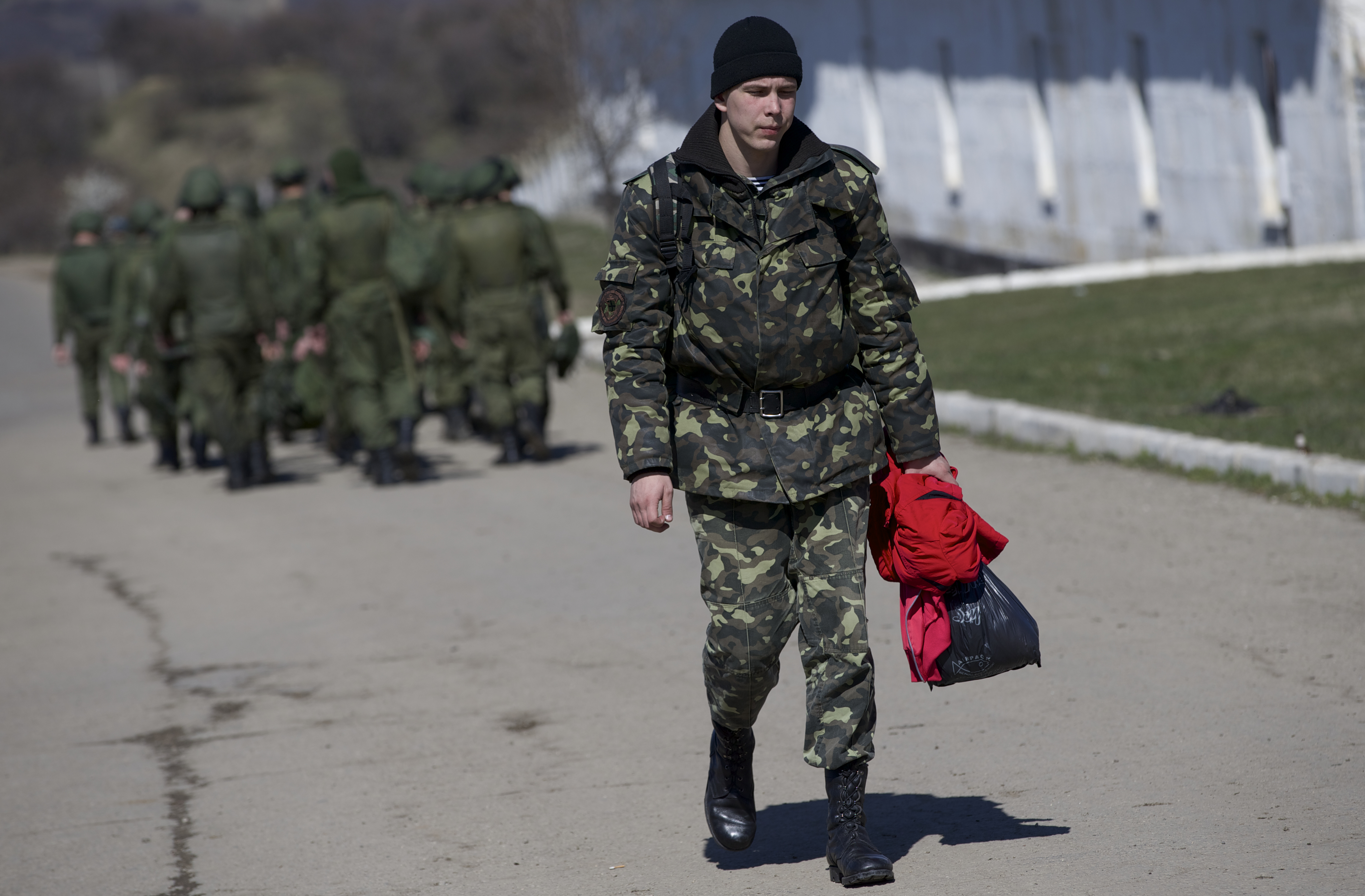 The buildup is raising serious concerns that Russia could invade Ukraine proper.

The beefing up of Russian forces includes tanks and tactical aircraft but is also a very heavy logistical buildup which would allow for a sustained operation, Martin reports.

The buildup is at least twice the size of what the Russians advertised when they announced the exercise.

Defense Secretary Chuck Hagel called the Ukraine defense minister but there were no immediate details reported from that conversation.

Meanwhile on Friday, Russian President Vladimir Putin signed a bill completing his country's annexation of Crimea, which voted overwhelmingly less than a week earlier to secede from Ukraine and join the Russian Federation.

CBS News' Elizabeth Palmer reports from Crimea that Ukrainian servicemen are still holding out on ships, though overnight two Ukrainian naval vessels were seized by pro-Russian crowds and paramilitaries.

Several thousand military personnel do remain dug in on their bases, Palmer reports. The government promised they would be a part of a plan to evacuate safely to new jobs and lives across the border but they are still waiting to hear how that will happen and how soon.

Martin reports that there was no further progress on the shipment of non-lethal military supplies to Ukraine.

On Thursday, Hagel called Moscow to ask Russia's defense minister directly about the troop movements. Pentagon spokesman Adm. John Kirby said the Russian promised there would be no invasion.

"It's an exercise only, no intention of crossing the border into Ukraine, not going to take any aggressive action," Kirby said. "That was Minister Shoigu's words, and Secretary Hagel's expectation is that he will live up to those words."