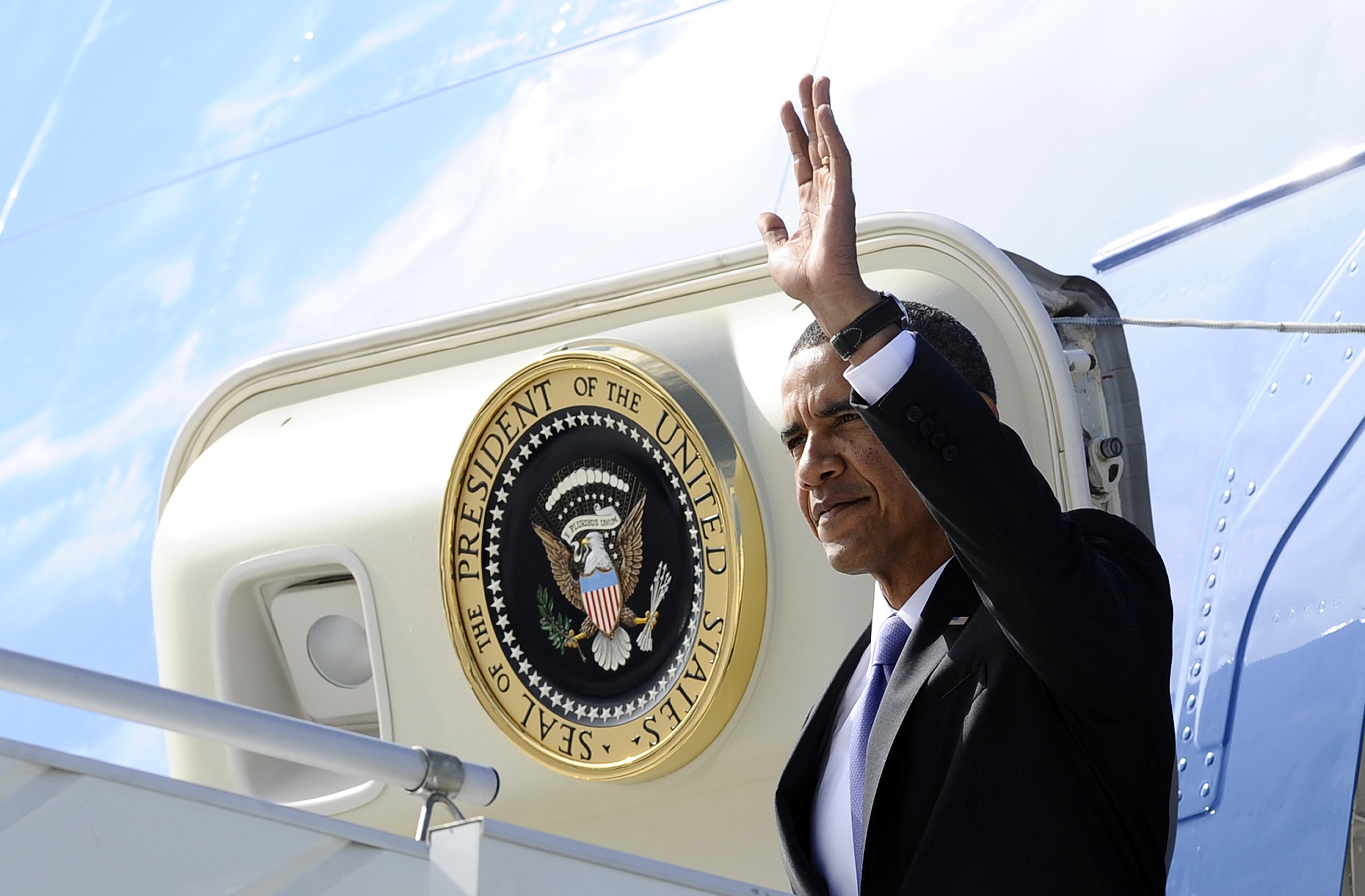 With the crisis in Ukraine still threatening to boil over in the wake of Russia's annexation of the Crimean peninsula, President Obama will have his work cut out for him when he arrives in the Netherlands on Monday for an international summit.

Although the planned meeting in The Hague is ostensibly expected to focus on nuclear security issues, it's a sure bet the ongoing tug of war between Ukraine and Russia will dominate discussion on the sidelines of the summit when Mr. Obama meets with his counterparts in the G-7.

"Over the course of this, trip the president will be mobilizing the international community and some of our most important partners in the world at a time when we're dealing with a number of important challenges," National Security Adviser Susan Rice told reporters on Friday.

"These meetings obviously take place against the backdrop of Russia's intervention in Ukraine," Rice added. "What will be clear for the entire world to see is that Russia is increasingly isolated and that the United States is leading the international community in supporting the government of Ukraine and the people of Ukraine and in imposing costs on Russia for its aggression against Ukraine."

Mr. Obama will be joined throughout his trip by Secretary of State John Kerry.

The consultations with the G-7, which would be the G-8 if Russia had been invited to participate, will represent an implicit rebuke of Russia's incursion into Ukraine. The U.S. and its allies in the G-7 have already suspended a planned summit of the G-8 in Sochi, Russia in June in response to the crisis, and the meetings in Europe will present further evidence of the West's united front in response to Russia's action.

The already tense situation in Eastern Ukraine escalated this week when residents in the Crimean peninsula voted to secede from Ukraine in a ballot referendum that the U.S. and its allies refused to recognize.

After the vote, Russia moved to consolidate its hold on the peninsula, recognizing Crimea's independence and forcing Ukrainian military personnel to depart the region.

In response, on Thursday, the U.S. levied an expanded round of sanctions against senior Russian officials and people Mr. Obama dubbed "cronies" of Russian President Vladimir Putin. And on Friday, the European Union followed suit with sanctions of its own against 12 people in Putin's inner circle, including a deputy Russian prime minister and several senior defense officials.

The sanctions, according to CBS News Senior National Security Analyst Juan Zarate, are intended to leverage financial muscle to "change or deter the calculus in Moscow," but they're no "silver bullet."

"These types of sanctions, especially the kind that isolate [Russia] financially, aren't going to have an immediate impact," Zarate explained. Longer term, he added, the sanctions could begin to take a toll, especially if the oligarchs surrounding Putin begin to voice concern about the impact on the economy.

The coordinated effort between the U.S. and Europe to punish and isolate Russia will likely be a topic of conversation between Mr. Obama and U.S. allies during next week's meetings.

In response to the growing international punitive action, Russia fired back with sanctions of its own on several administration officials and U.S. lawmakers, including Sen. John McCain, R-Ariz., and House Speaker John Boehner, R-Ohio.

Meanwhile, Russian troops have continued massing along the country's border with Ukraine, raising fears in Europe and the U.S. of a deeper Russian incursion into the former Soviet republic.

On Friday, Rice said it's "not clear" what signal the Russians are trying to send with their troop movements.

"The Russians...have stated that they are intending military exercises," she explained. "Obviously, given their past practice and the gap between what they have said and what they have done, we are watching it with skepticism."

In addition to his meetings about the crisis in Ukraine, Mr. Obama will meet with leaders of NATO in Brussels after he departs the Netherlands. Throughout his stay on the continent, he'll consult with European leaders to build on the progress toward the TIPP free trade partnership between the U.S. and Europe.

Also on the agenda: a trip to Rome and the Vatican, where the president will have his first meeting with Pope Francis since the new pontiff took the helm of the Catholic Church just over a year ago.

And finally, before he returns to the United States, the president will stop in Riyadh, Saudi Arabia to meet with Saudi King Abdullah. Mr. Obama will stay the night in Riyadh on Friday before returning stateside on Saturday.