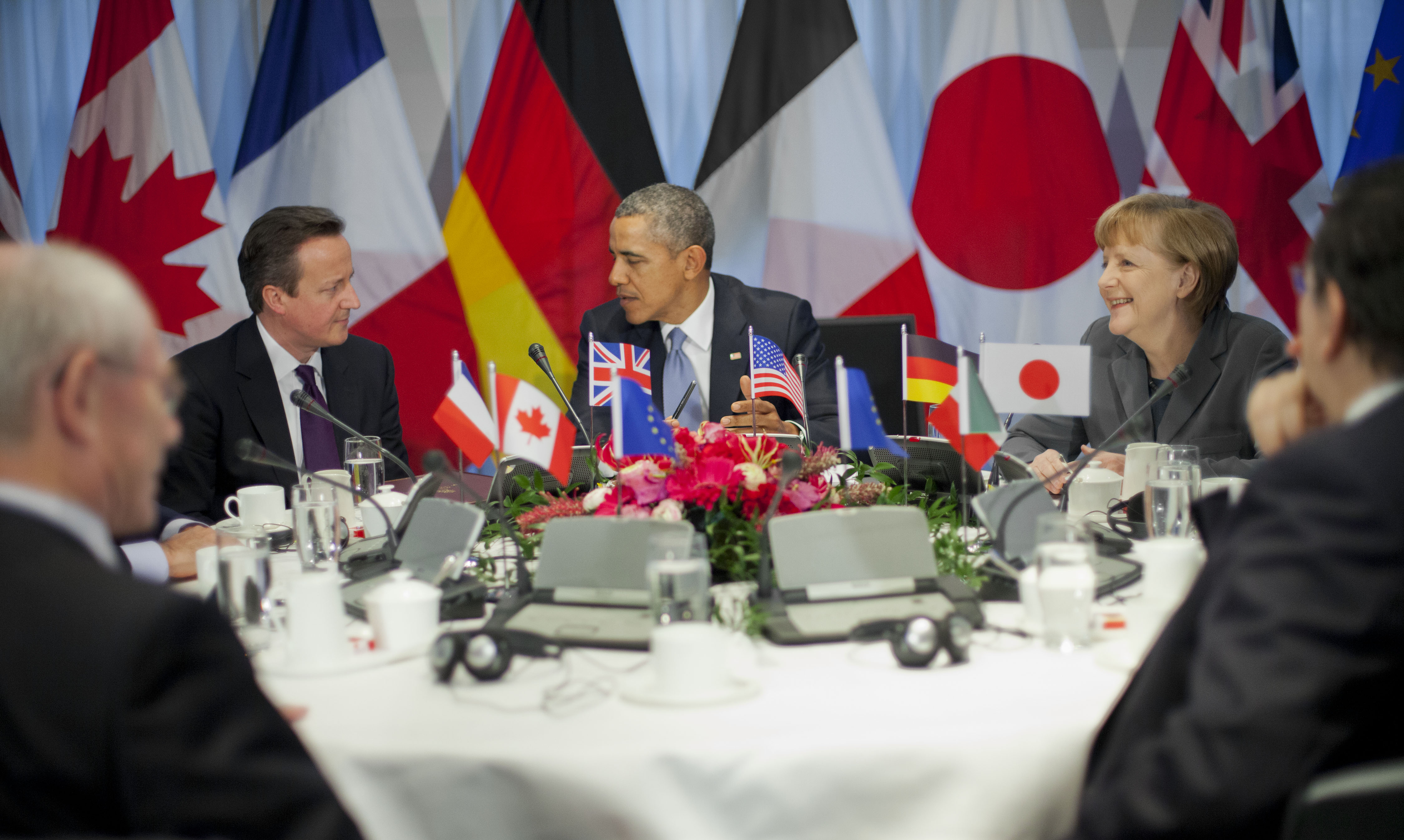 A meeting of the Group of Seven (G-7) nations in The Netherlands Monday helped cement Russia's status as persona non grata on the international stage. With President Obama meeting many world leaders in person for the first time since the crisis in Ukraine began, the group suspended any meetings of the G-8, which included Russia, until the situation in the Crimean Peninsula changes.

"This Group came together because of shared beliefs and shared responsibilities. Russia's actions in recent weeks are not consistent with them," the seven nations said in a statement released after their meeting. They announced that the planned G-8 summit in Sochi would become a meeting of the G-7 nations in Brussels, instead, and the foreign ministers of each nation have been instructed not to attend an April meeting in Moscow.

"As long as Russia is flagrantly violating international law and the order that the G-7 has helped to build since the end of the Cold War, there's no need for the G-7 to engage with Russia," said Mr. Obama's deputy national security adviser for strategic communications Ben Rhodes in a briefing with reporters before the meeting.

Mr. Obama, in the Netherlands for a nuclear security summit, the world leaders met on the sidelines to address the international response to Russia, whichformally annexed Crimea last week after the region held a secession vote that the U.S. and European allies view as illegitimate. Both the U.S. and the European Union have levied sanctions against top Russian and Ukrainian officials, and Mr. Obama signed an executive order that would authorize additional penalties against some of Russia's top industries. The statement from the G-7 meeting indicated that the other member nations were prepared to follow suit.

With Russian troop buildup on the eastern border of Ukraine, however, the crisis is far from resolved and other nations are still looking for the best way to deter further Russian aggression in the region. All of the G-7 member nations have imposed sanctions, but the suspension of Russia's membership in the group offers an additional way to diplomatically isolate Russia.

Although many experts believe Ukraine will never regain control of Crimea, U.S. officials are still holding out hope for a reversal.

"If you look at the nation's in the world there is a broad rejection of the referendum," Rhodes said. "We're just not going to recognize a new status quo that allows for the annexation of Ukraine."

Ukraine has dominated the meeting so far, extending into a meeting between Mr. Obama and Chinese President Xi Jinping. Though China is a frequent Russian ally, the U.S. is seeking to appeal to the country's core values of territorial integrity and sovereignty in order to convince the Chinese not to publicly support Russia's actions, and possibly even urge Russia to deescalate the crisis. Last week, the Chinese abstained from a vote on a United Nations Security Council referendum to declare Crimea's secession illegal.

"I believe ultimately, that by working together, China and the United States can help strengthen international law and respect for the sovereignty of nations and establish the kind of rules internationally that allow all peoples to thrive," the president said in a public statement alongside Xi before the meeting.

Rhodes portrayed Mr. Obama's requests as "one that he would make of any country."

There was at least one small breakthrough at the summit: after a conversation between Secretary of State John Kerry and Russian Foreign Minister Sergei Lavrov, Lavrov met with Ukraine's interim foreign minister, Andriy Deshchytsia on the sidelines of the summit. The U.S. has been pushing for the meeting, which is the first on the ministerial level since former President Victor Yanukovych was overthrown - and the first time Russia has recognized the legitimacy of the interim Ukrainian government, after Lavrov refused meetings several times in recent weeks.