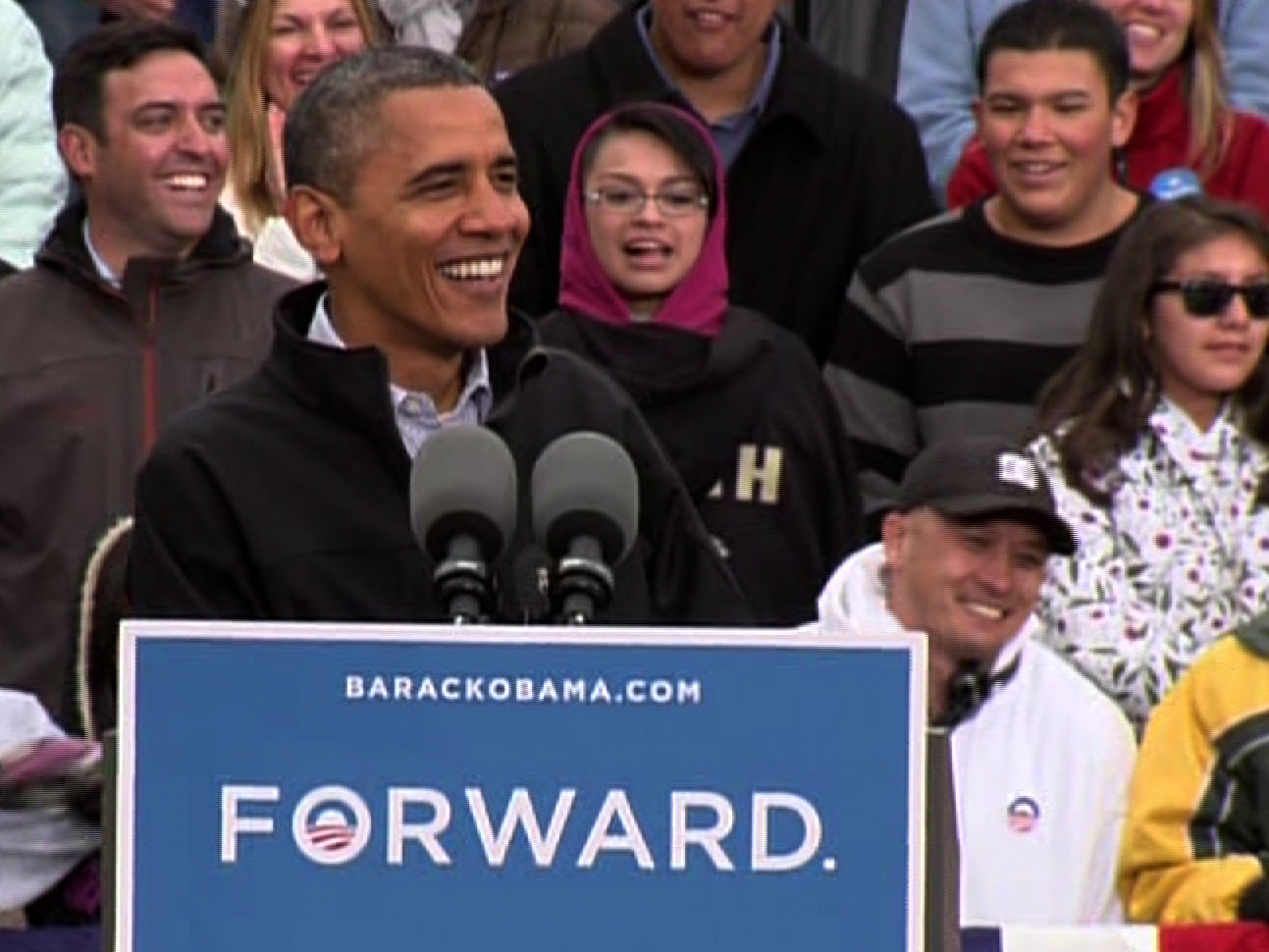 LAS VEGAS, Nev. -- On Friday, the Bureau of Labor Statistics provided a potential boost to President Obama's re-election hopes when it announced that the unemployment rate had fallen below 8 percent for the first time in nearly four years.

But the news provided little comfort here in Nevada, where the country's highest jobless rate remains mired at 12.1 percent and a particularly daunting housing crisis continues to loom like a dark cloud over the desert.

If the key issues in the election are jobs and the economy, there should be no easier venue for Mitt Romney to make his case than in a state where it has been harder for residents to find work than anywhere else and where more than 60 percent of mortgages remain underwater.

"Nevada gives us a lot of opportunities because people know that if they're voting for Barack Obama, they're voting for the same thing they have today," said Republican National Committee Chairman Reince Priebus. "The promises of Barack Obama matter, and he hasn't followed through on housing. He hasn't followed through on making it easier for people to get loans."

But so far, at least, that simple message has not been enough for Romney to overtake the president here. Obama leads his challenger by 4.6 percentage points in the latest Real Clear Politics average of Nevada polls, and the Republican has not led in a single Silver State survey in the last year.

The now infamous, secretly recorded video in which Romney characterized 47 percent of the electorate as "victims" and "dependent on government" may have been his most difficult recent political setback. But it was an earlier comment, which Romney knew full well would be publicized, that lingers as his biggest hurdle in Nevada.

"As to what to do for the housing industry specifically, and are there things that you can do to encourage housing, one is don't try and stop the foreclosure process," Romney told the editorial board of the Las Vegas Review-Journal in October 2011. "Let it run its course and hit the bottom, allow investors to buy homes, put renters in them, fix the homes up and let it turn around and come back up."

As soon as Romney's "hit the bottom" remark was published, the sound bite became a linchpin for the Obama campaign's effort to portray their opponent as insensitive to the struggles faced by the majority of homeowners here.

With that one comment, Nevada Democrats had the ammunition they needed to make what might have otherwise been an impossible case: that the candidate who should be blamed for the state's housing woes is the challenger, not the incumbent who has been guiding national policy for the last four years.

"It's about which candidate is actually trying to do something about it," said one state Democratic strategist in summing up the anti-Romney message here. "The president has come here to Nevada a number of times to announce new housing programs, for example. And all you hear from Mitt Romney is 'Those families are on their own.' That's a pretty powerful message."

That analysis rings true to Marilyn Beilstein, a retired special education teacher who spent her weekend phone-banking for the Obama campaign as other volunteers fanned out to neighborhoods around the state to register new voters before the Saturday deadline had passed.

Beilstein is part of the approximately 70 percent of Las Vegas residents whose home values are underwater, but she says she's seen some improvement in the local economy lately and believes that Obama needs another four years to turn things around.

And there are other reasons she decided to volunteer a couple of months ago, including her alignment with the president on subjects like education, health care and a host of other issues that have been highlighted in Obama's Nevada TV ads and stump speeches.

"Women's rights are very important to me because I've lived through a time when things were different," Beilstein said.

Another significant factor working against Romney is the state's shifting political alignments and demographics. Nevada Democrats have expanded the 60,000-person advantage in voter registration they enjoyed over Republicans in 2010 to about 75,000 this year.

And the Obama campaign has invested heavily in reaching out to Hispanic voters, who composed approximately 15 percent of the state's electorate in 2010 -- a number that Democrats expect to be surpassed this November.

Recent polls have shown Romney's support among Nevada Latinos to be between the mid-20s and the mid-30s. Even if the higher end of the range is more accurate, that level of support among the state's largest minority group likely would not be enough to push Romney over the top here on Election Day.

Obama also stands to benefit from Nevada independent voters, who have become collectively less conservative in recent years. But the president's biggest trump card in Nevada may be organizational rather than demographic.

Jon Ralston -- a longtime political reporter and analyst for the Las Vegas Sun, who recently founded his own Web site chronicling the state's political scene -- credits the Democrats' sizable advantage on the ground as a major reason Obama appears to have an edge.

"The Republicans here have to be upgraded in order to be classified as inept, and you just have this situation that goes against what the economic conditions are," Ralston said. "The RNC has come in here, to their credit, and realized that the Republican Party here is a joke, and so they've essentially set up a parallel organization with the Romney campaign. And they do have some good people who understand the state, but you can't just erect that type of infrastructure overnight and be able to get a ground game going."

It was Democrats' infrastructure that proved particularly successful turning out members of Nevada's powerful service industry unions in 2010, propelling Senate Majority Leader Harry Reid to victory despite favorability rating that hovered in the low-30s and a state unemployment that year rose above a grisly 14 percent.

"Everyone talks about what a terrible candidate [2010 Republican Senate nominee] Sharron Angle was, and she was, but without the infrastructure they'd built up and the ground game they had here, Reid would not still be in Washington, D.C.," Ralston said.

Romney will need more independents like Anthony to cross over to his side in the next four weeks in order to win what could be a decisive state.