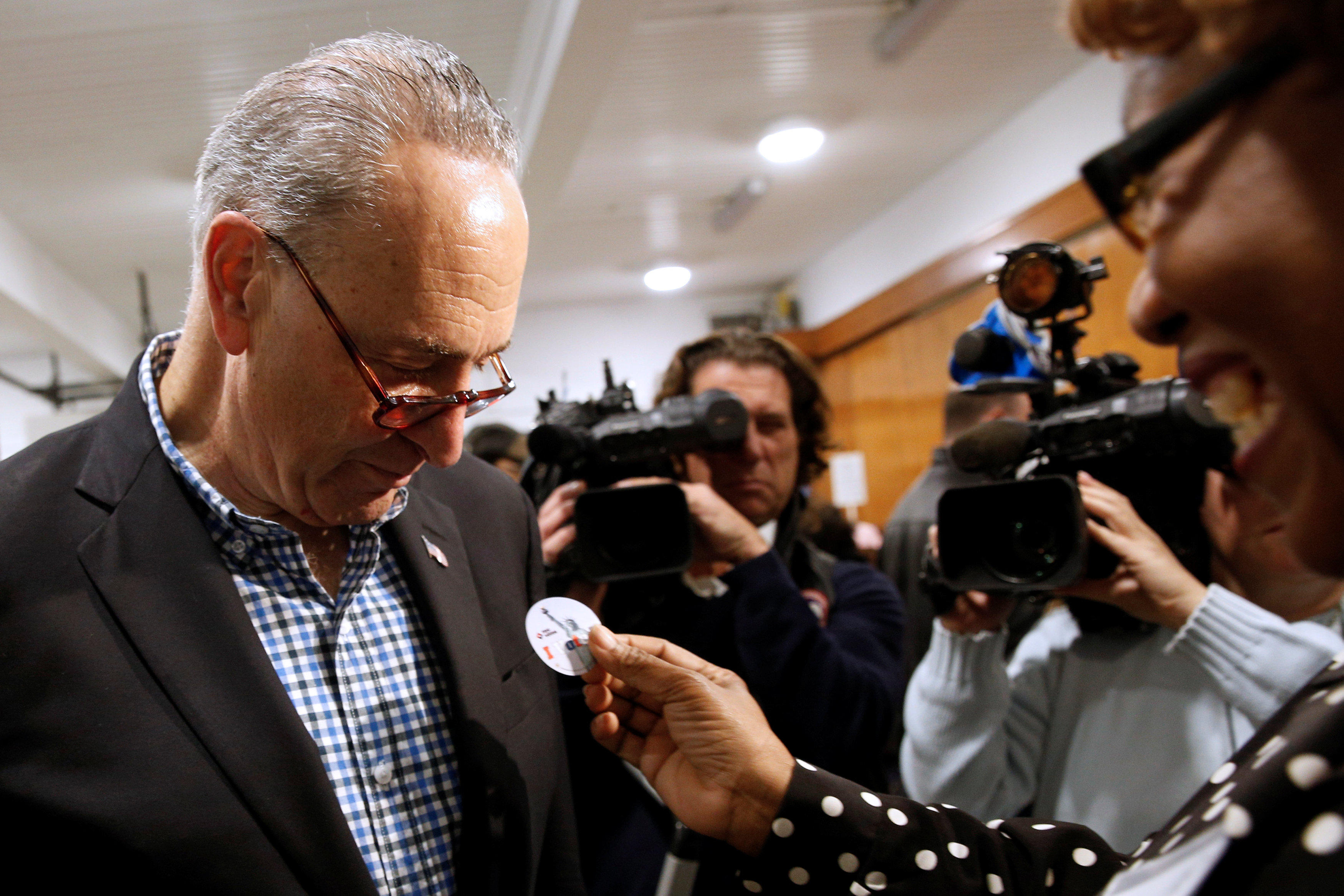 Neil Gorsuch will be the next Supreme Court justice, and will likely preside there for several decades. Republicans have the votes, and are united in their support of him. Like Justices Kagan and Sotomayor, he is a candidate who in normal times would be confirmed with more than 60 votes, thus avoiding any serious discussion of a filibuster.

But this is, of course, not a normal time. The Democratic base is furious. A non-insignificant contingent of the left sees America as spiraling toward despotism, and demands that their leaders engage in a scorched-earth battle, on every front, against Trump.

So pity poor Chuck Schumer for a moment. Progressives are marching on his home in Brooklyn, demanding he do more to stop Trump’s nominees, which he can’t really do -- Betsy DeVos’ nomination may go down because of GOP defections, and the boycotts have held up the process, but eventually Trump will get most if not all of his picks. This is a major downside of getting your voters excited and ready to fight: it invites people who demand the impossible into your ranks, and who punish you when they find out you can’t deliver.

The Republicans know all about this. Knowing what voters will allow the opposition to do, how far in their obstructionism they are allowed to go before they are punished, is figured out only through extensive trial and error. In the meantime, office holders who preach restraint and pragmatism lose primaries, and are replaced by embarrassing cranks.

The wilderness taught Republicans what battles were worth fighting. Mitch McConnell knew that he could keep Merrick Garland from coming to a Senate vote because he had figured out that, by and large, they wouldn’t care.

The Democrats, new to the backseat, don’t know what they can or can’t get away with. Worse, they don’t know what will help Trump, and whether the widespread demonstrations in recent weeks will spread beyond the protester class or simply calcify the new president’s support. Everyone gets that the rise of Trump has changed the rules, but nobody is quite sure how.

Back to Gorsuch: To filibuster or not to filibuster? This is a question about how to lose more than anything else. Schumer can authorize a go-nowhere filibuster, a move pleasing to the base, or hold off.

The latter option has the tremendous upside of allowing a filibuster for other Supreme Court nominees. Otherwise, McConnell will just get rid of it now, while Trump is still fresh and new and the GOP is holding together. McConnell and Schumer both know that the filibuster can be done away with now with little consequence. The public, never very interested in parliamentary procedure, will shrug.

So Schumer is better off avoiding that scenario, letting Gorsuch through and returning the Court to how it was before Antonin Scalia’s death. It would be right-leaning again, but not radically so, the balance of power being the same as when it upheld Obamacare and made marriage equality law nationwide.

Will the base get that, though? Will they allow Gorsuch to pass on to the court, and trust Schumer’s strategic calculations? The answer is almost certainly no -- that they’ll view it as another sell out by the neoliberals who allowed Trump to happen in the first place. They want a fight on every front, no matter how hopeless. The Republicans, no strangers to this destructive dynamic in their own house, are understandably ebullient.

This is right now the key division in the Democratic Party. The activist left, emboldened by Hillary Clinton’s failure, wants Schumer and company to look weak so politicians more allergic to compromise can replace them. They are joined in this effort by less-crafty new arrivals to the Party, folks who have never much cared for serious politics but are disgusted by Trump’s win.

Together, they want more protests, more fights, more disruption. They’re looking to break stuff, and for some that is an end in itself.

And on the other side of this coalition you have Schumer and the elite Democrats, who hate Trump but don’t want everything to go wacko. They care about norms, procedure and a degree of civility – all anathema to the lefty activists – but also about winning battles on the current field, the one in front of them.

They are not, by nature, great dreamers, which has the advantage of sometimes giving them a shrewder tactical sense. If we play this filibuster card now, we won’t have it when we need it, is the message Schumer must somehow find a way to translate and make acceptable to the base.

This is not only harder than it sounds, it may be impossible. “A line must be drawn, but somewhere else,” is not exactly the stirring message liberal voters demand.