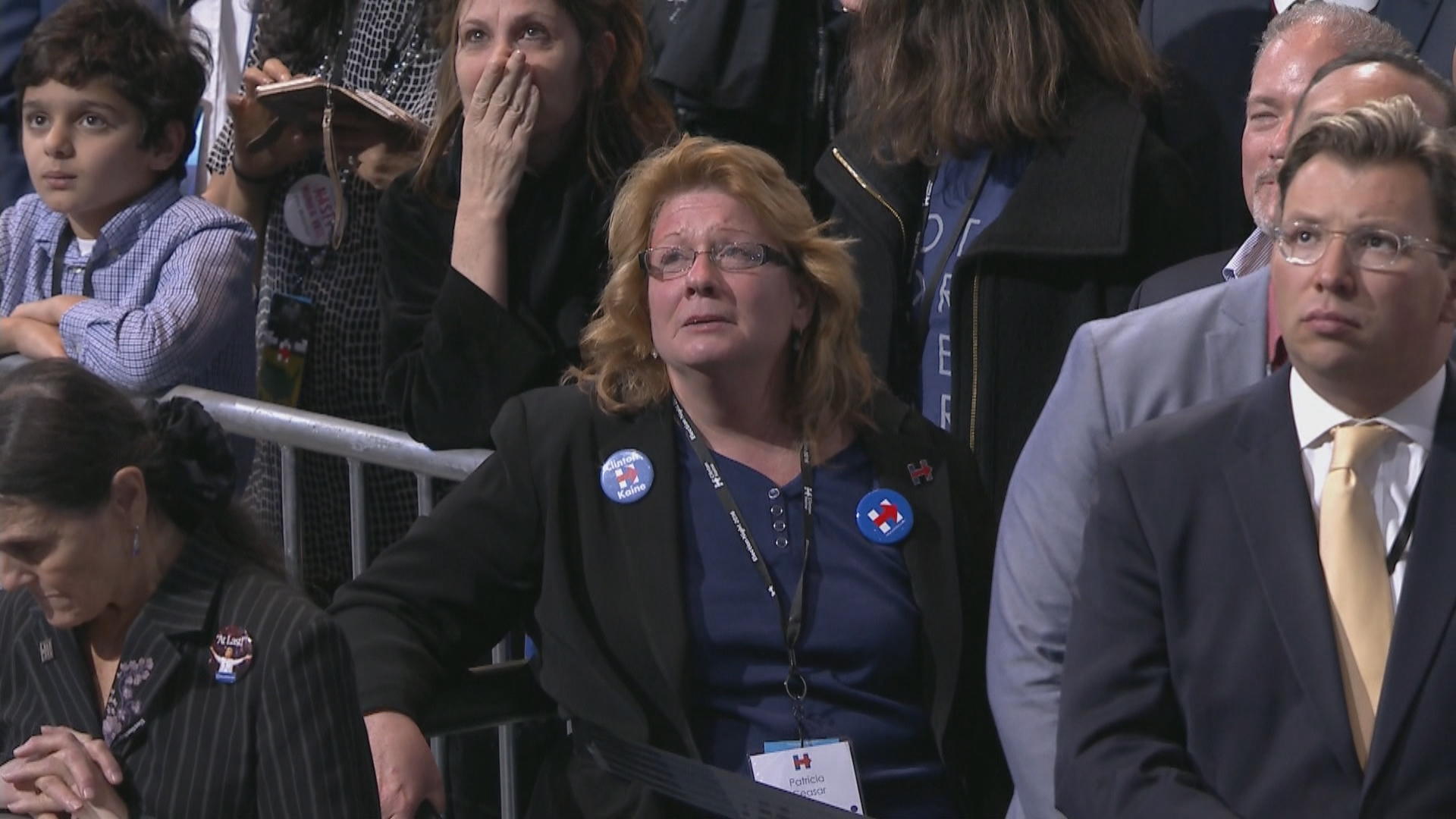 Hillary Clinton called president elect Donald Trump to concede at about 2:30 a.m., but gave no speech and put out no public statement Tuesday night after her stunning defeat. Now, supporters are awaiting her speech Wednesday at 10:30 E.T.

On Tuesday night, Clinton campaign chairman John Podesta told supporters she would not say anything and they should get some sleep.The mood in the hall at Javits Center went from jubilant to shell-shocked as the returns came in. People were crying, hugging and many of them wore looks of disbelief, reports CBS News correspondent Nancy Cordes.

Every campaign shows a certain amount of bravado in the closing stretch. You never want to indicate you are losing, but that’s not what was going on in the closing days of the Clinton camp. This campaign had been so sure of victory based on its data that at 8 p.m., they told us Clinton was putting the finishing touches on one of the two speeches they had prepared for her – a sign they all believed she had won and might even be declaring victory on the early side.

They even had transition meetings set up for Wednesday morning, and believed Clinton would be going to Washington D.C. Thursday to meet with President Obama as the first female president-elect. A lot of those tear-trained faces at the Javits Center were young women, who were convinced she was going to break the glass ceiling.

Their easier path to victory, they thought, was going to be to hold Michigan and win Nevada, Colorado, Pennsylvania and Virginia. Both their internal polling and public polling showed her leading in all of them going into Tuesday’s race. She was ahead in the polls in every state she needed to win and had been for months -- sometimes by double digits.

She had a superior ground game. They had so much money to spend on ads and staff that they closed this campaign with $150 million. So to say aides were stunned is an understatement.

But her turnout was soft in some key urban areas, and suddenly, Pennsylvania, where polls had her up eight points, turned into a nail-biter. Michigan, a reliably blue state, was also a nail-biter.

And Wisconsin truly came out of nowhere. Aides freely admitted to Cordes that it had not even been on their radar screen. Clinton hadn’t visited the state since the primary in April. President Obama won in that state by seven points in 2012.