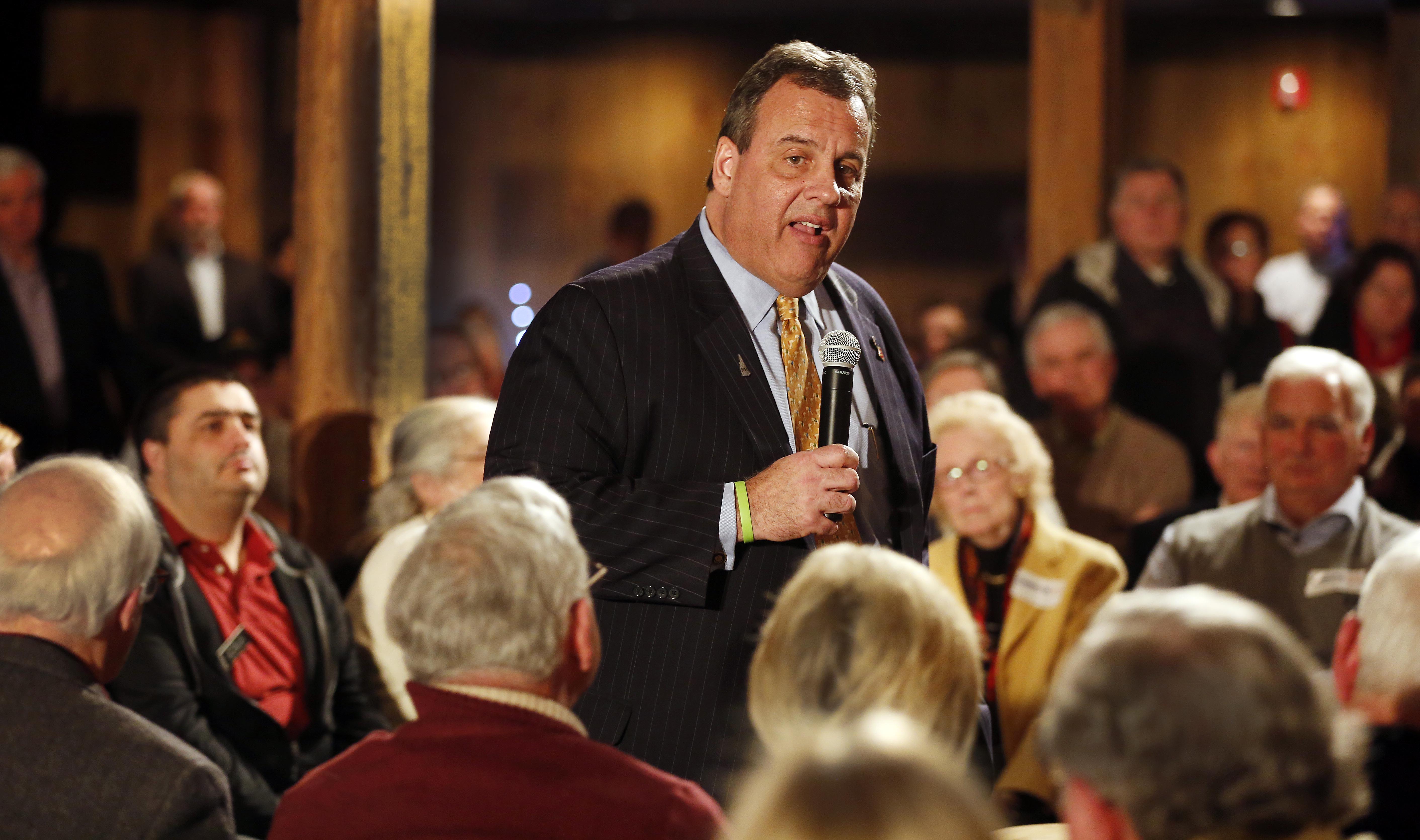 MERRIMACK, New Hampshire -- New Jersey Gov. Chris Christie defended Donald Trump on Saturday, saying "I don't think he is a bigot," while criticizing the media for accusing his supporters of being racists.

While speaking with reporters at a campaign stop in Merrimack, New Hampshire after Christie's 38th town hall in the primary state, Christie was asked how he would balance his pledge to support Trump if he were the nominee with a need to condemn discriminatory language towards religious groups. Trump has called for a temporary ban on all Muslims entering the United States in the wake of the Paris and San Bernardino attacks.

"There is a whole variety of reasons why these folks may support Mr. Trump," he said.

Christie was visiting the DW Diner, where one patron, Derek Giardina, told CBS News he was deciding between Trump and Christie -- but that he supported Trump's idea to keep Muslims from entering the United States.

"It sounds bad and it sounds horrible but it's really not," Giardina explained. "Look at all the innocent people who have been hurt in the U.S. Are we going to let innocent people in America get hurt or care about other people's feelings?"

Christie held back from criticizing Trump on Saturday, but he did take an opportunity to jab another rival -- Florida Sen. Marco Rubio, who has been criticized for missing important votes in the Senate while on the campaign trail. Rubio has said he is missing votes because the Senate is ineffective and he thinks he can do more as president. Christie called his explanation for missing those votes "baloney."

"He's not showing up now because he's running for president," Christie told the crowd. "Okay, I understand that. But don't try to make it some self-righteous act of patriotism and a stand that I'm taking because we need a new president."

Christie, who is narrowly trailing Rubio in most recent polling in New Hampshire, didn't stop there.

"Come on, Marco," he added. "We don't believe any of that. You're not showing up because you've got to be here. Well, not here. He's never here... but in Iowa or New York, at hedge fund places raising money and whatever it is he's doing."