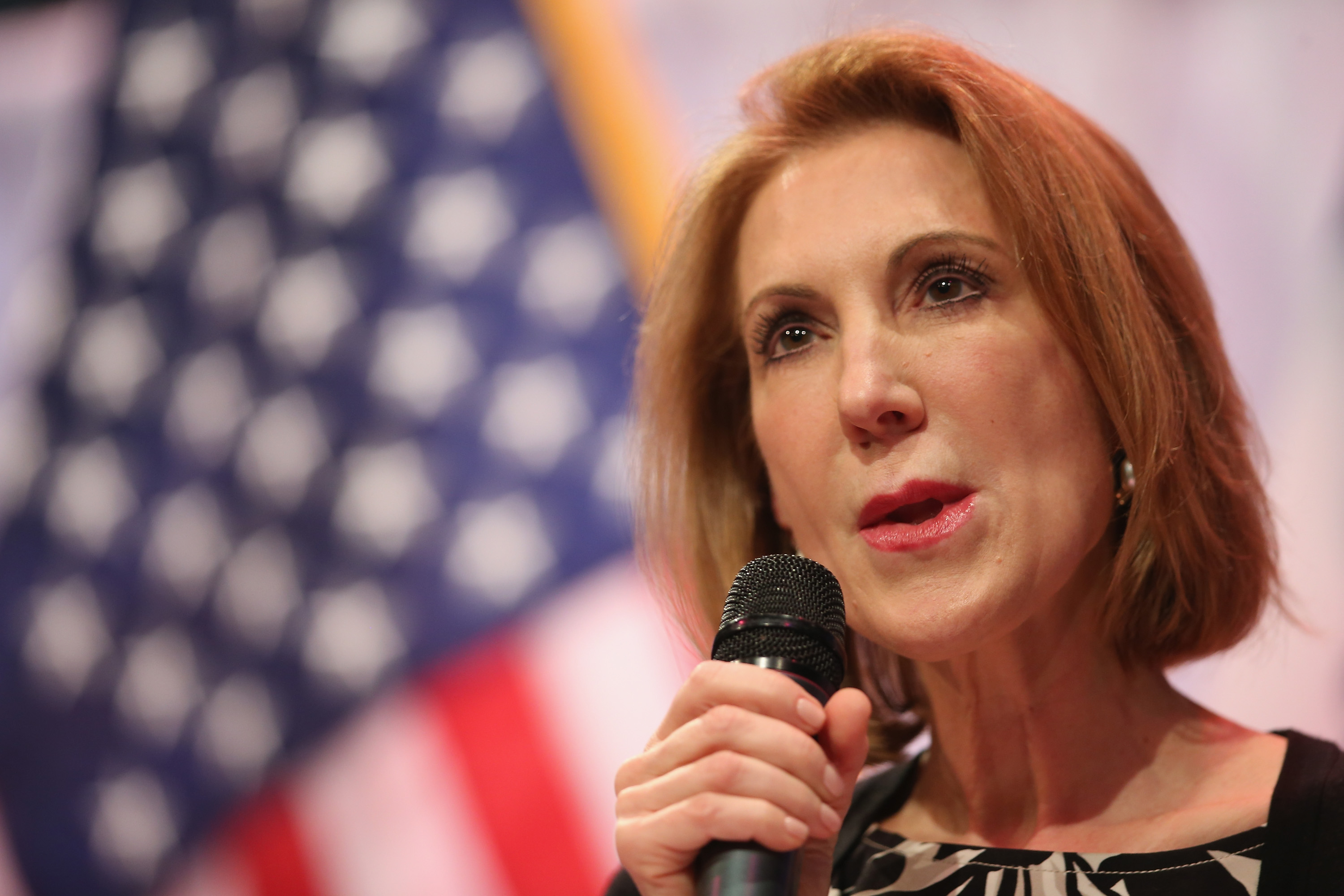 Carly Fiorina slammed Democratic presidential candidate Hillary Clinton for the use of a private email address and server while serving as secretary of state, saying the independent server was "capable of being hacked."

The Republican contender for the White House added that America wasn't "worried about it being stolen," responding to Clinton's assertion that the server's contents were protected by secret service agents.

Fiorina's attack comes just as Hillary Clinton has directed her staff to turn over her email server to the Justice Department. Clinton also instructed her team to hand over a thumb drive containing copies of the emails previously provided to the State Department.

A recent Monmouth University poll showed that a majority of registered voters aren't particularly suspicious of Clinton's private email use, with 51 percent of American voters believing that it was simply a matter of convenience. Only 38 percent think that the server suggested the former secretary of state had something to hide. Still, 52 percent of surveyed voters supported a criminal investigation of the emails in order to examine the potential release of classified material.

"Mrs. Clinton continues to defend Planned Parenthood as video after video comes out and displays in its full horror the fact that we have Planned Parenthood employees picking over body parts while exclaiming 'look it's a baby,'" the GOP presidential candidate said. "I think the American people need to understand how extreme Democrats have become in [their] defense of abortion. It's not a life until it leaves the hospital. The vast majority of Americans know that that position is wrong."

The Pew Research Center says that a majority of adults in the U.S. - 51 percent of the population - support legal abortion in all or most cases. Forty-three percent believe abortion should be illegal all or most of the time. The Fiorina campaign points out that most Americans support restricting late-term abortions.

The Republican presidential candidate also bashed another fellow contender for the White House, Donald Trump, over his stance on abortion. Fiorina accused Trump of taking on "Democrats' talking points on Planned Parenthood," and added that there are many other organizations that promote women's health issues.

Fiorina has seen a recent surge in polls following her debate performance last Thursday. Among Iowa Republicans, the former tech executive is edging out Jeb Bush and several other 2016 candidates, according to a new poll from Suffolk University. And in New Hampshire, Fiorina is now considered among the top five candidates in the early-voting state.