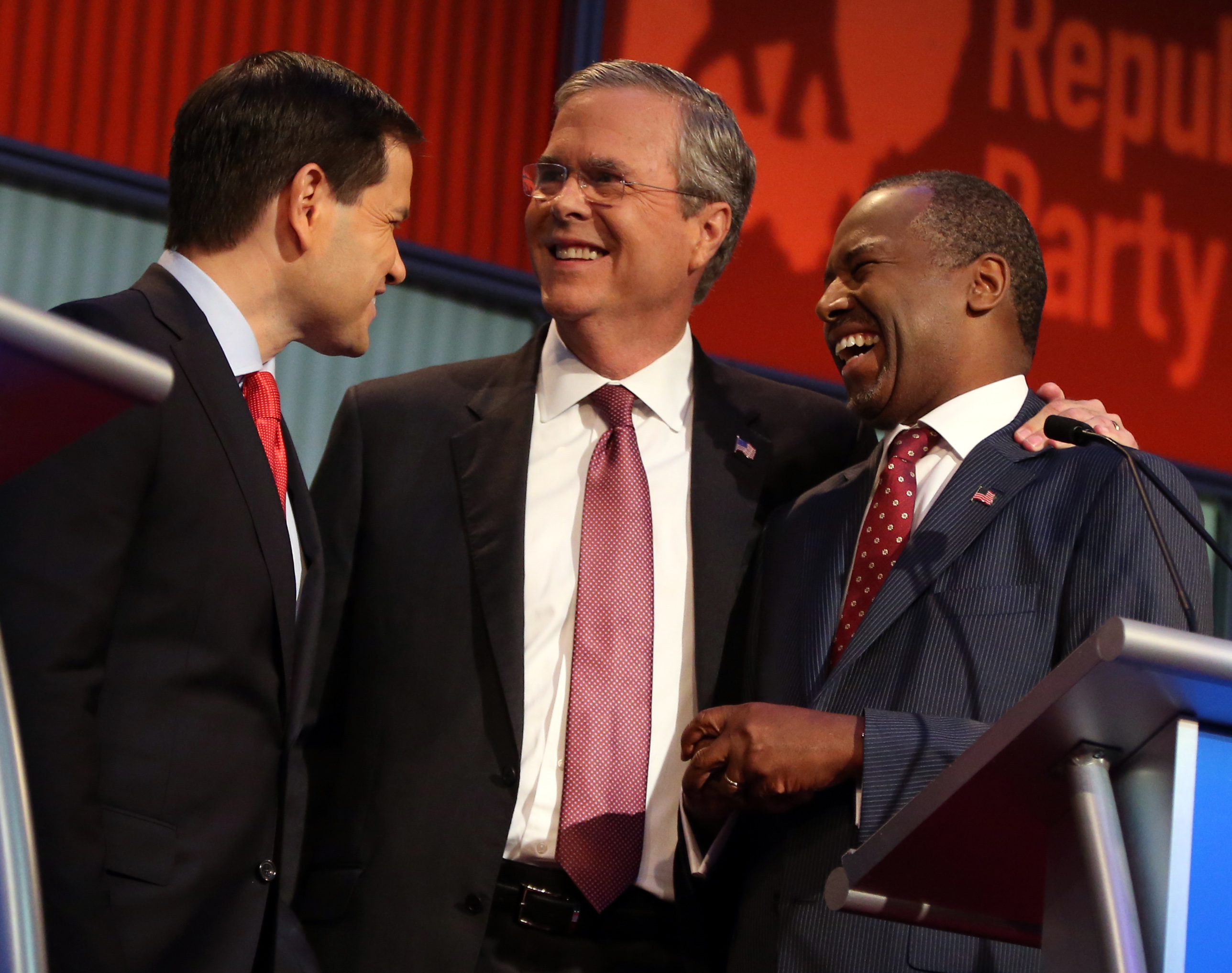 The Republican candidates on stage during Thursday's debate generally agree on abortion and on defunding Planned Parenthood, but differences still emerged - here's what they had to say about the issues, and how much of it was accurate.

Planned Parenthood has been at the center of controversy in recent weeks after the release of undercover sting videos that show its employees conversing about compensation for the handling of fetal tissue.

Republican candidates and lawmakers have been calling for investigations and, at minimum, the defunding of the women's health organization. GOP lawmakers didn't manage to defund the organization when the Senate voted last week, but Wisconsin Gov. Scott Walker boasted that he's succeeded where they've failed.

"I defunded planned parenthood more than four years ago long before any of these videos came out," Wisconsin Gov. Scott Walker said. "I've got a position that's in line with every day America."

Planned Parenthood still has 22 facilities in Wisconsin, but it did have to shut down five facilities, according to the Wisconsin Journal-Sentinel after Wisconsin passed a budget withdrawing $1 million in funding from any facility that provided abortions.

This appears to be true - The St. Petersburg Times reported 2003 that "Planned Parenthood of Southwest and Central Florida lost $124,000 last year from its family planning division. Bush diverted the funds to abstinence-only educational programs."

Former Arkansas Gov. Mike Huckabee, who is also a former Baptist minister, practically mocked the other candidates' talk of defunding for Planned Parenthood - "as if that's a huge game-changer," he said, dismissively.

Rather, he proposed to "do something even more bold." Huckabee wants to apply the Constitution's due process to defend the unborn.

"I think the next president ought to invoke the Fifth and 14th Amendments to the Constitution," Huckabee said. "Now that we clearly know that that baby inside the mother's womb is a person at the moment of conception."

That would mean going around the Supreme Court, which ruled in "Roe v. Wade" that a woman has the right to an abortion under the 14th Amendment's right to privacy.

The Arkansas Republican added that the reason we know life begins at the moment of conception is "because of the DNA schedule that we now have clear scientific evidence on."

There is no such thing as a DNA schedule. This is a phrase coined by Huckabee, who wrote on his website that "Life begins at conception. This isn't just a Biblical view -- it's affirmed by modern science and every unique human DNA schedule, which is present at conception."

Sen. Marco Rubio was on the defensive after debate moderator Megyn Kelly suggested that the Florida Republican would "favor a "rape and incest exception" to abortion bans.

"I have never said that," Rubio objected. "And I have never advocated that. What I have advocated is that we pass law in this country that says all human life at every stage of its development is worthy of protection."

But he appears to be wrong about never having advocated the exception. In 2013, Rubio cosponsored a Senate bill with wide-ranging Republican support called the Pain-Capable Unborn Child Act, which would have banned abortions after 20 weeks, and that bill had exceptions for rape, incest, and in cases when the mother's life was threatened.

Walker also told the debate audience, "I've always been pro-life and I've got a position I think is consistent with many Americans out there in that I believe that that is an unborn child that's in need of protection out there.