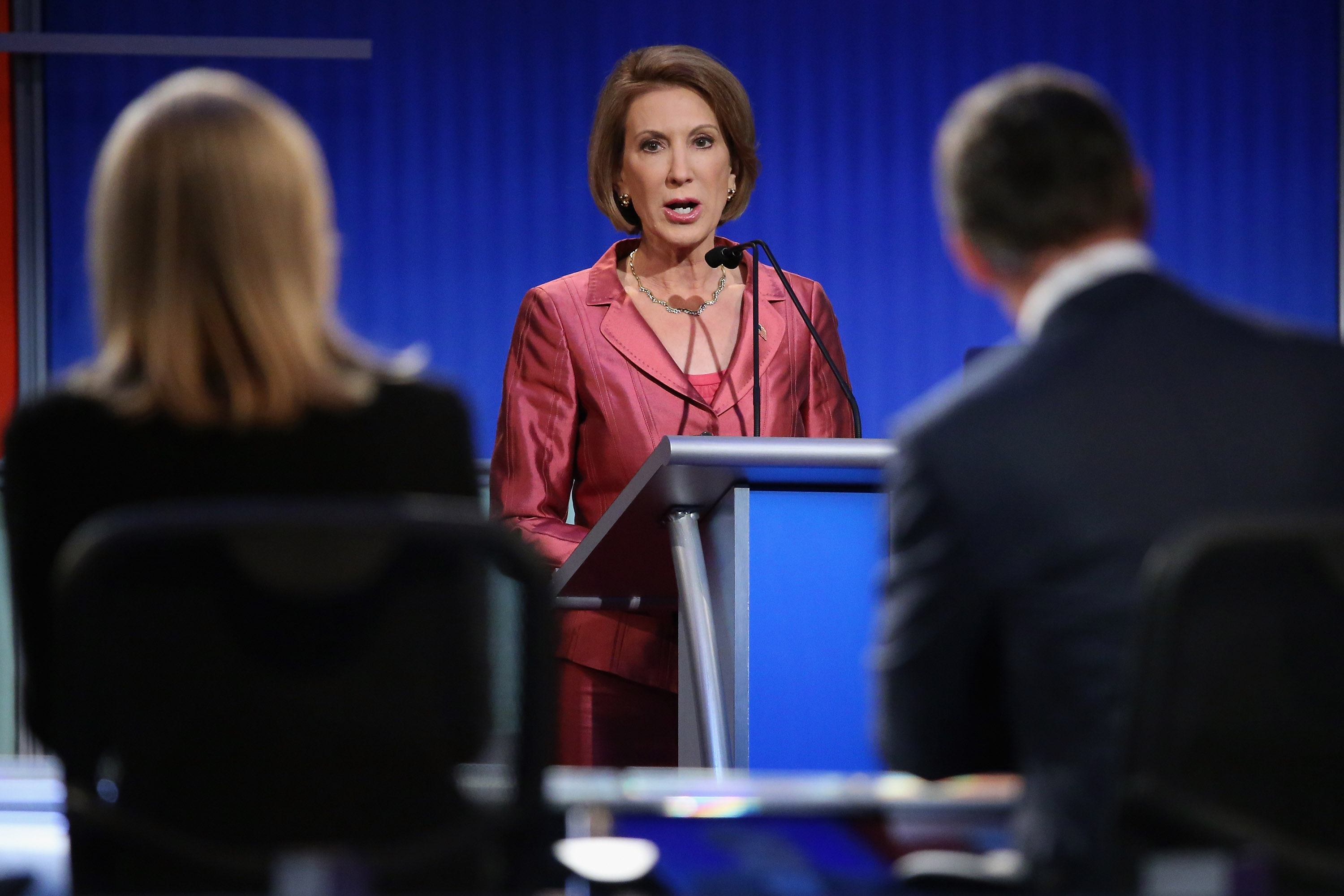 Former Hewlett Packard CEO Carly Fiorina didn't make the cut for the nation's first prime-time Republican presidential primary debate last week, but her scrappy performance in an earlier debate was enough to earn some affection from Republican voters in Iowa.

None of the 11 remaining candidates won more than 5 percent support. Bush came in at 4.6 percent.

The poll has a 4.4 percent margin of error, suggesting that there's plenty of room for the top and middle-tier candidates to shift positions in the polls.

This is the first poll Suffolk has conducted specifically in Iowa, but an average of polls compiled by RealClearPolitics shows that ahead of this survey, Fiorina was averaging 4.5 percent support in the state.

While Fiorina still trails five candidates in Iowa, the interest in her campaign is notable, given that she was relegated to Fox News' second-tier debate last week due to low polling figures. Many analysts judged Fiorina the stand-out of the second-tier event, citing her pointed attacks on Trump and Democratic frontrunner Hillary Clinton, along with her crisp, polished demeanor.

Nearly 93 percent of the Iowans polled by Suffolk said that Fiorina should be invited in the future to debate against top-tier Republicans.

More than half of Iowa Republicans surveyed said they feel less comfortable with Trump as a candidate after the debate.