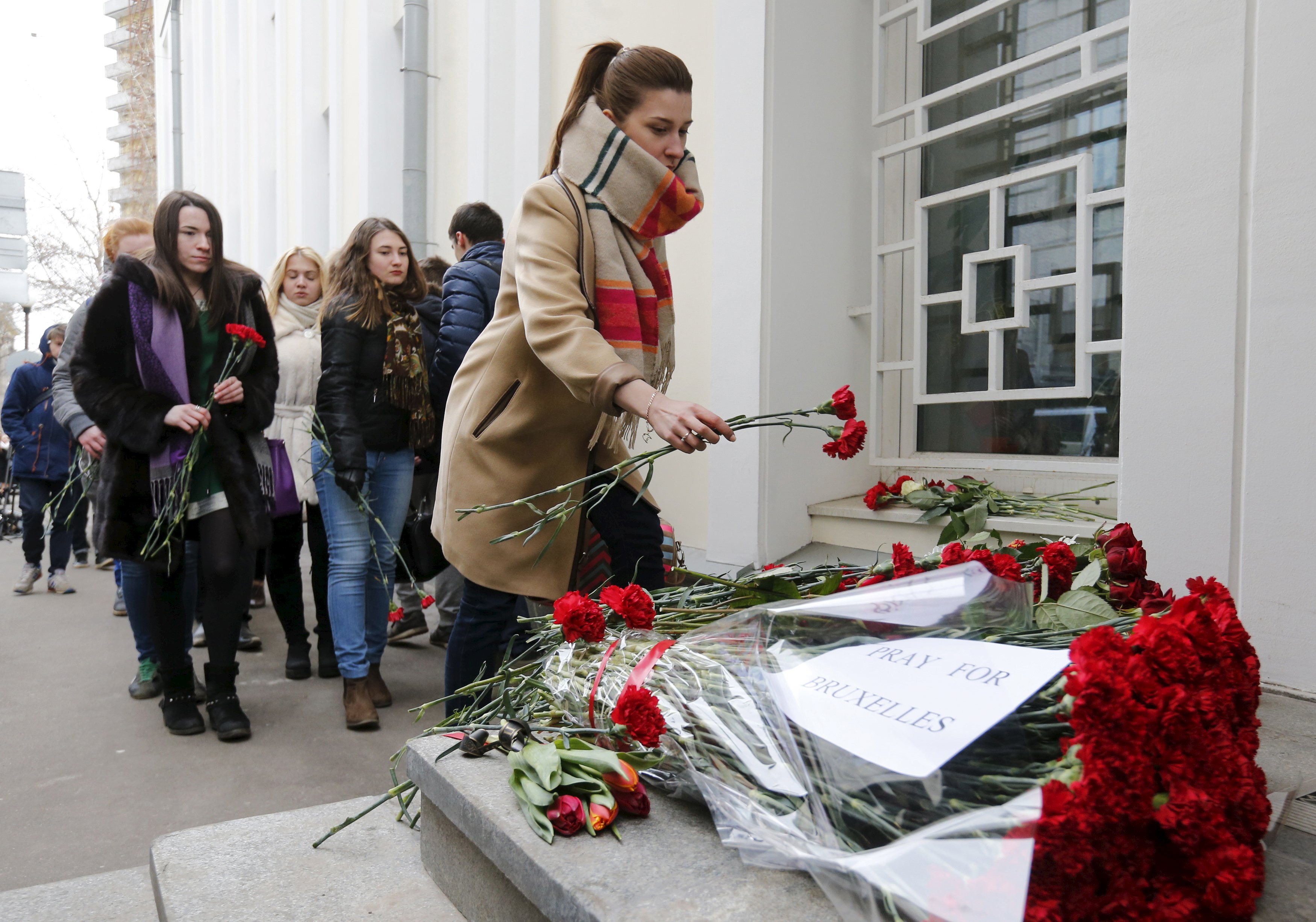 In reaction to the Brussels bombings Tuesday, Donald Trump is calling for tougher border security, warning that Brussels was "peanuts" compared to what could happen in the U.S.

The U.S., he said in an interview with CBSN, can't be a country without borders. Trump compared the southern border to "Swiss cheese" and said, "We have to be careful -- much tougher than we've been" on people whom he said were coming into the U.S. "at will." He added, "Look at what just happened in Brussels -- peanuts compared to what's going to happen."

Trump said he has not yet spoken to the foreign policy advisers he revealed Monday (he says more are on the way), but he said that if his new advisers don't tell him to be strong and tough on the border, he "probably wouldn't be a fan of that particular person."

The GOP front-runner also suggested that the Brussels attacks show that the U.S. must be vigilant and demand perfect documentation for everyone crossing into the U.S. Trump suggested that Syrian migrants should not be allowed into the U.S., a position he has taken in the past. When asked whether it was fair to tell travelers with European passports and "Muslim-sounding names" to go to the back of the line, Trump said, "It's not a question of being fair, it's a question of being smart."

Hillary Clinton told "CBS This Morning" on Tuesday that the attack is a "continuing reminder of how sophisticated the terrorists are."

The Democratic presidential frontrunner said she has been calling for closer cooperation between the U.S. and its allies and said the U.S. must increase pressure on the Islamic State in Iraq and Syria (ISIS) to dismantle their network of arms, recruiting and propaganda.

Clinton appeared to take a swipe at Trump by saying the U.S. must continue to increase cooperation with European allies through NATO, which she said "remains an indispensable alliance for us." On Monday night, Trump said the U.S. should reevaluate its membership in NATO.

She said that the world shouldn't panic in these situations because the goal of terrorists is to intimidate.

"These terrorists seek to undermine the democratic values that are the foundation of our alliance and our way of life, but they will never succeed. Today's attacks will only strengthen our resolve to stand together as allies and defeat terrorism and radical jihadism around the world," she said in a statement released by her campaign.

John Kasich, the governor of Ohio, told MSNBC's Brian Williams that President Obama should return to the U.S. from his trip to Cuba and Argentina.

"I would hope what the President would do, Brian, and perhaps they are, is I think he ought to return home," Kasich told MSNBC's Brian Williams. "He ought to work with the, you know, the heads of state around the world. They ought to assemble teams and they need to examine these vulnerabilities we have, because without effective human intelligence, without coordination and cooperation among all the civilized nations, we get these gaps and these gaps get exploited by these people who are intent on killing civilized people."

Ted Cruz said in a statement that the attacks "are no isolated incidents," and he continued, "They are just the latest in a string of coordinated attacks by radical Islamic terrorists perpetrated those who are waging war against all who do not accept their extreme strain of Islam."

Cruz also criticized the president for not blaming Islamic militants.

"Radical Islam is at war with us. For over seven years we have had a president who refuses to acknowledge this reality," he wrote. "And the truth is, we can never hope to defeat this evil so long as we refuse to even name it. That ends on January 20, 2017, when I am sworn in as president. We will name our enemy -- radical Islamic terrorism. And we will defeat it."

The president emphasized that the "world must unite" and said the U.S. will do whatever is necessary to support Belgium and bring the terrorists behind the attacks to justice.

"We must be together regardless of nationality or race or faith in fighting against the scourge of terrorism," he said in Cuba on Tuesday.

Bernie Sanders said in a statement that the attacks were "another cowardly attempt to terrorize innocent civilians."

"Today's attack is a brutal reminder that the international community must come together to destroy ISIS. This type of barbarism cannot be allowed to continue," he said.